Weather:SE force 2
On arrival at the obs before 6am a Firecrest was heard singing in the garden, it filtered north down the island and was eventually singing again in the SK paddock where it trapped for ringing. Firecrest is less than annual at Hilbre and is more often found in autumn but spring records are generally in April/early May, and in fact this is possibly the latest ever in spring. 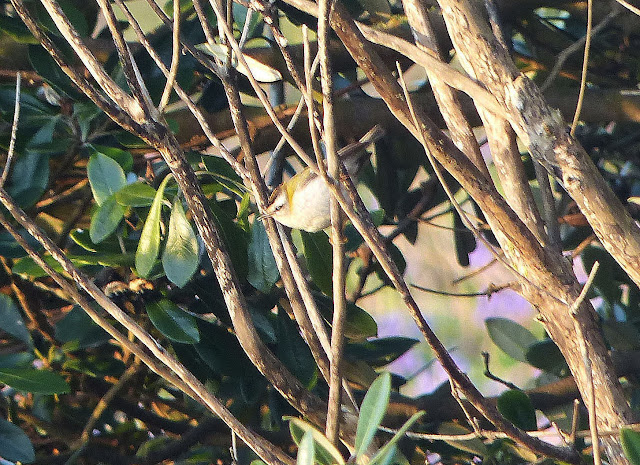 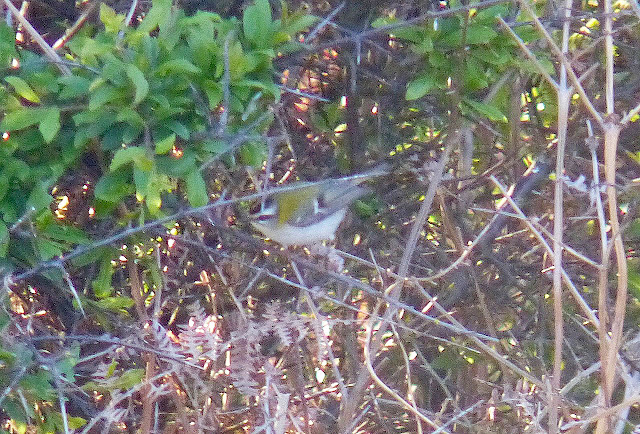 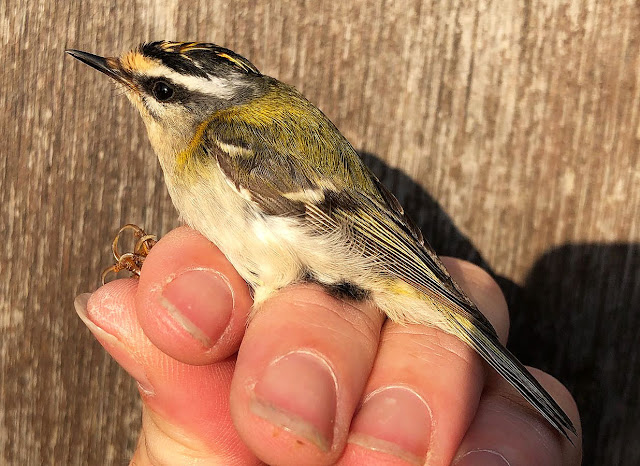 A nice surprise for the observers then who are always hopeful of finding a good bird despite most migrants having now completed their journey.
A Woodpigeon was trapped at the same time, providing a comparison between little and large! 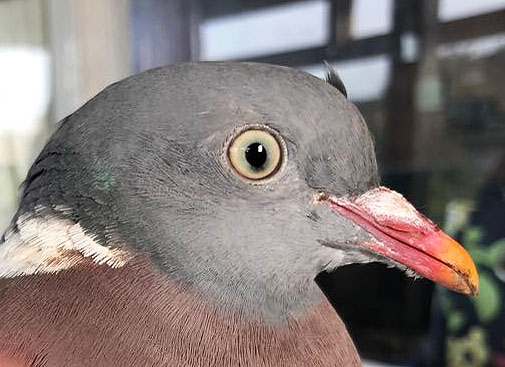 A Collared Dove passed south over Middle half an hour earlier, while on the main island during the morning were male Chiffchaff and Whitethroat (both singing) also a male Wheatear. The only small passing visitor was a Redpoll although a couple of Goldfinches were again noted, we are not sure what exactly they are up to.
An unexpected treat was the sight of 5 Pink-footed Geese walking around the west hoyle sands for half an hour until the tide covered it, and even then they were reluctant to fly and just floated away (distant record shot below). 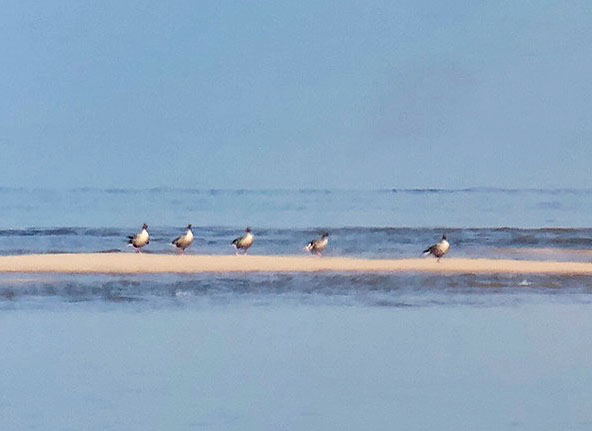 The calm sea also provided opportunities to watch the sea and log 26 Gannets and 28 Guillemots and the now almost expected Harbour Porpoise.
Fifty Sanderling flew north and 80 Dunlin were about with 3 Whimbrel on the island
Some of the Herring Gulls were lunching on Starfish at the north end. 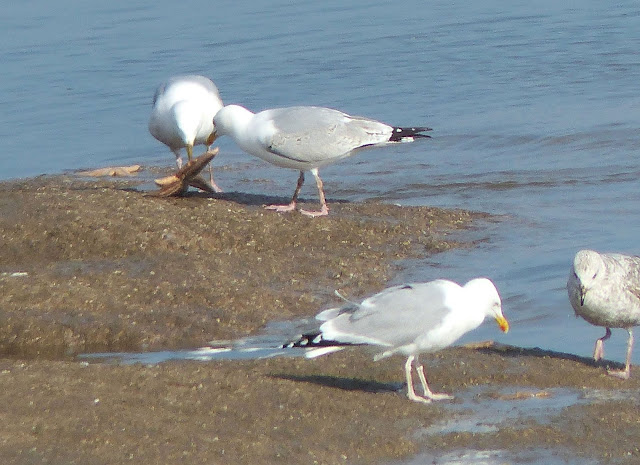