Weather: NW force 2 then variable direction, partly cloudy vis 3 miles
Another morning without much visible migration, 2 Chiffchaffs and a Willow Warbler were down, as was a Whitethroat, and seen in passing 2 House Martins, 1 Yellow Wagtail, a Redpoll, and about 10 Goldfinch flying about. Two Wheatears were on but failed to appreciate the mealwom bait. 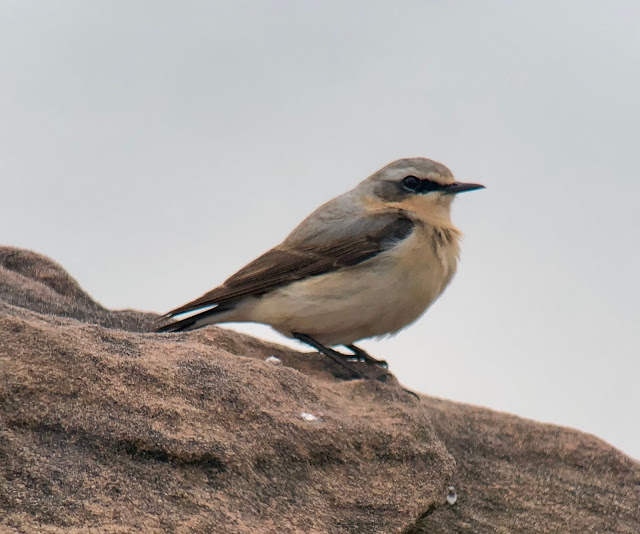 Highlight of the morning after yesterdays Tree Sparrow was another Sparrow, this time a House Sparrow that sat on the heli trap roof and the wall and did a couple of circuits of the island before flying off with Goldfinches. 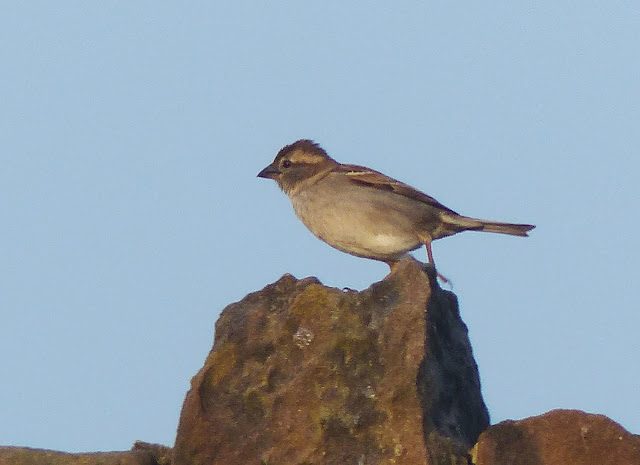 The western sea watch was dominated today by Gannets, with 183 diving and resting on the ebbing tide, and 14 Manx Sheatwaters also staying a long time. Also present 3 Little Terns and 1 Red-throated Diver.
A plentiful number of Dunlin and a few Ringed Plover are still around the shore, also the 2 Eiders and 7 Whimbrel.
A pair of Peregrines were active in the Middle Eye area.
An Orange Tip butterfly again featured among the Small Whites flying in the sunshine. 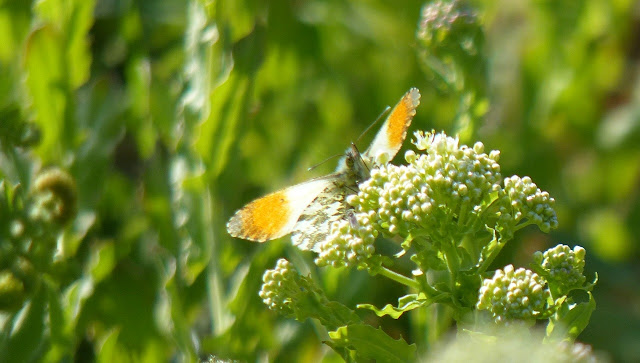