Weather: SE force 2 mostly sunny
A late Willow Warbler was in the paddocks this morning but no sign of any of the larger warblers, and the only other grounded migrant was a single Wheatear. A Yellow Wagtail called as it passed through and 6 House Martins joined the Swallows feeding over the island and a Collared Dove flew south towards Middle being 'seen off' by the local Meadow Pipits. Despite the lack of numbers of birds it was nevertheless a very pleasant morning in the fine weather with lots of flowers now to admire. 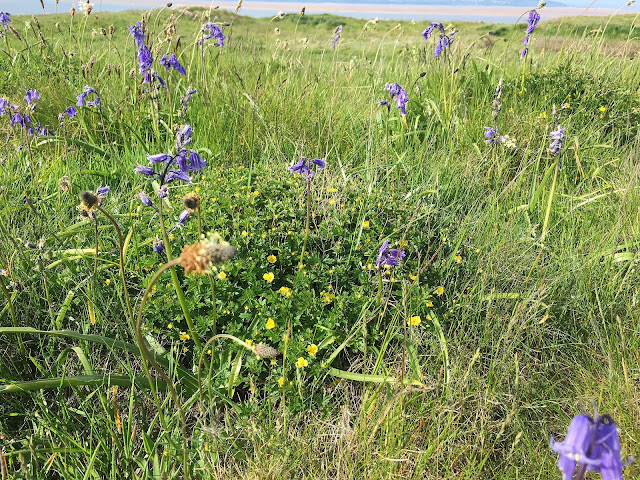 There seem to be good numbers of breeding Linnets this year, although nationally they are in decline.

The 2 Eiders were again loafing off the west side and about 50 Gannets diving further out, with 3 Little Terns also identified amongst the other terns towards the west hoyle.
An Orange Tip butterfly flew again in the sunshine.
Ringed: 1 Willow Warbler, 1 Linnet        [ 356-24 ]
Posted by Colin Jones at 13:36