Weather: E force 1/2  heavy mist, hazy sun and warm.
The wind direction was variable before settling in the east and a touch of south at first provided a small flow of migrants to the island. The first Spotted Flycatcher of the year was soon followed by 2 others, a few Willow Warblers and a Chiffchaff on the ground. Three Spotted Flycatchers in a day is exceptional for us and most welcome. 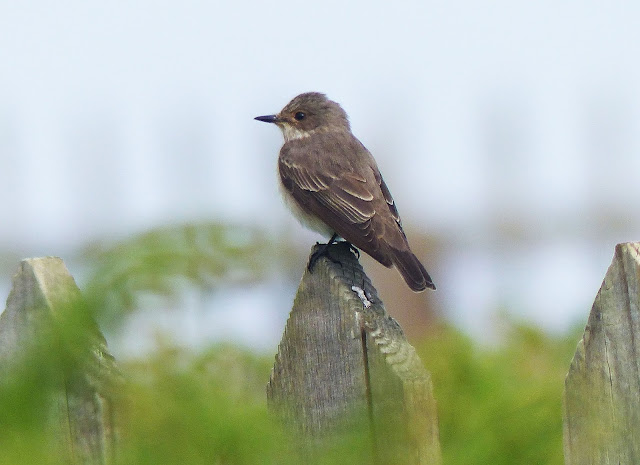 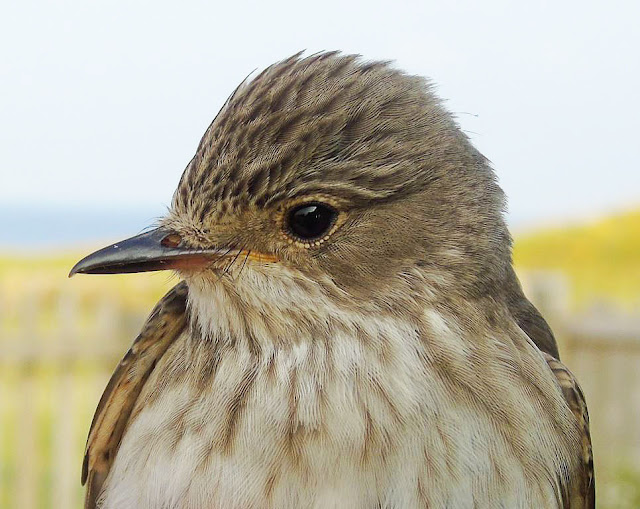 Two Swifts screamed as they crossed Middle heading east early on, a rare sight this spring, but no extra Swallows or Martins joined the breeding pairs feeding over the island.
A Woodpigeon flew around the island and just as it crossed the obs garden going to Middle a Fulmar came low over the garden heading in the opposite direction. Fulmar reconnaissance visits are noted here most years in late spring. The Blue Tit from 3 days ago was glimpsed in the heli garden early morning but not later on, although it may still be there. Few waders were about at high tide, just 14 Dunlin, 4 Ringed Plover and 2 Whimbrel could be found in addition to the 300 or so Oystercatchers. The Eiders were not seen this morning but a single Common Scoter was at the north end and a  Guillemot sat on a rock on the west side as the tide approached. 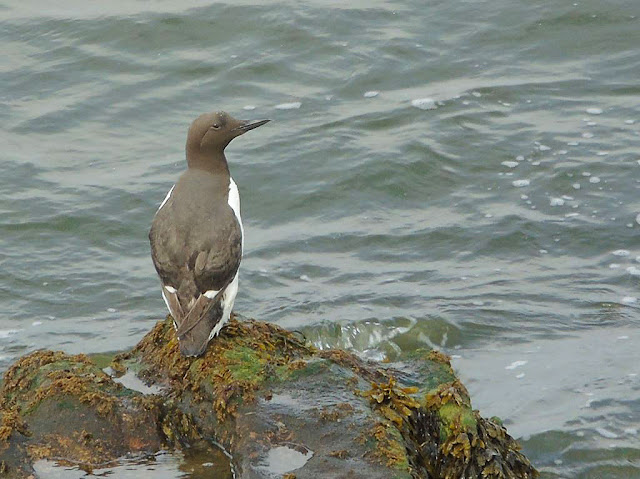 Breeding birds are now seen carrying food for their young, and others nesting material. 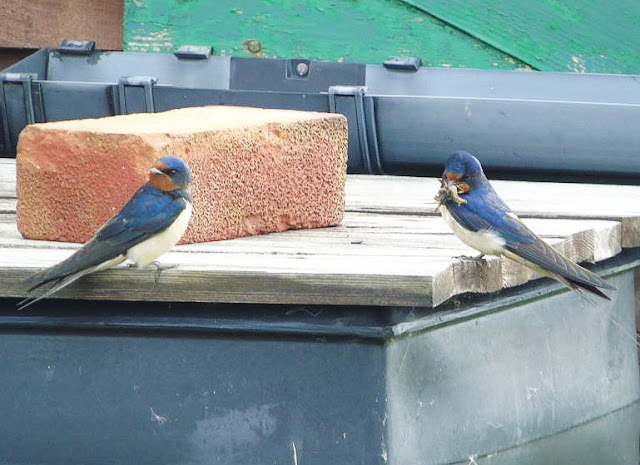 The island flowers are now at their very best. 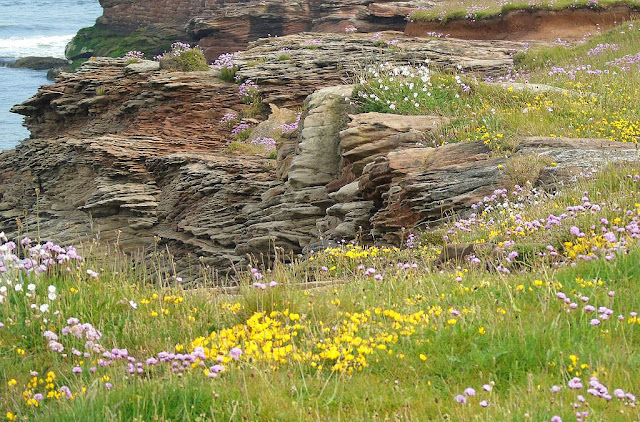 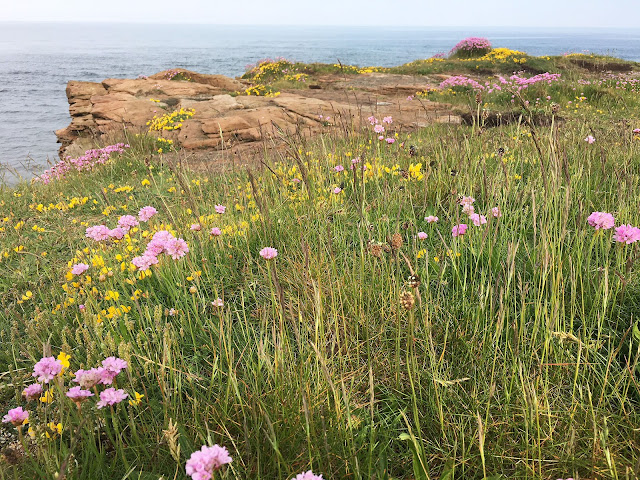 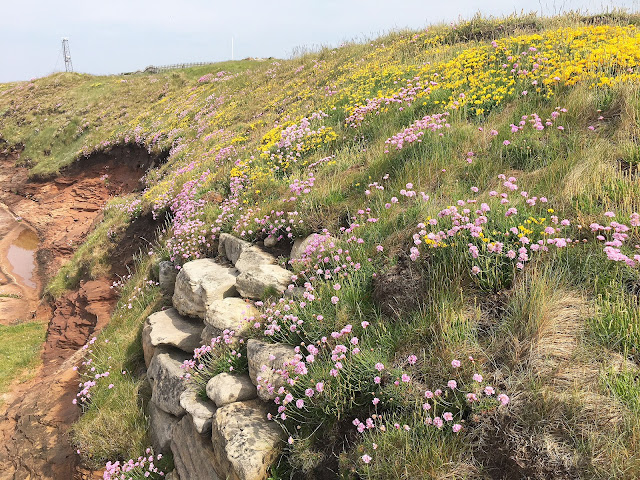