It was a beautiful day to be out on the islands. 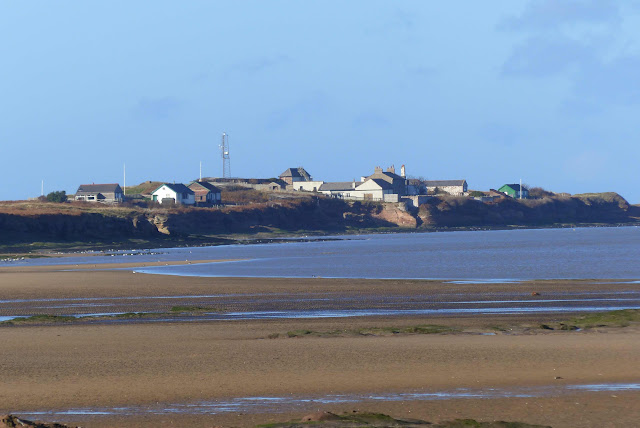 There were good numbers of waders along the north shore this morning, including 2,250 Dunlin, 1,560 Knot, 155 Redshank and 4 Bar-tailed Godwit. Two Purple Sandpiper were at the North End and 388 Curlew were logged, most being towards the Tanskeys. 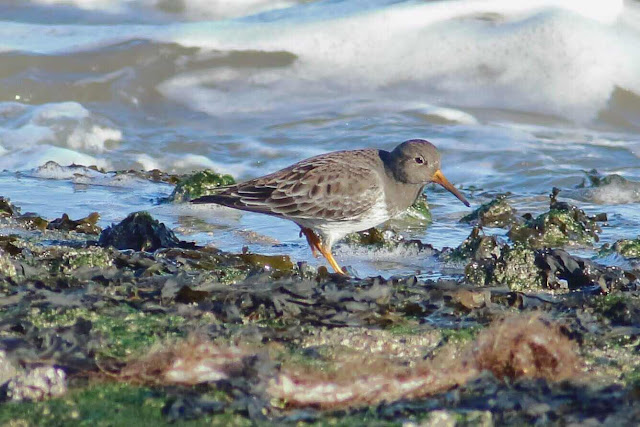 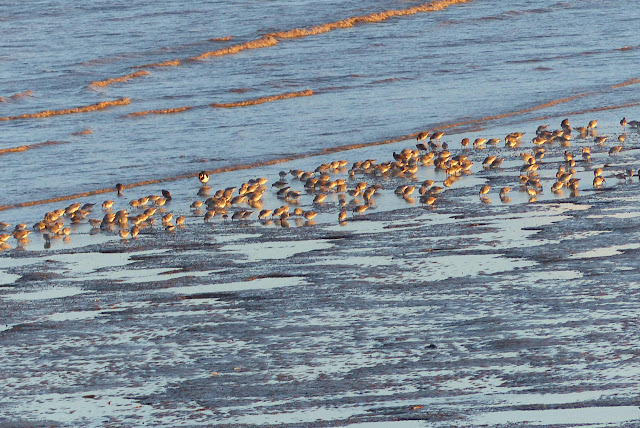 Two Little Egret were around Middle Eye and the Brent Geese spread around the islands numbered 182. The Eider was off the North End as were 9 Great Crested Grebe and 57 Common Scoter. 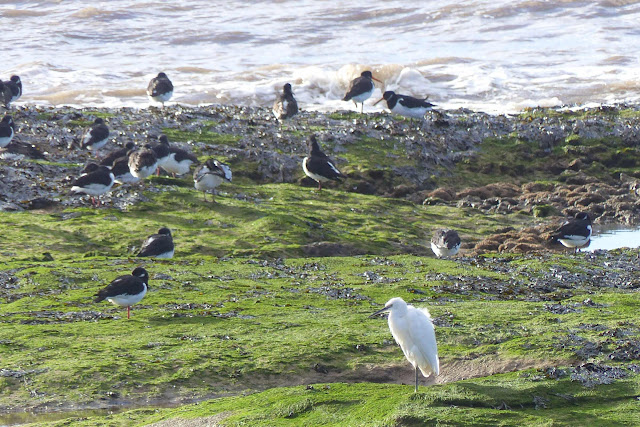 A Song Thrush and Rock Pipit were on Middle, 4 Goldfinch and a Chaffinch landed briefly in the Obs garden, 3 Linnet stayed a little longer. Three Skylark and a Reed Bunting flew over the main island and the Snow Bunting is still feeding around the area north of the lookout (Telegraph Station). 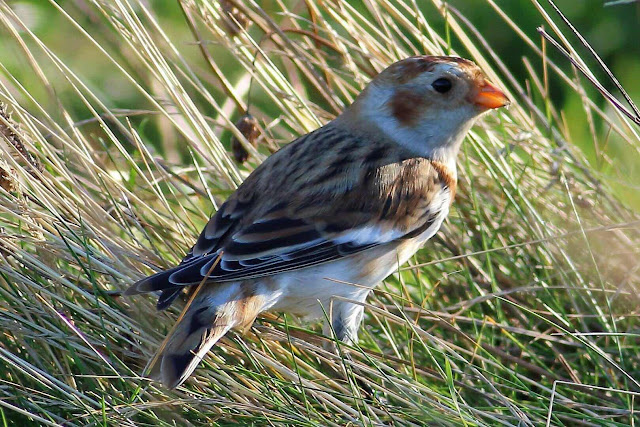 A few large jellyfish (rhizostoma pulmo) were to be found stranded on the shore. 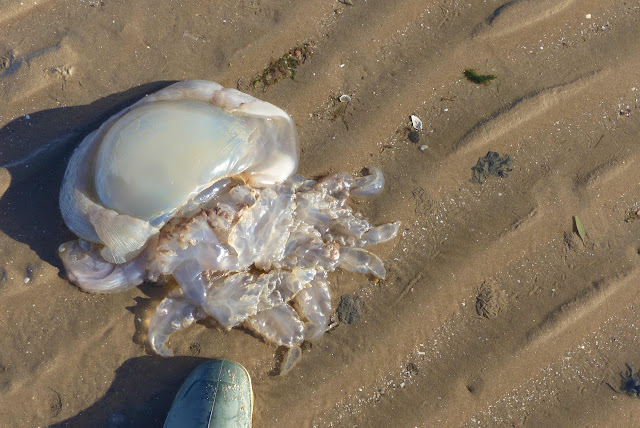 Thanks to visiting birder Pete Sutton for the great photos of Purple Sandpiper and Snow Bunting
Posted by Hilbre Steve at 22:32