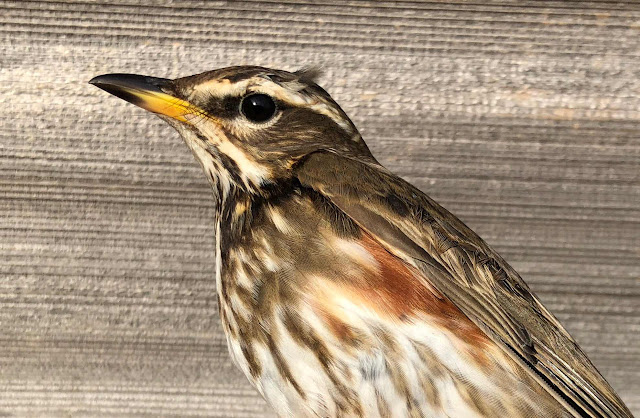 It was a good day for thrushes with a total of 14 Blackbird, those present early didn’t go in the traps and moved on quickly but others arrived later and were very obliging. Two Fieldfare, 4 Song Thrush and 10 Redwing completed the thrush count. 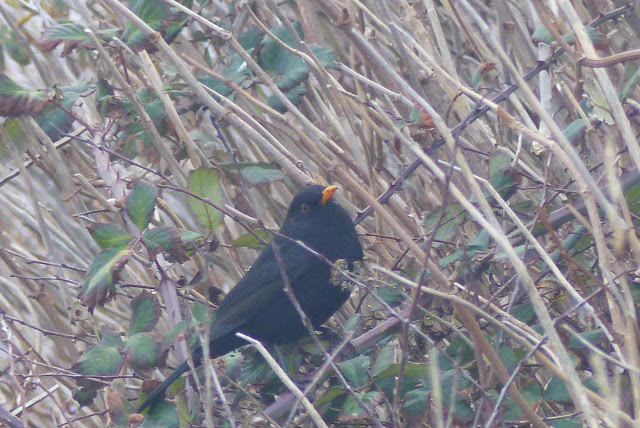 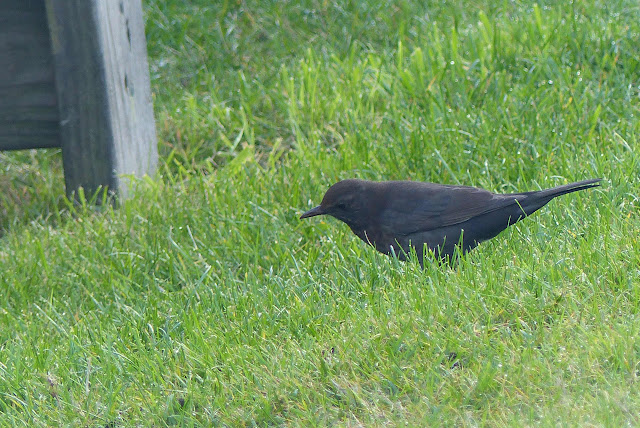 Starlings passed over throughout the morning with 493 noted, also 4 Brambling, 22 Chaffinch, 4 Goldfinch and 2 Reed Bunting. There were at least 9 Wren on the main island, 2 Rock Pipit at the North End and 74 Meadow Pipit logged, quite a few of which came down.

Brent Geese in the Lagoon after tide numbered 160 and included the new ringed bird 9ABB, twice  previously seen but not clearly enough to get the full code.  This bird was ringed at Greystones Golf Driving Range, Co Wicklow, on 8 February 2012 as a young male and has been recorded on Iceland on spring passage before being seen at Strangford Lough this October 2018 before arriving at Hilbre later that month (29th and 31st October).  Thanks as always to Graham McElwaine of the Irish Brent Goose Research Group for the information. 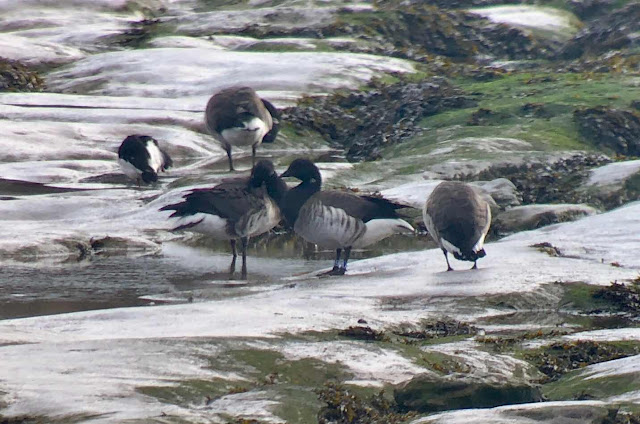 An Eider was again feeding between the islands, 2 Teal flew up the swash over tide whilst observers were counting the 5,000 + Common Scoter. Also on the sea were 11 Red-throated Diver, 20 Great-crested Grebe and the first Gannet to be seen in a while, 148 Shelduck were also noted.

At least 2,500 Knot were on the East Hoyle after tide, with additional flocks totalling 2,000 flying over the area as observers left. Other waders included 152 Grey Plover and 5 Purple Sandpiper. 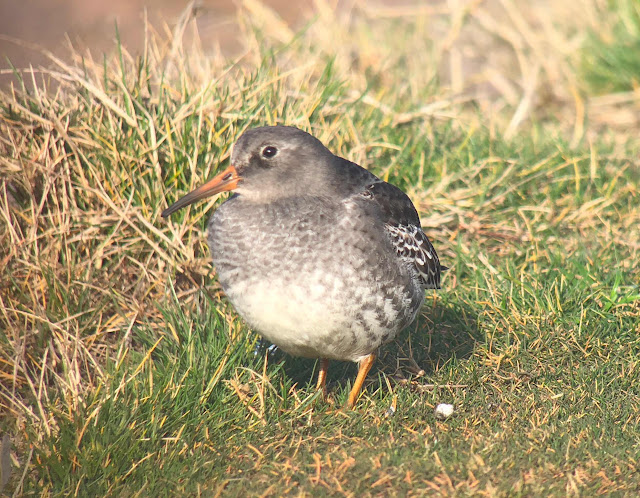 A Peregrine was around the islands then flew off east putting up waders on the shore.