A misty morning greeted Obs members who got to the island at first light. 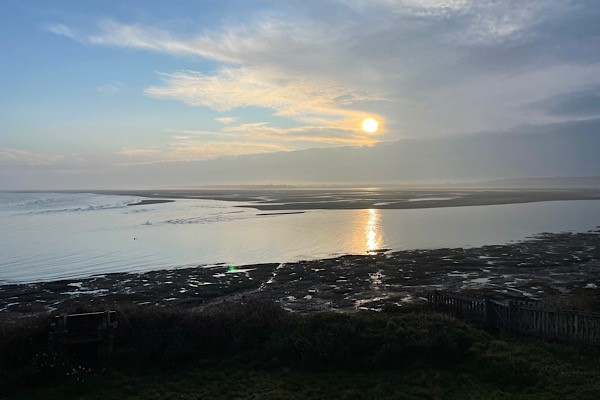 The first signs of migration were a flock of 20 White Wagtails grounded at the north end. These soon moved through as the light and visibility improved. Four gannets and seven common scoter were seen flying down the Dee estuary and sandwich terns could be heard riding as the tide flooded. Although not a significant fall there was a steady trickle of migrants ringed throughout the morning with a Chiffchaff, 4 Willow Warblers, and 2 male Blackcaps caught. 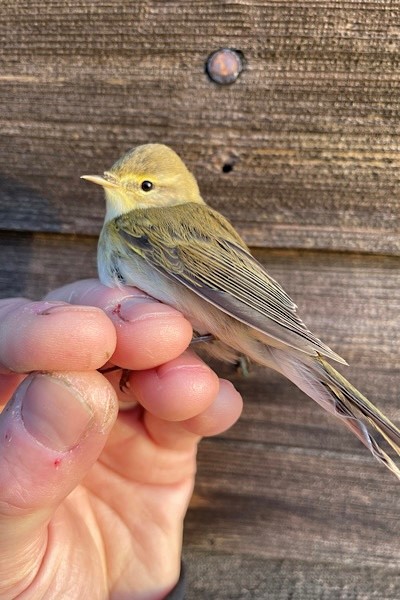 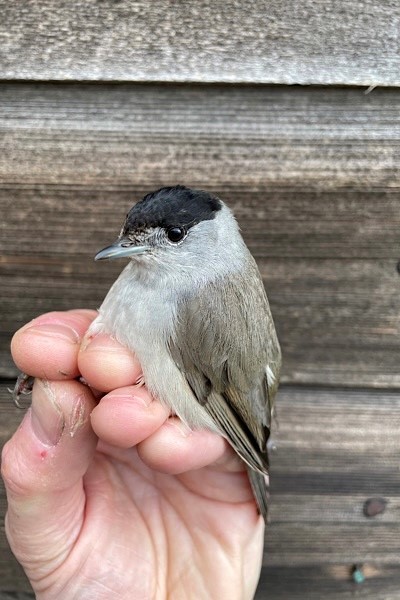 Other new birds included Linnet and Wren. There were no Swallows nor Sand Martins this morning, but in compensation 2 House Martins made an appearance, the first this year. Four Wheatears were down on the island, and also visiting were 2 Woodpigeons and 2 Canada Geese. Star billing went to a control female Kestrel. It’s been hanging around the island for awhile and the ring number had been read from photos. This was confirmed when it was caught in a mist net in the Old Obs garden. It’s been confirmed as being ringed as a nestling on the Wirral in 2021. 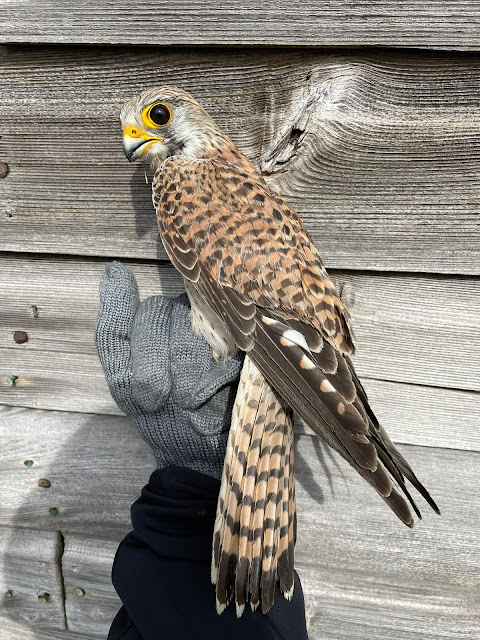 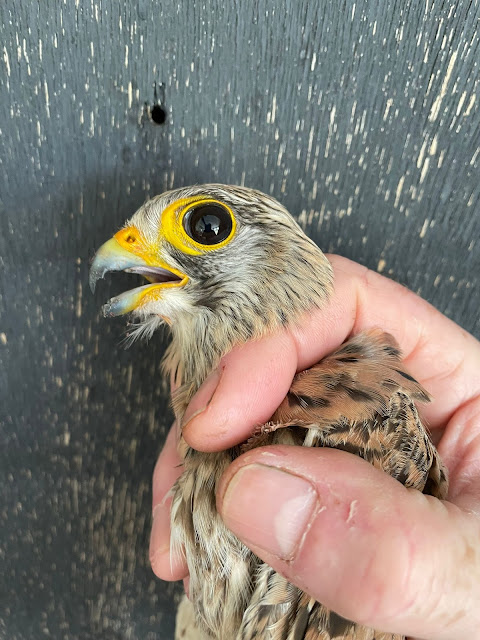 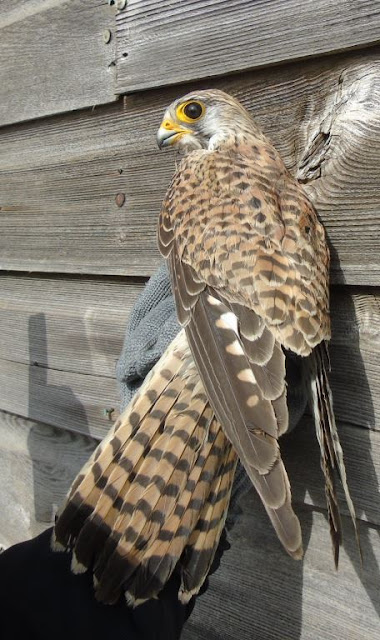 There were 4 Gannets on the sea, also 16 Sandwich Terns and 7 Common Scoter. Two Purple Sandpipers are still present but Brent Geese numbers are greatly reduced with only four birds being recorded. As the tide dropped a flock of at least two hundred Turnstone flew from their roost on Middle Eye and started feeding amongst the rocks at the north end.