Not the spectacular day like yesterday, but a good flow of migrants to please everyone. Willow Warblers were obviously in smaller numbers but nevertheless 15 were ringed this morning, also a Greenland Wheatear, one of 6 of the species here today. This bird was carrying lots of fat for the onward journey as she has travelled to Hilbre from sub Saharan West Africa, quite a journey already but her next step could be to Iceland on her way to Greenland or Canada, so that explains why she needs so much fuel. 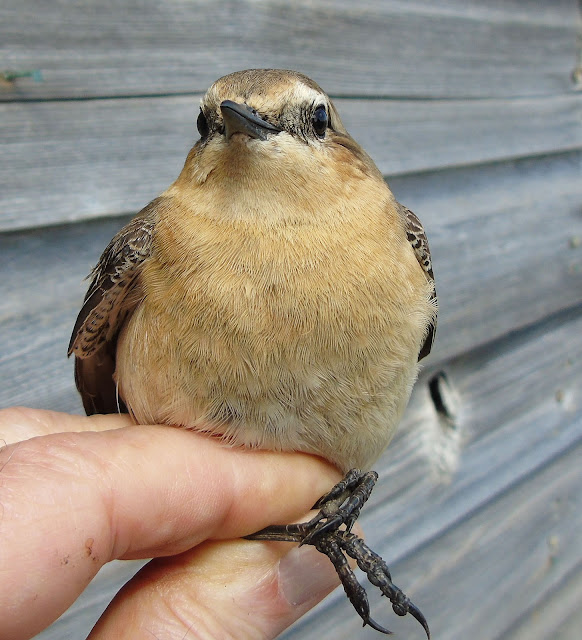 Also ringed was a Chiffchaff, a Whitethroat..... 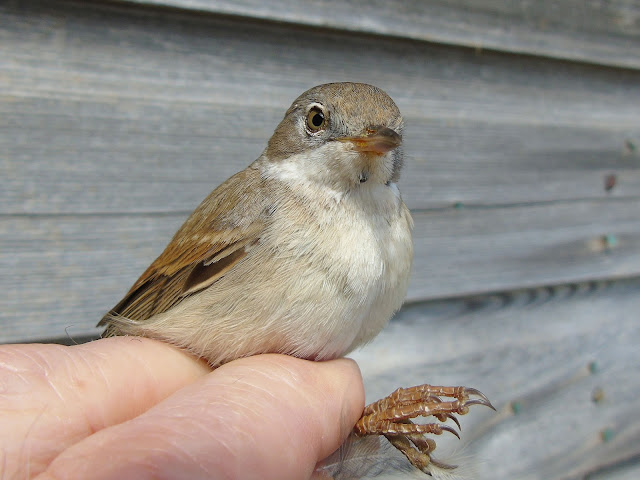 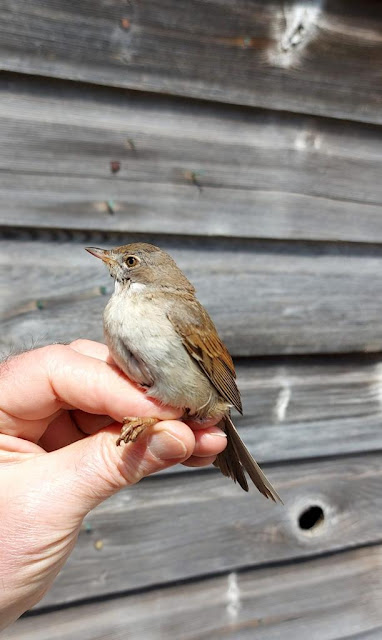 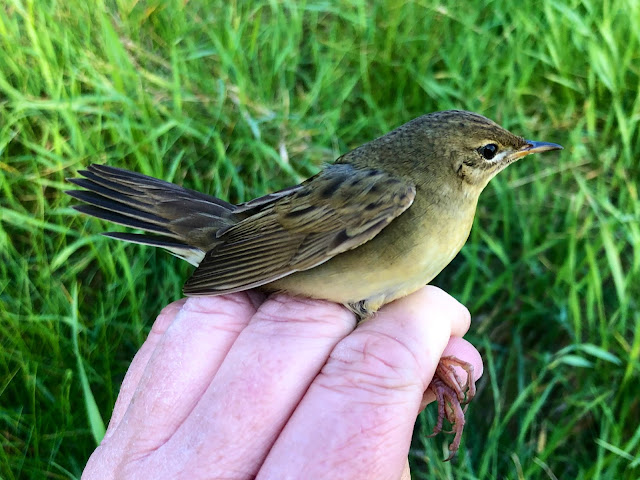 Pick of the other small passerines about the island were a female Blackcap and this Whinchat. 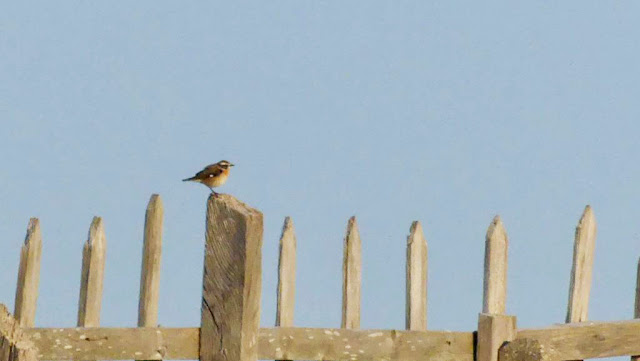 Aerial visitors included 18 Swallows, 2 Sand Martins, a Skylark, and a Tree Pipit. Three Goldfinches were noted. There were quite a few species of interest around the shore featuring 6 Little Egrets, 5 Goosanders, 3 Eider (2 drakes), 3 passing Greylags and this Common Sandpiper on the rocks, north east side of the island. 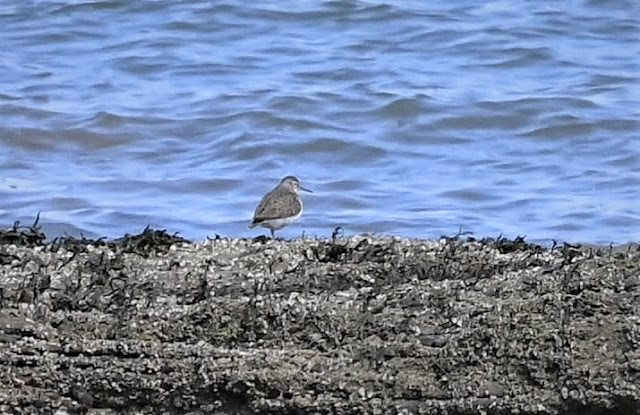 Three male Blackbirds seem to be attempting to breed this year, one on Middle and two on the main island. 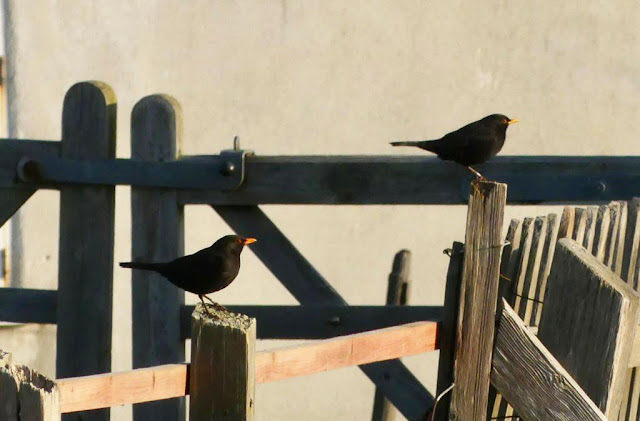 At least 16 Turnstone and one Purple Sandpiper is still with us but the most prominent waders at the moment are the Whimbrel, 20 counted today. 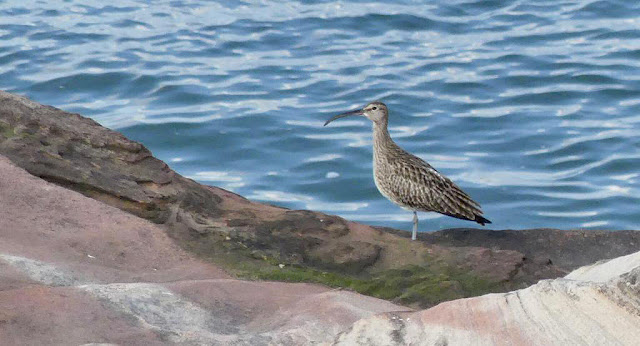