With the breeze blowing due east, an early start was made this morning. 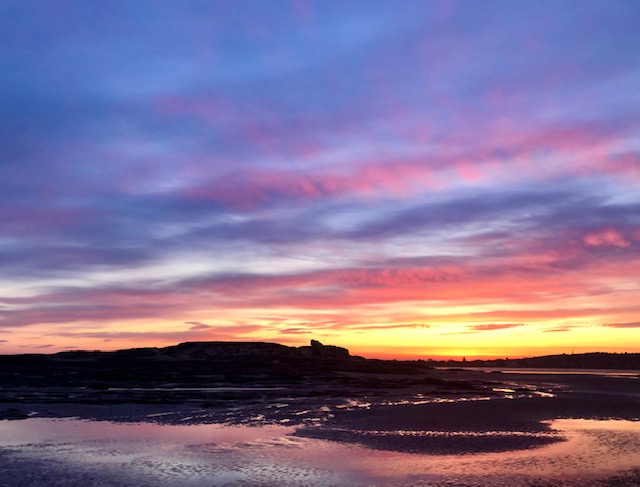 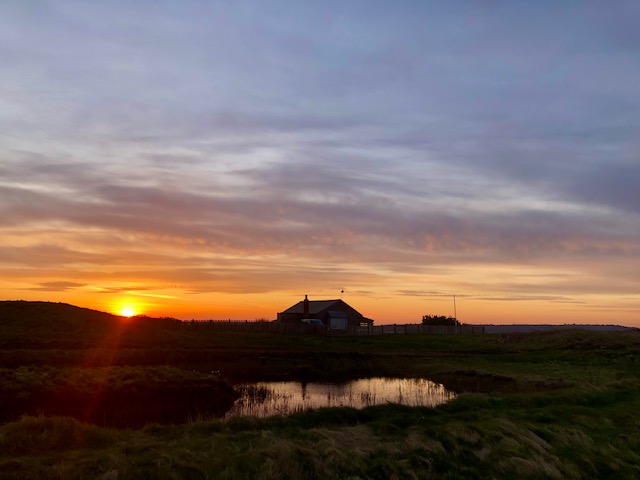 To say that 25 Willow Warblers were here today would imply a small/medium fall early in the day, but in fact it was quiet first thing after dawn and the drift of warblers increased as the morning progressed. 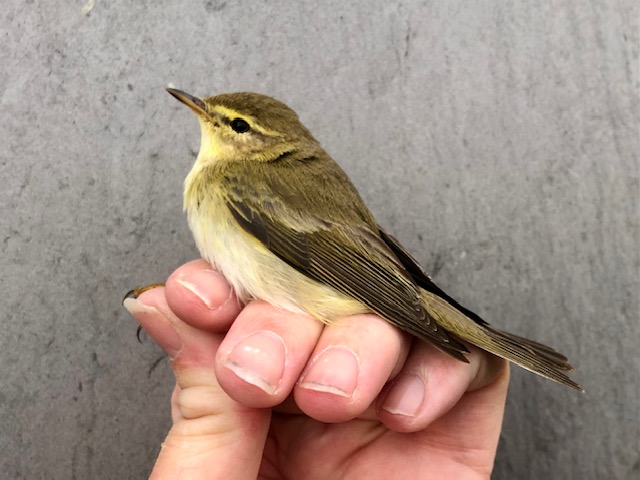 A significant catch was a 'control' Willow Warbler (ringed elsewhere), enquiries will  ascertain its history, these things are always very interesting to obs members. 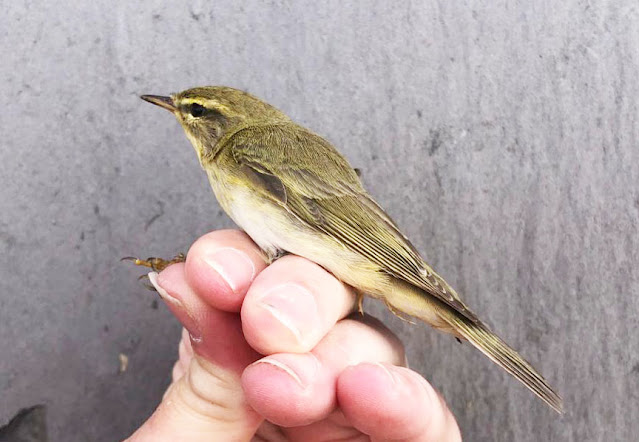 The only other warbler today was a female Blackcap which was caught for ringing. 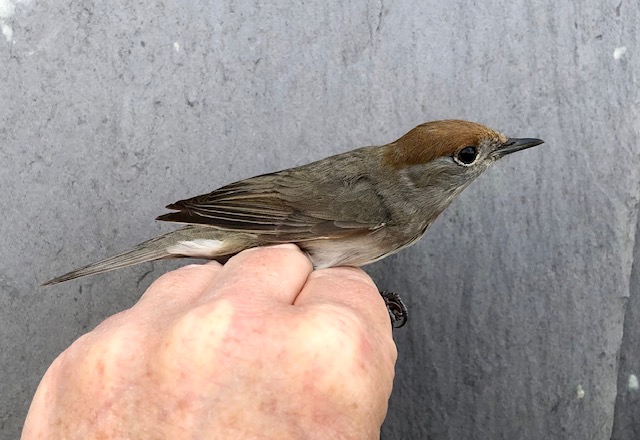 A small passage of Swallows came through mostly in singles and a Sand Martin was the only other hirundine. Finches featured several Goldfinches and a single Siskin. As so often happens during migration periods a Woodpigeon stopped by to visit. 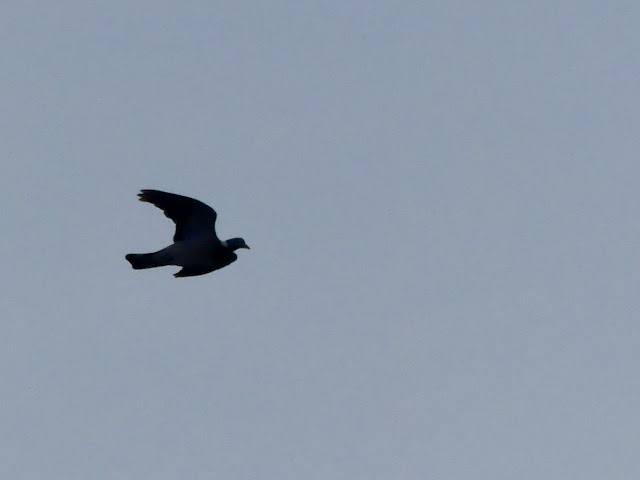 About 6 Wheatears arrived today after just a single yesterday and fed in all the usual places. 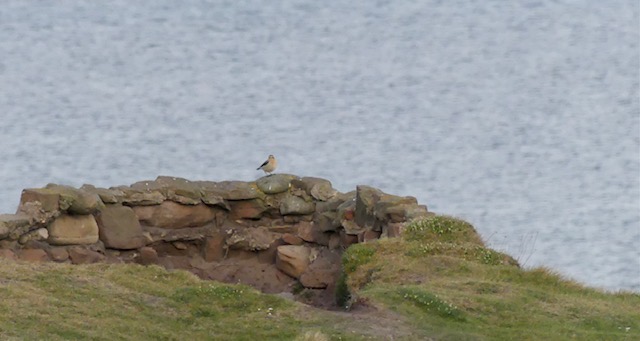 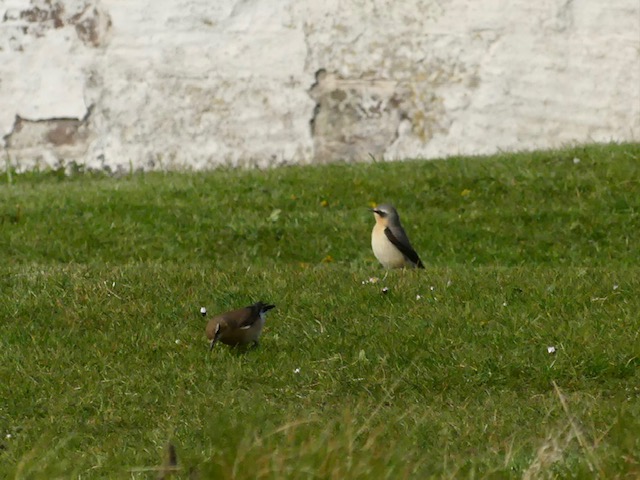 Just one Purple Sandpiper was found at the north end where a lovely White Wagtail was on the rocks in that area. 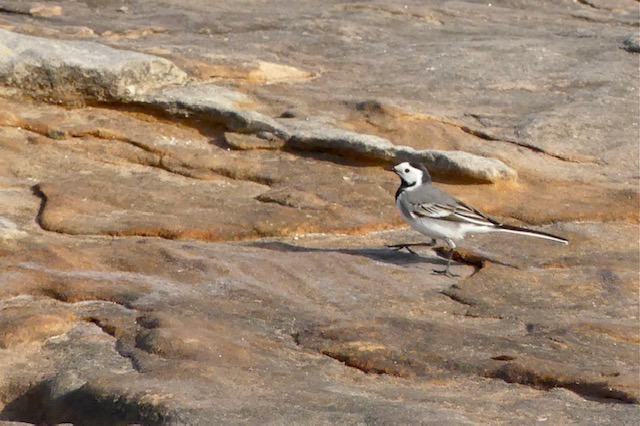 Sixteen Sandwich terns were sighted through the telescope. Before the tide this afternoon 350 Dunlin were about and a pair of Eiders hung around the north end of Middle during the tide. Four Whimbrel showed around the island, also present were 2 Little Egrets and a Grey Heron. 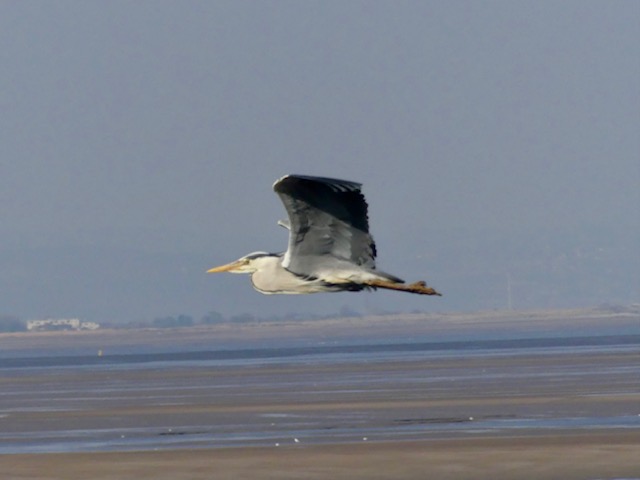 The Orange tip butterflies were out again in force on the Hoary Cress when the sun shone. 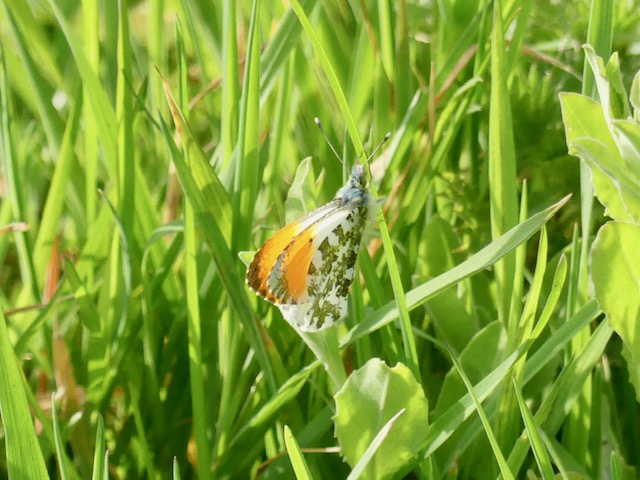