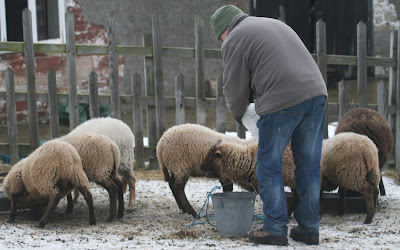 The temperature was just above freezing this morning but it felt very cold in the south easterly breeze, and the sheep were certainly again ready for their food and water (left).

Access to the north end was limited due to the ice making the rocks slippery, and the only good record from off the slipway was a Scaup drifting close in. It is probably the same bird as seen yesterday, at least it was the same plumage type. 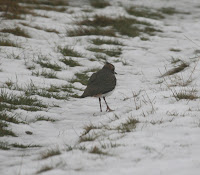 Flocks totalling 50 Lapwings flew across and a single bird spent some time on the island (right), an unusual sight as most prefer the shore and rocks when visiting Hilbre. A Peregrine gave a good show as it doggedly refused to be beaten by the Knot it was chasing, although the latter seemed to survive. 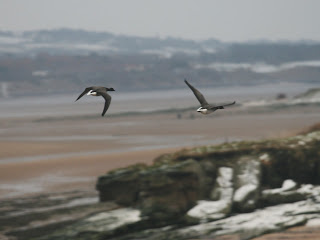 There was only 1 Blackbird present but 6 Song Thrushes were counted, the only small overhead 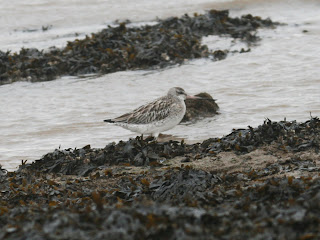 visitor was a single Skylark.
The Brent (above) were unable to be counted on such a short visit but seemed to be at about the 100 mark, and the usual waders were seen, including an obliging Bar-tailed Godwit just before the tide (right).