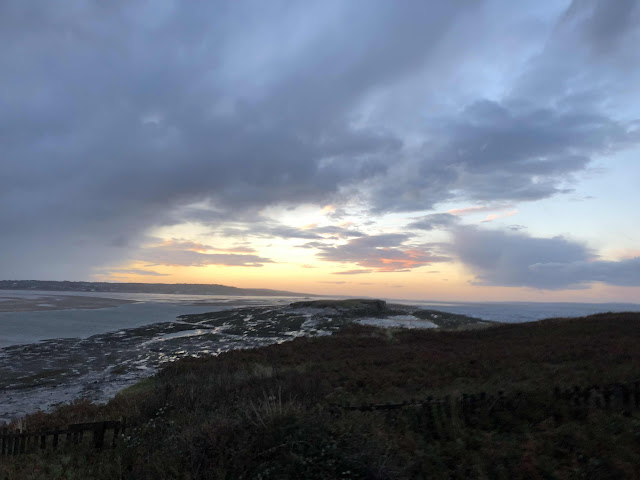 Fifteen Leach’s Petrels were counted this morning with all but one seen on the ebb tide.  Two Arctic Skuas were seen and at least 13 Manx Shearwaters were noted along with good numbers of Gannets, 6 Kittiwakes, lots of Sandwich and Common Terns as well as several Arctic Terns.  Golden Plovers were observed during the seawatch as were Teal and Pintail. 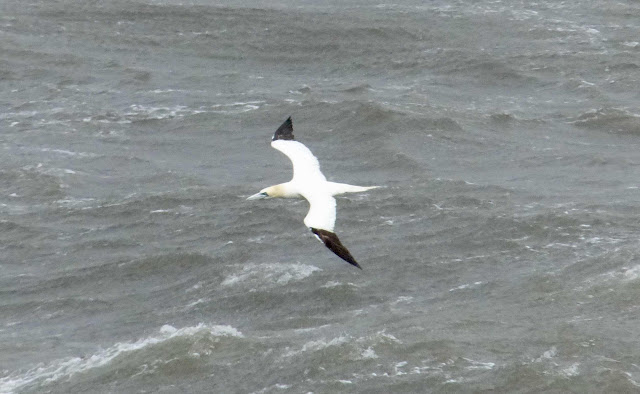 A large number of Guillemot (162) and small numbers of Razorbill (16) were noted. 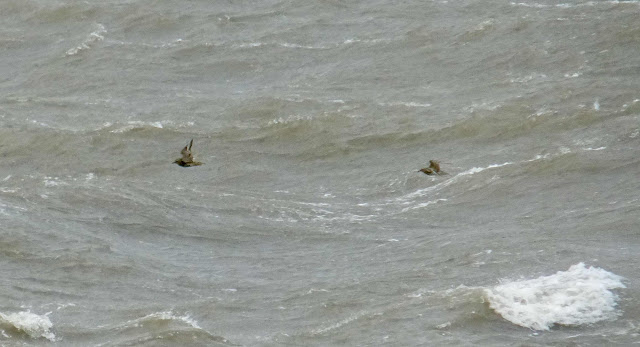 Later in the afternoon 15 more Manx Shearwaters were added to the sea watch count and 12 Blacktailed-Godwits were noted.
photos SRW
Posted by Hilbre Steve at 11:54