Weather: N force 2/3  light rain at times,  mostly cloudy
A shower may have been responsible for a small group of migrants on the island this morning including a few Robins, 3 Chiffchaffs, 2 Wheatears, 2 Skylarks (on the ground) and a male Stonechat. It was unusual to get a photo of 4 of these species and Dunnock in the one frame, even if the focus leaves a lot to be desired ! 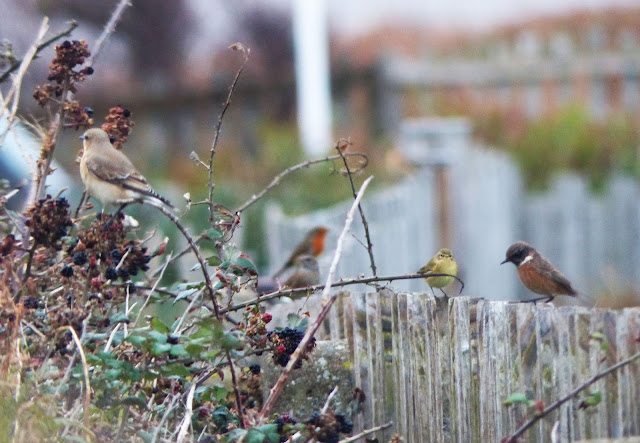 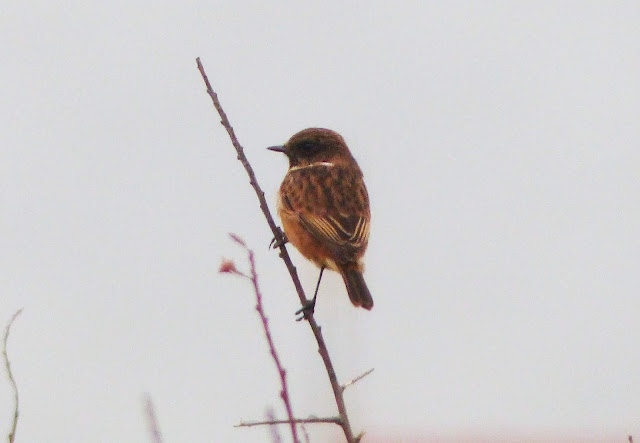 A Grey Wagtail and a couple of Pied Wagtails were overhead early, then 3 Goosanders flew in to join the regular male Eider (now looking very much more like an adult) in the gutter alongside the obs. 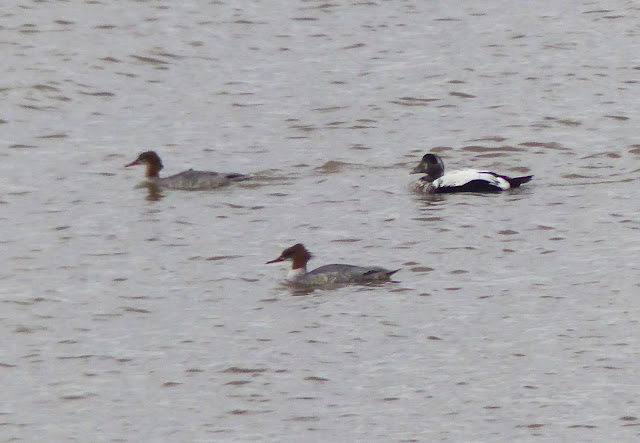 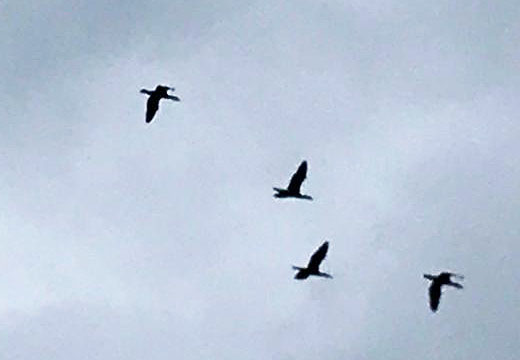 while the Brent from yesterday now number 7 birds, on the rocks west of the lagoon, before flying south. 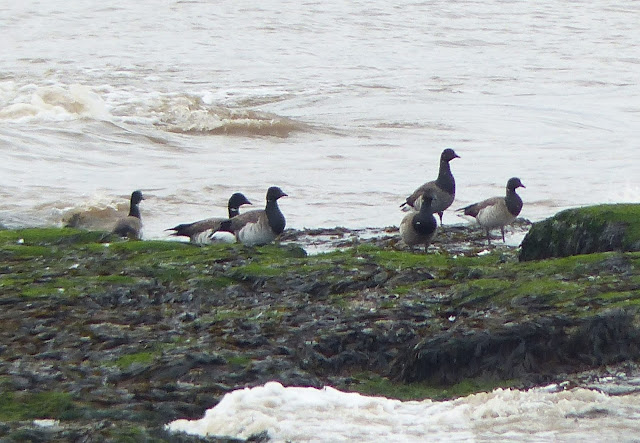 Two Peregrines sat east of Middle, both feeding on a kill. 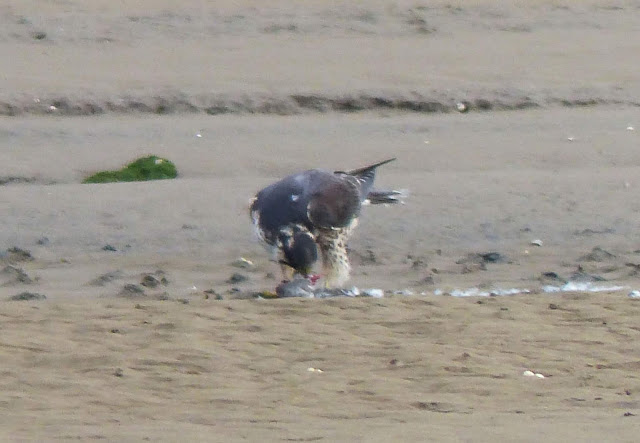 Following the good seabirds over the last 2 days, today's tide was a little disappointing, although it did include 17 Red-throated Divers, 3 Kittiwakes and a Shag. 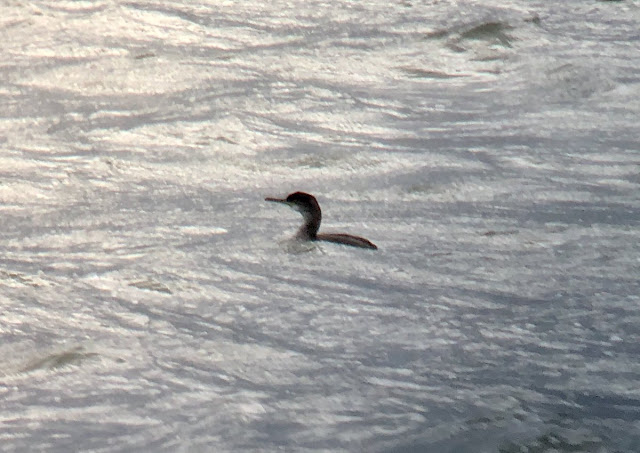 Sadly a Harbour Porpoise calf was found washed up. 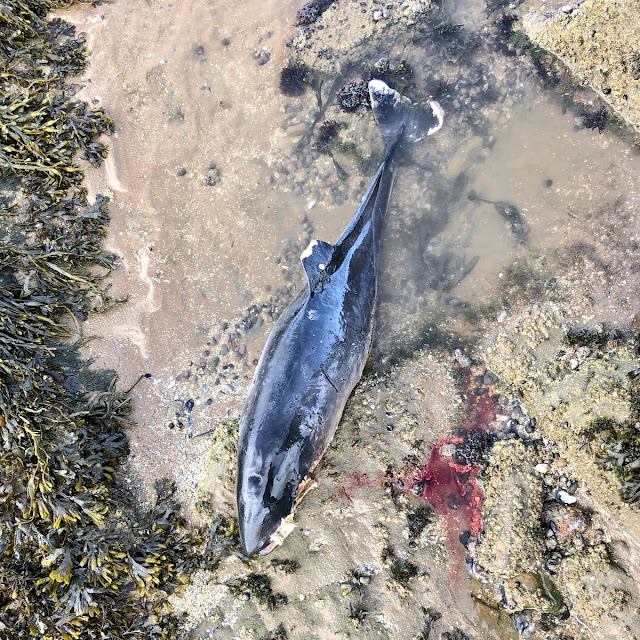