A Raven called over the island as it flew down the west side and a Greenshank flew down the gutter as the tide approached. A Wheatear was on a post at Middle early on and another was on the main island later. 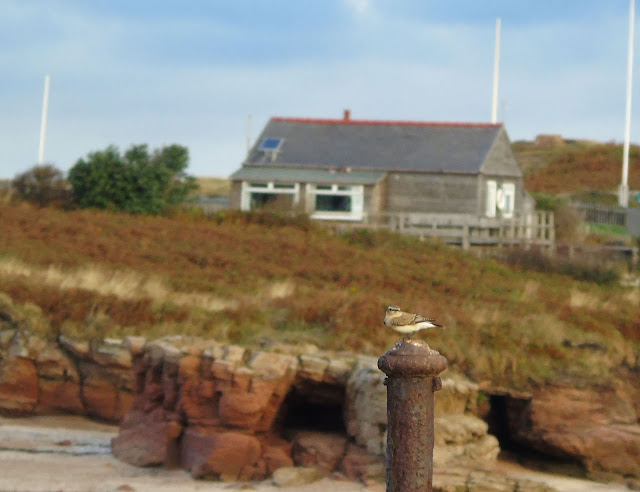 Two Peregrines and a Merlin flew around as the wader roost built on Middle. 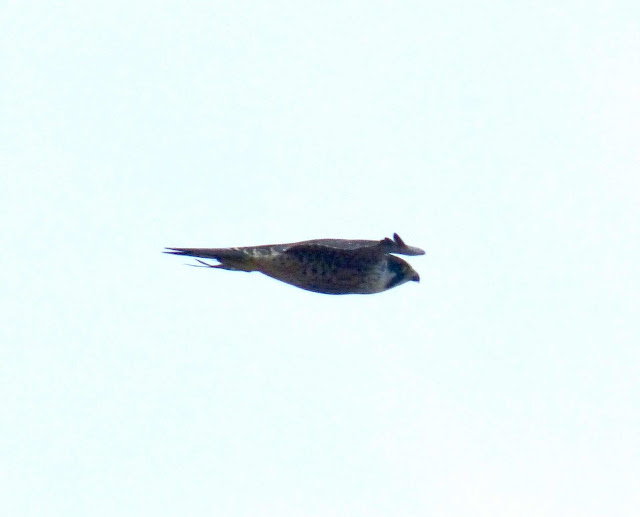 It was 'webs' count day and waders noted included over 11,000 Oystercatchers, 60 Ringed Plover, 58 Knot, 21 Redshank and 12 Turnstone, some in summer plumage, also distant views of a flock of 300 Black-tailed Godwits towards Tanskey rocks. Considering the fresh south westerly the sea was very quiet, just a single adult Kittiwake, 120 Sandwich Tern and a couple of hundred moving Common Scoter in view. 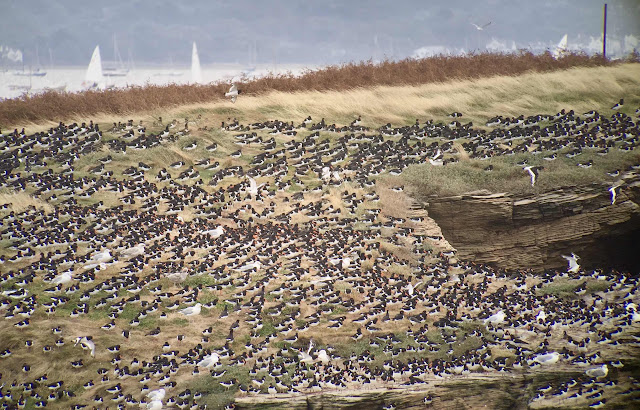 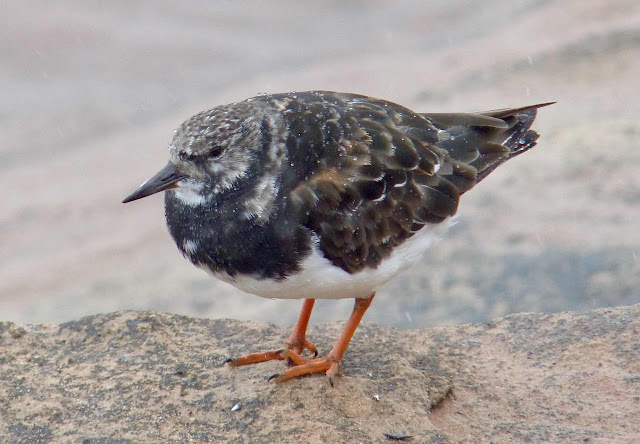 A Chiffchaff and a Willow Warbler were in the Obs garden and later in the afternoon the elusive 'acro', probably Reed Warbler, was sighted along the fence and photographed leading to some debate as to its identity as the photographs showed a long primary projection and pale yellowish feet/claws (characteristics of Marsh Warbler - a bird that has occurred only once before at Hilbre on the 6th September 1992 and was fortunately caught and ringed!).  Other features such as the rather more rounded head shape also leaned towards Marsh Warbler. 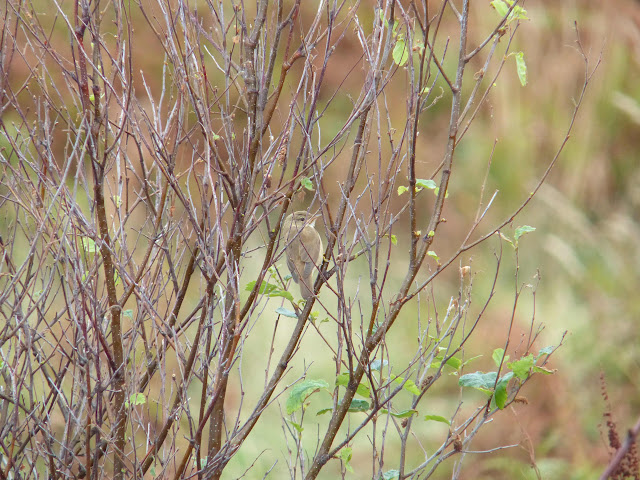 However, the rump and tail was slightly warmer than the rather pale looking upperparts and the primaries appeared to lack the pale tips often associated with an autumn juvenile Marsh Warbler.  The tertials also did not appear as dark centred and contrasting as one might expect from Marsh Warbler.  To add to the confusion a 'Blackcap-like' call was heard yesterday (again more associated with Marsh Warbler).

We are hoping it is seen (or perhaps better still caught!) in the coming days. 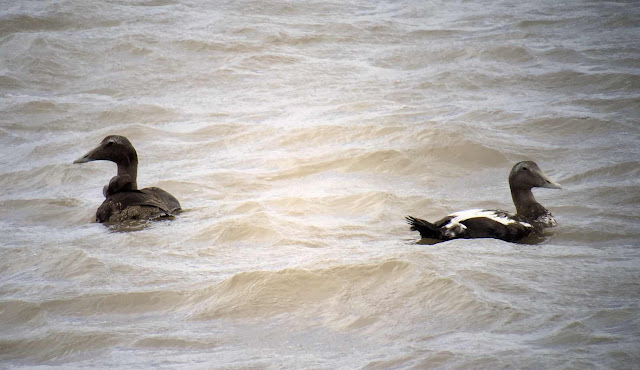 Sixty-five Shelduck were counted and the regular immature male Eider was joined mid-morning by a female with which he associated for many hours. 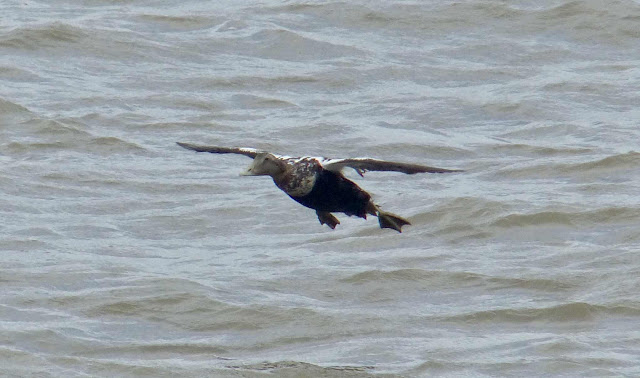