Weather: WNW force 5 dropping W 2 by the afternoon
First thing this morning while the wind was still strong Leach's Petrels were passing, 7 by 08.30, after which time none were seen. Best of the rest were 8 Manx Shearwaters. 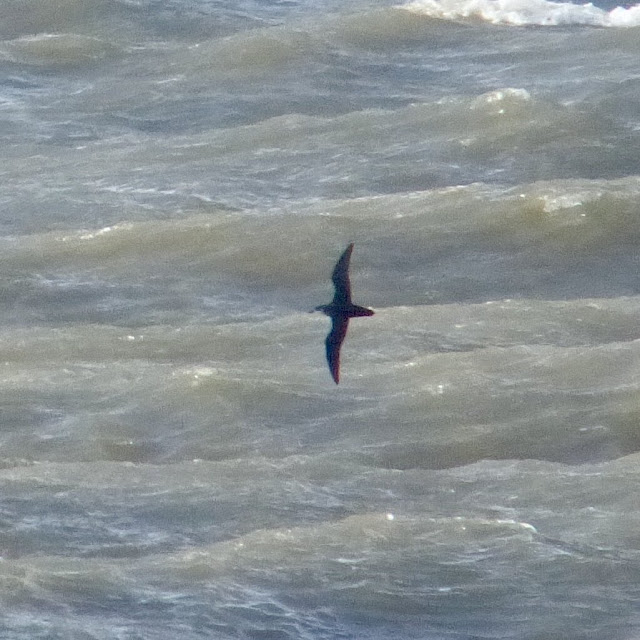 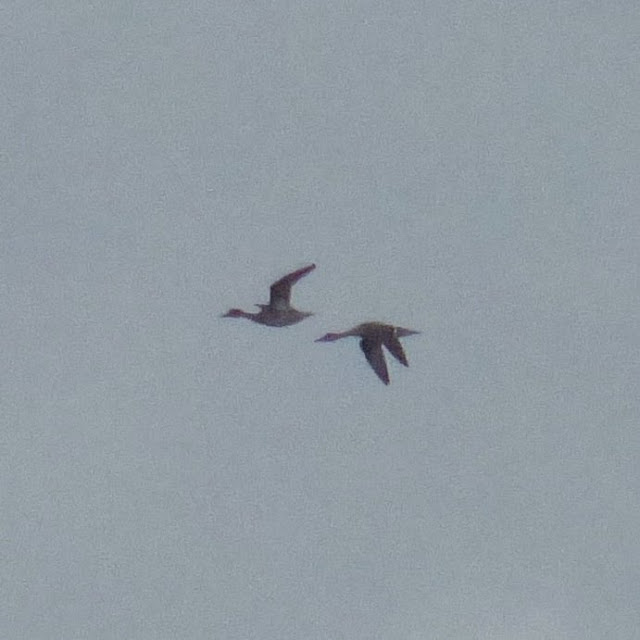 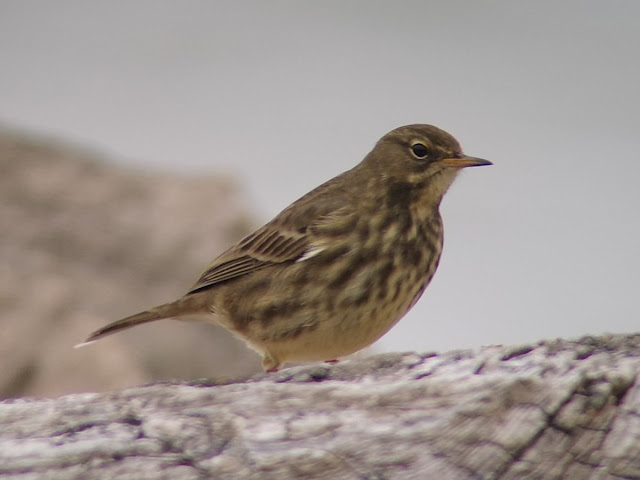 While the seals are always curious as to what we are looking at. 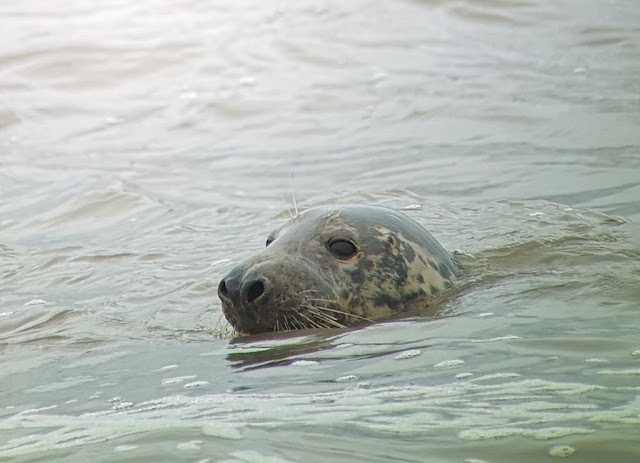 Good news today of the arrival of the first 5 Brent for the winter, including an iceland colour ringed bird. 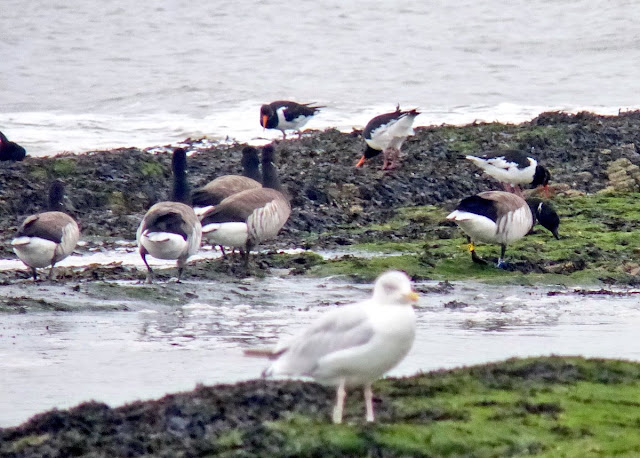 The Eider and it's 'mate' stayed about with a good count of 217 Shelduck also no less than 14 Little Egrets and 4 Grey Herons. Forty two Meadow Pipits were in a small movement, as were 30 Swallows, 5 House Martins, with 2 Goldcrests and 3 Robins on the ground, also recorde were 2 Pied Wagtails, 3 Dunnocks and a Rock Pipit. Many species of wader showed today including 4,600 Oystercatchers, 260 Curlew, a single Whimbrel,48 Ringed Plovers, 60 Dunlin, 26 Knot, 22 Sanderling, 54 Redshank, 3 Bar-tailed Godwits,
Ringed: 1 Goldcrest, 1 Robin       [ 493-31 ] 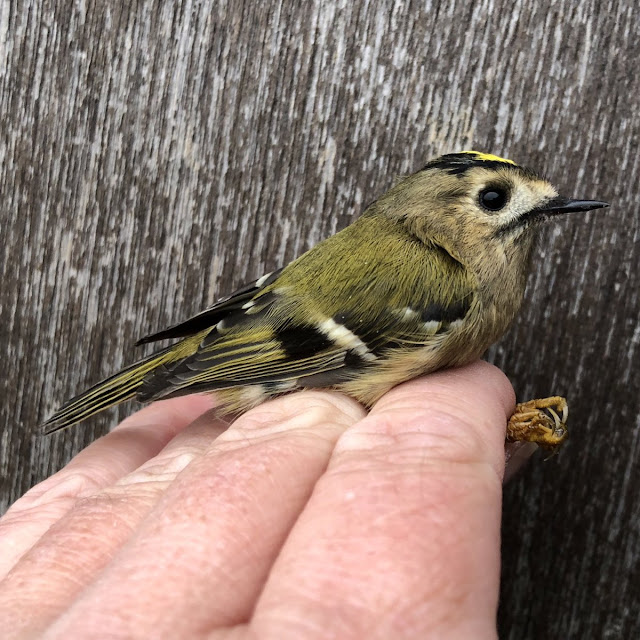