The easterly wind at dawn and then rain was a surprise to observers (from the weather forecast) and this rain no doubt 'downed' a few Robins and a small fall of phylloscopus warblers (7 Chiffchaffs and a Willow Warbler).

A probable Reed Warbler was seen in the South End bushes briefly early on but was not seen later and did not appear in the mist net in the Obs garden, unlike the first Goldcrest of the autumn (a female) which was caught and ringed. 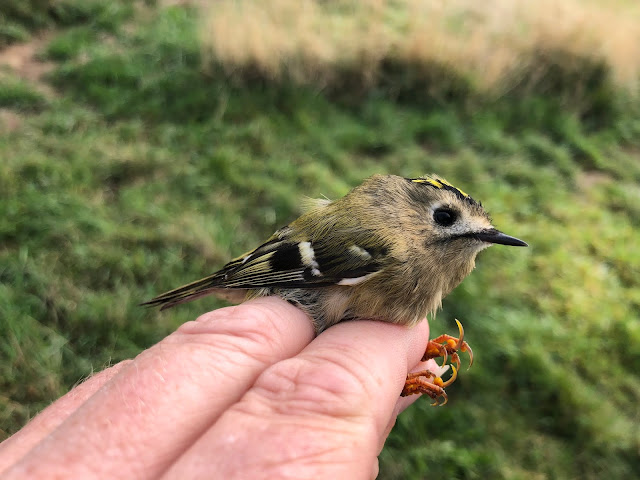 A large number of House Martins (120) appeared low over the island in the drizzle early morning and was quite a remarkable sight and sound around the Obs.

A fall of Wheatears was only apparent from 8am onwards with 6 birds around the South End slipway and many more along the west side and particularly at the North End; the final count of 16 was, sadly, the best count for some time.

The immature male Eider remained around the islands and a single Raven was mobbed by a Crow south of Middle Eye.  A single Pintail was noted heading up the estuary and another Greenshank was heard calling off the west side from the North End.

A Snipe flew in and landed on the muddy landrover track between the islands. 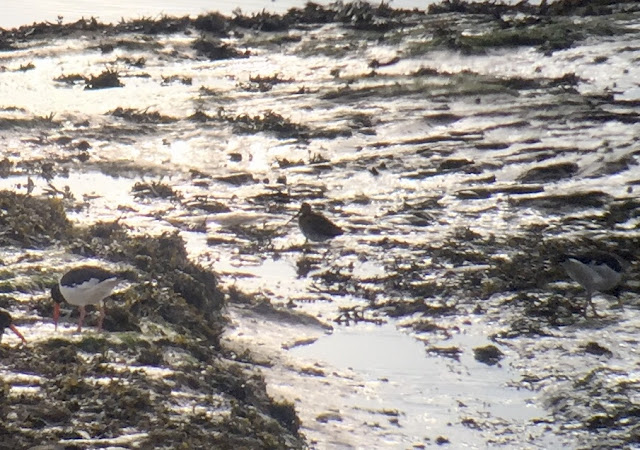 Meanwhile news from the mainland of a juvenile Pallid Harrier up the estuary at Parkgate (see below) had observers leaving the island earlier than perhaps would otherwise been the case on this interesting day. 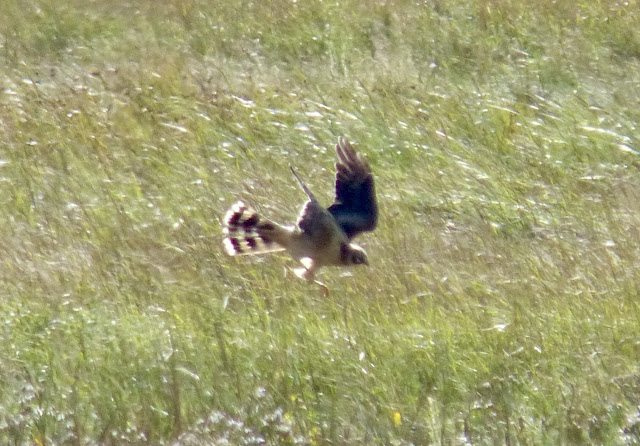