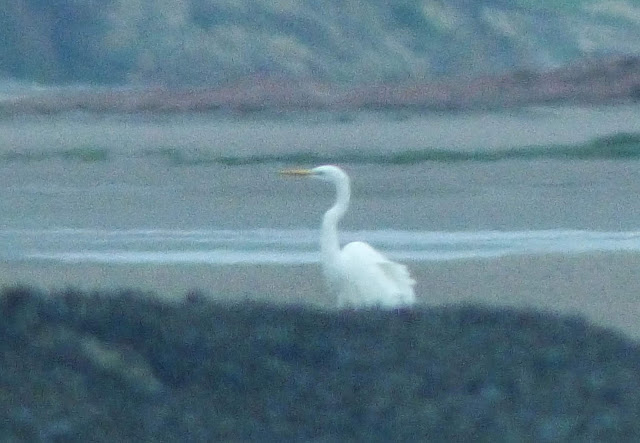 First thing this morning a Great White Egret was seen on the muddy tracks east of Middle, soon transferring to the edge of the rocks west side of Middle, then walking into the creeks and disappearing. Although now regular in the marshy parts of the Dee, it is still a rare bird here, probably the sixth or seventh record for the island (record shots in poor light) all of which have been seen since 2009. 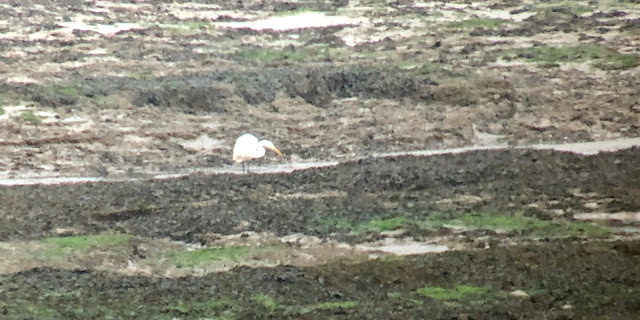 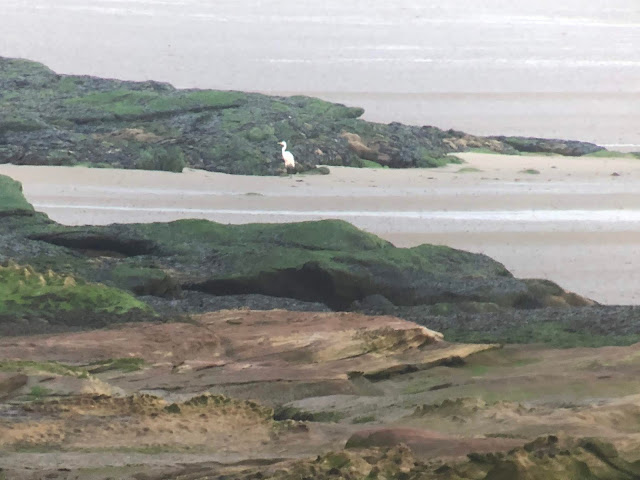 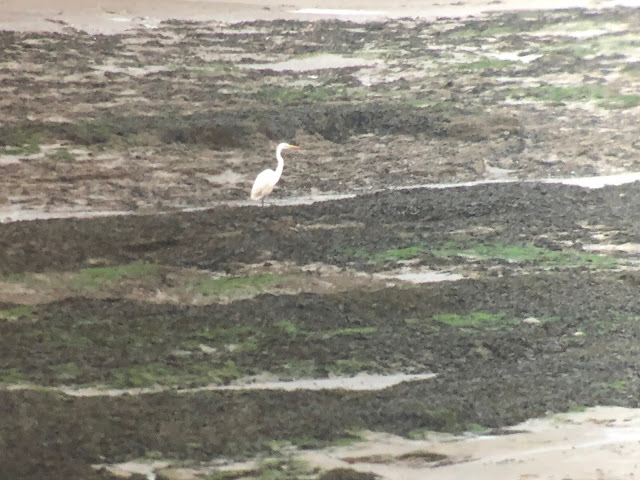 Less than an hour later there was another good sighting for the observers of a Marsh Harrier cruising in from the north west and crossing between the islands and off towards the mainland. It travelled too fast to get a good photo. 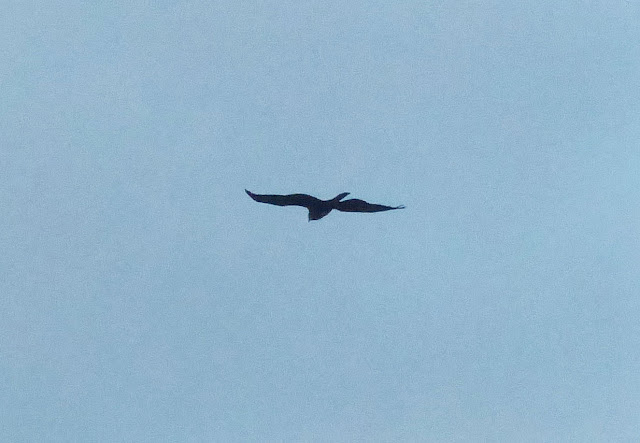 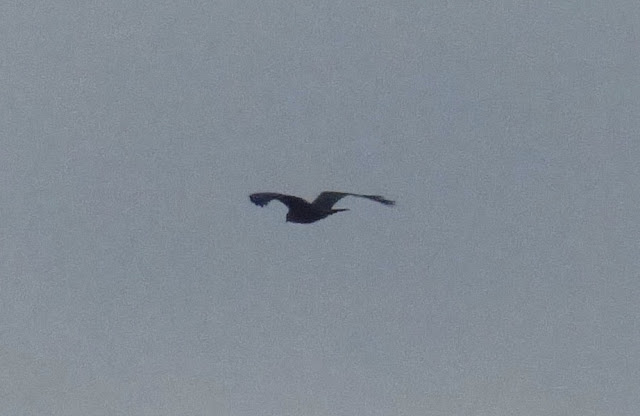 Another highlight of the day was the finding of the first Purple Sandpiper of the autumn/winter (by visiting birder SD), among the Turnstones resting at the north end. 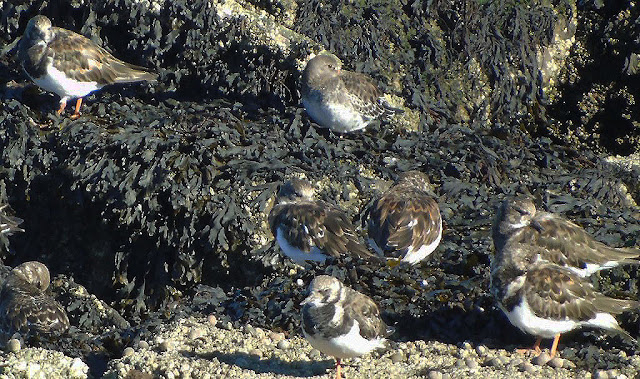 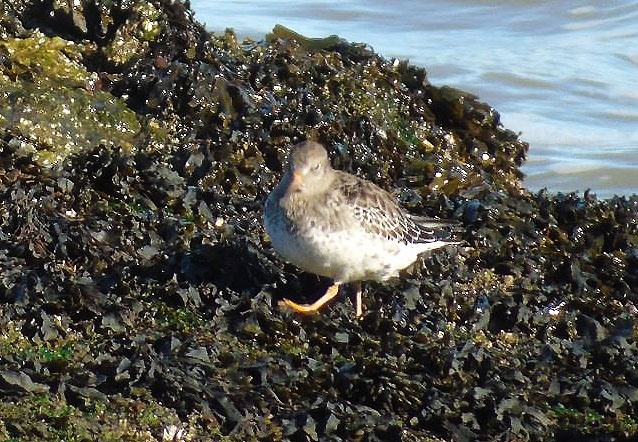 At least two Reed Buntings flew around calling for a while but other migrants were scarce, a single Goldcrest was in the paddocks, and a Swallow flying over. Four Pied Wagtails and more than normal Meadow Pipits and Robins probably indicated a small passage through. A Sparrowhawk flew down the east side, possibly the same as yesterday, and in general Sparrowhawks have been scarce this year so far. A Peregrine seen briefly early on  and another attacking the roost on Middle were the only other raptors.

The now almost adult Eider flew in from the Formby direction as the tide flooded, maybe a pointer to where it sometime spends low tide. Only 8 Brent were seen this morning with 6 Little Egrets about and 84 Knot at the tide edge, also 40 Sanderling flying east passed the north of the island, later 5,000 Oystercatchers and 200 Dunlin were logged at high tide.