Weather: SW force 2
In a warm and pleasant morning with an apparent passage of Rock Pipits (6) and 16 Meadow Pipits having taken place, it was decided to deploy the potter traps on 'wheatear hill', and it met with some success, ringing the first 2 Rock Pipits of the year (below) and 2 Meadow Pipits. A small passage of Robins and Wrens and a single Goldcrest resulted in further birds ringed. 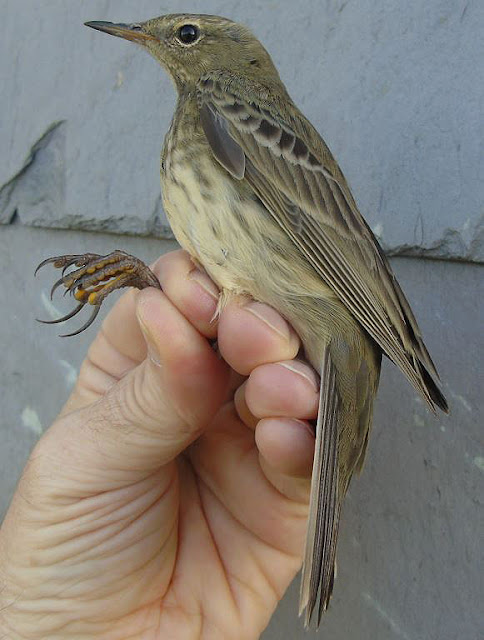 There were waders about before the tide, Bar-tailed Godwits (below), Redshank, Turnstone, Ringed Plover but most of these disappeared over the tide. There were 5000 Oystercatchers over the tide on the middle along with 2 Little Egrets, 10 Curlews and 30 Herring Gulls. 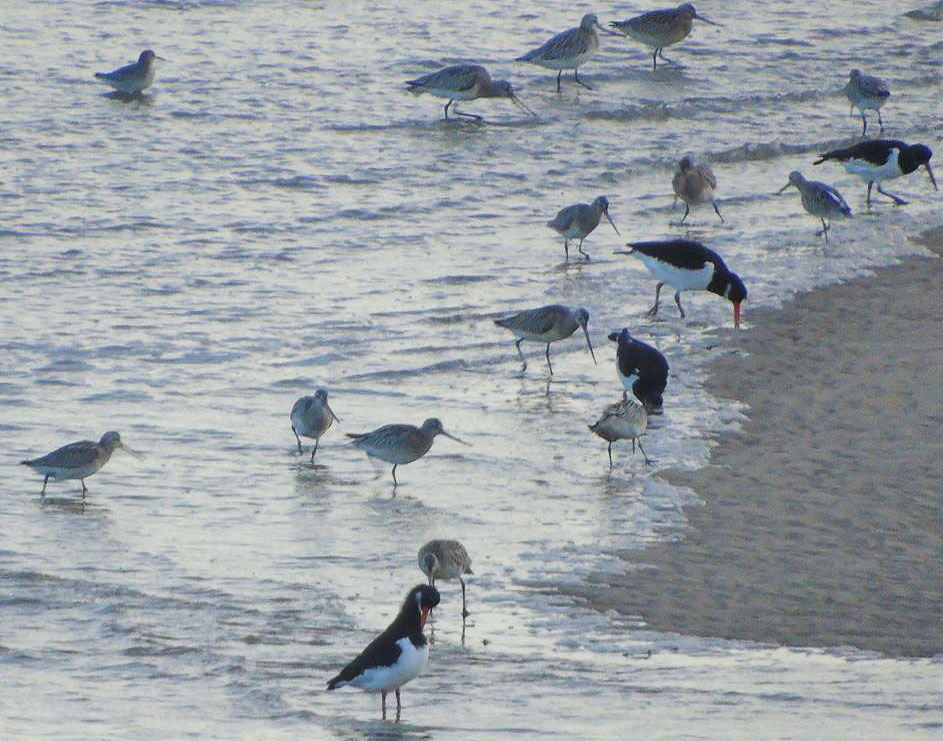 Thirty Five Brent geese turned up after the tide. An update on the ringed Cormorant pictured yesterday has revealed that it was ringed at Puffin island, Anglesey as a chick on 4th July 2018 and has not been previously reported until now.
Ringed: 2 Rock Pipits, 2 Meadow Pipits, 1 Robin, 1 Goldcrest, 1 Wren   [ 708-32 ]
photos JE
Posted by Colin Jones at 15:19