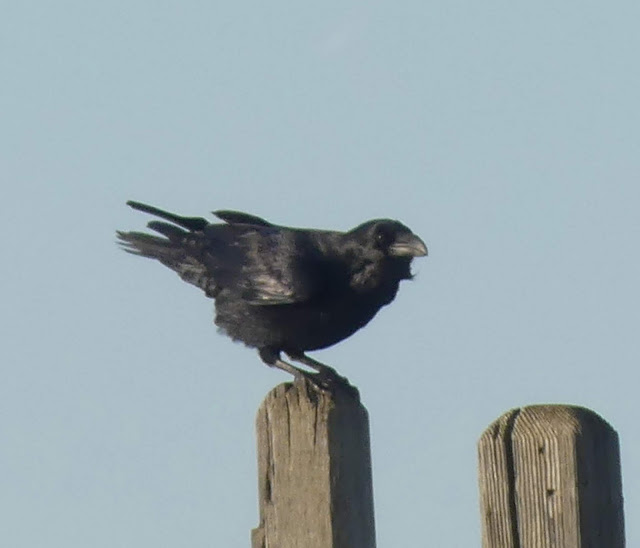 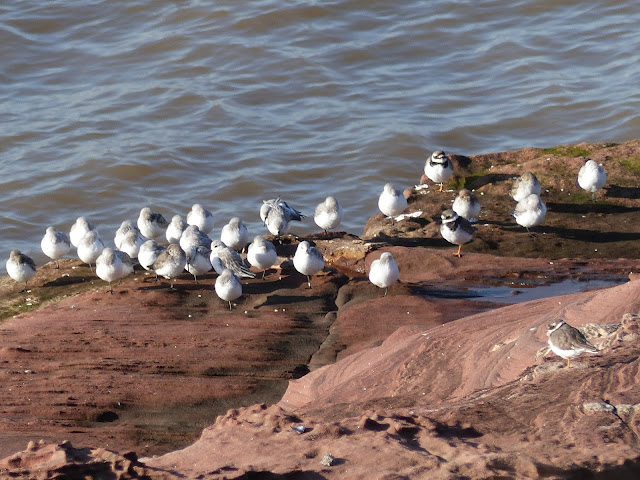 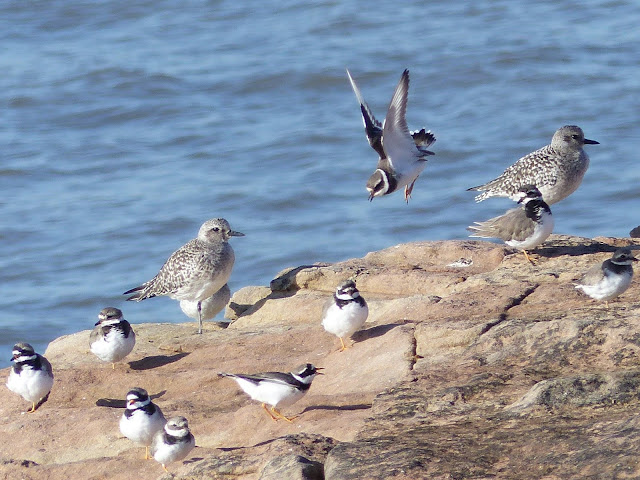 A sea watch was productive despite the easterly wind, noted were 12 Red-throated Divers, 23 Great Crested Grebes, and 52 Common Scoter.
A few Red Admirals braved the cold to fly in the sunshine. The Magpie still survives
Ringed: 8 Blackbirds, 1 Song Thrush, 1 Dunnock, 1 Long-tailed Tit      [ 762-36 ]
photo CJ, AS
Posted by Colin Jones at 15:52