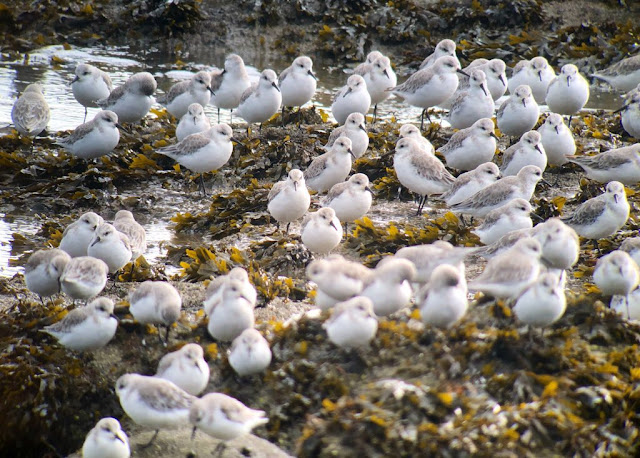 It was a fairly quiet morning on the island as one observer followed the ebbing tide out but remarkably a single Goldcrest used the wind to belt over the tide and seaweed covered rocks between Middle and Hilbre. 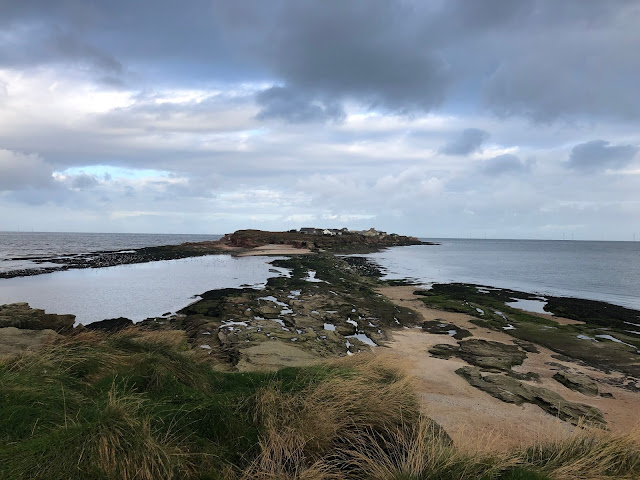 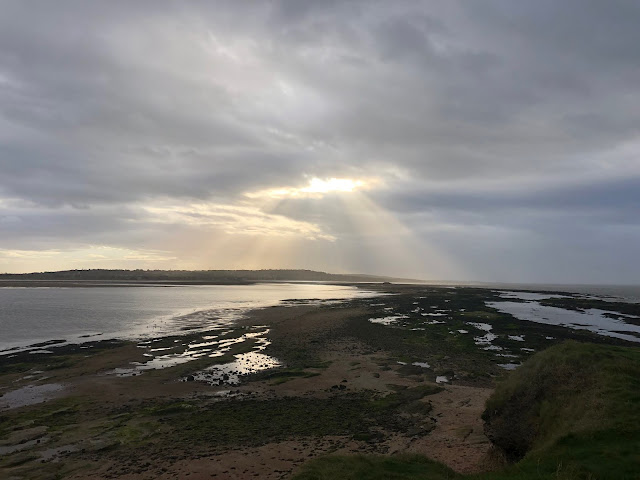 Eleven Little Egrets were found feeding and roosting on the reef and the gutter edge including 'egret flash'.

Two large flocks of Sanderling were noted flying past the North End totalling 820 and one flock landed giving lovely views - a single Dunlin and Knot were found amongst them.