Weather: ESE force 3  then SE increasing during the day. Light showers early then dry and warm.

The sort of weather when its anyone's guess what will happen. It turned out to be pockets of light passage only. Only 2 Willow Warblers were present early on with a small passage of House Martins and 3 Swifts through and a couple of Yellow Wagtails calling overhead. The main interest was later in the morning with a singing Sedge Warbler in the garden north of the obs, and a male Redstart dropping in at the top of the island and then becoming mobile in the gardens, just giving glimpses. Although there were double figures of House Martins, Swallows seemed to be just the local breeders, a pair were prospecting at a new possible nesting site. 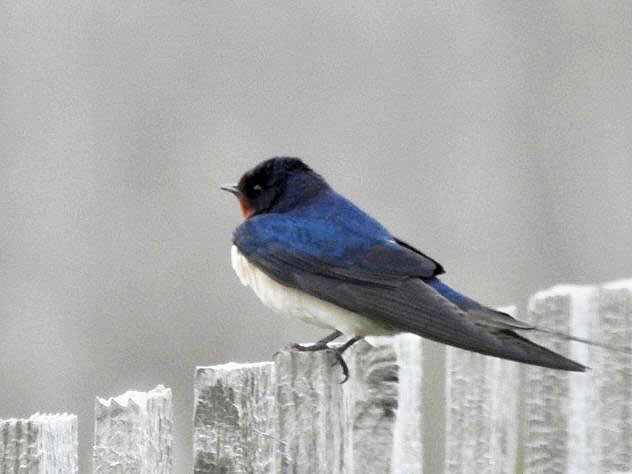 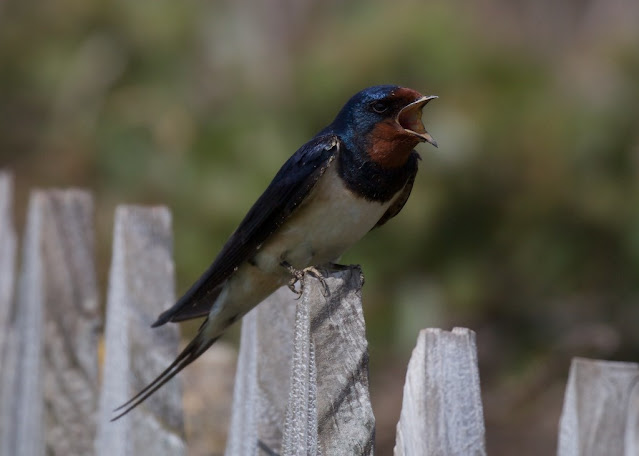 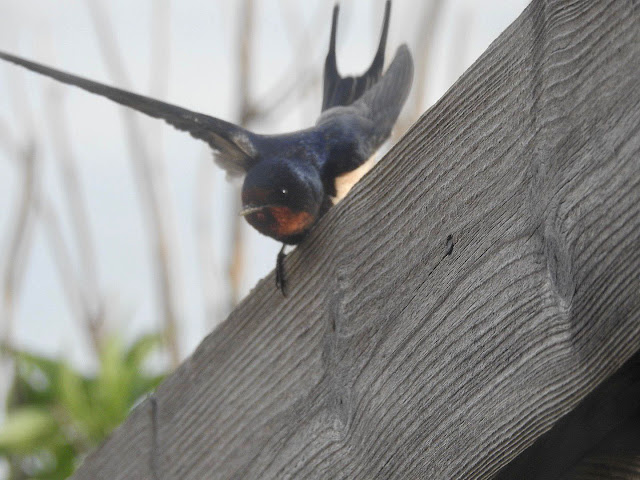 Many of the birds are now in full breeding mode, including this Rock Pipit this morning on the north east side of the island. 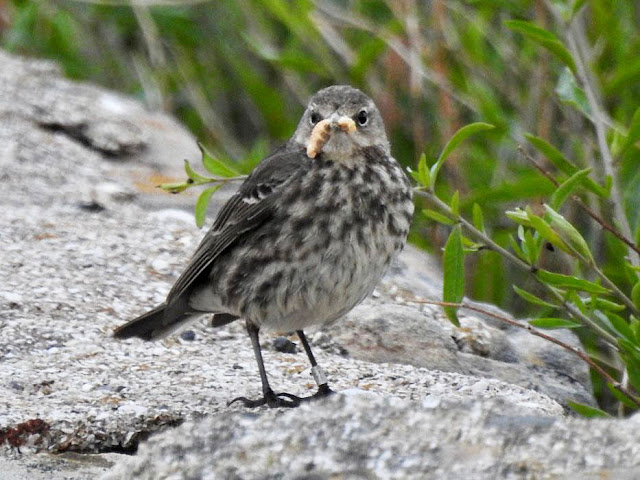 Five Wheatears included one on Middle. A female Common Scoter seems to have been in contact with goodness knows what to give it this strange appearance. 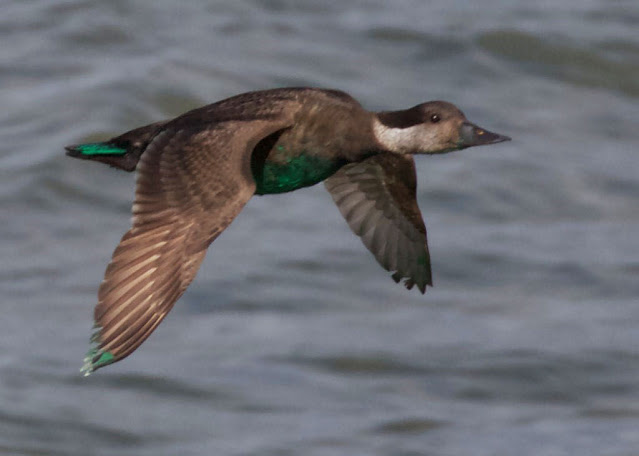 A Red-breasted Merganser flew south down the west side while the reliable Eider was at the north end early. 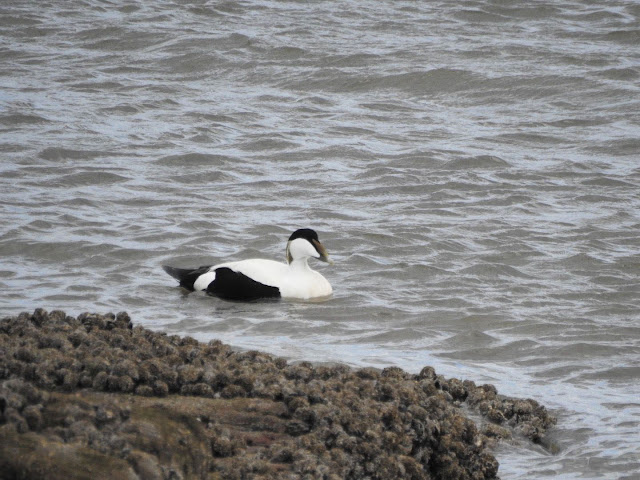 Wader numbers were low, only 2 Whimbrel today, seems most have moved on, but the sea is still worth a look with 40 Gannets and 120 Common Terns on view. 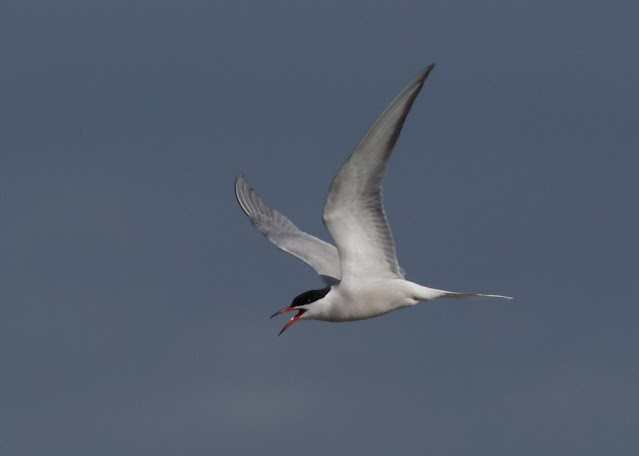 The warm afternoon made for good butterfly viewing with a very varied list including the scarce Holly Blue, Wall Brown and Brimstone taking precedence on the list ahead of  the more regular Small and Large White, Green-veined White, Red Admiral and Common Blue. 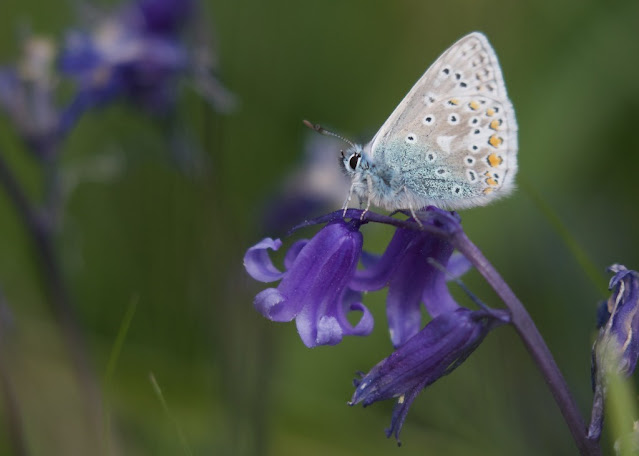 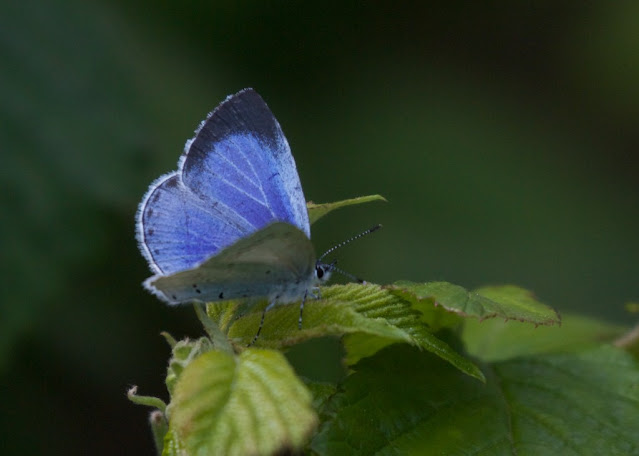 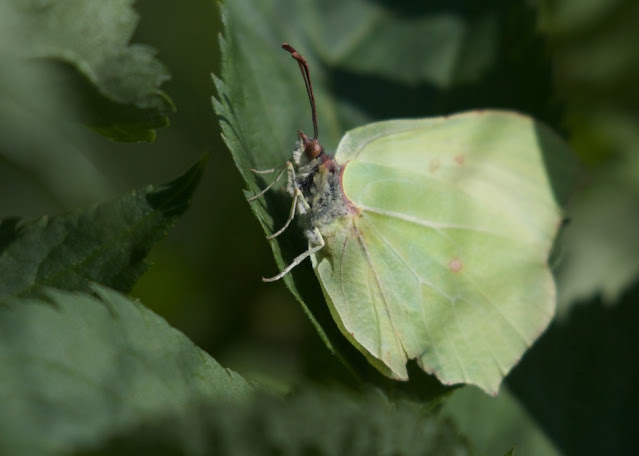