Weather: ESE force 3  veering S then W in the morning

A female Whinchat was a good find at the south end, but as we know they can be quite elusive and it was not seen again despite it moving towards the middle of the island. A wandering Woodpigeon became a surprise visitor early morning, then traditional migrants arrived in the form of 2 House Martins and a Redpoll. Five Greenland Wheatears were recorded. 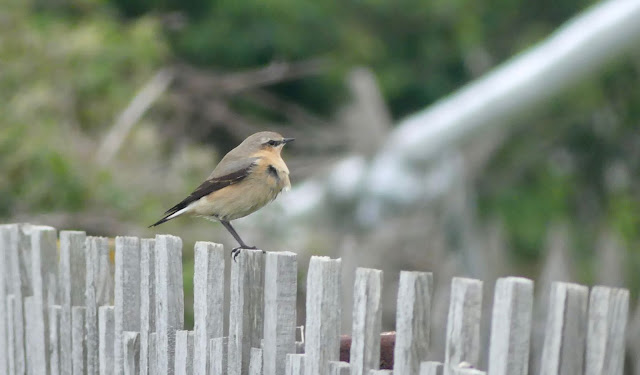 Swallows are setting up home...

and nesting activity increases among Linnets, Meadow Pipits (a juvenile was sighted already this morning) and Rock Pipits (10 were counted) 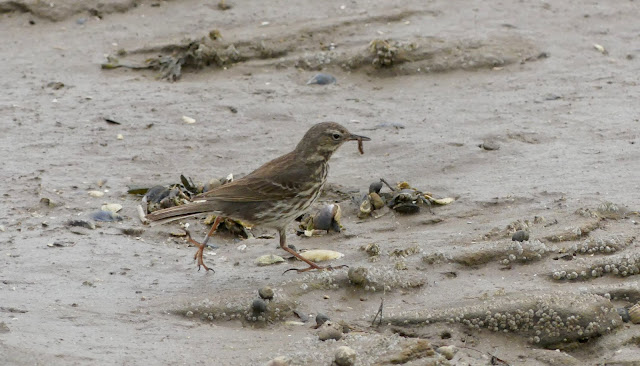 Three Whimbrel and 25 Ringed Plover were the pick of the waders. The Eider was again sitting on the whaleback. A single Painted Lady butterfly was flitting on the west side but wouldn't pose for photos, the first here this year. Occasionally this migrant species arrives in massive numbers in some years. The moth trap last night proved to be productive with a wide range of species to identify such as Treble Lines, Marbled Coronet, Flame Shoulder, Vine's Rustic, Silver Y, Bright-line Brown-eye, Buff-tip, Lime-speck Pug, etc. 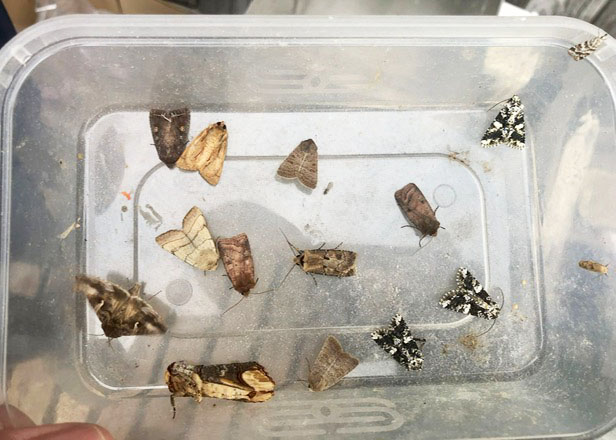