The weather started off with heavy rain showers and a south westerly wind so not much was expected. Surprisingly it soon became apparent that some birds had made it across to the island with several Greenland Wheatear and a male Whinchat being seen at the north end at first light. 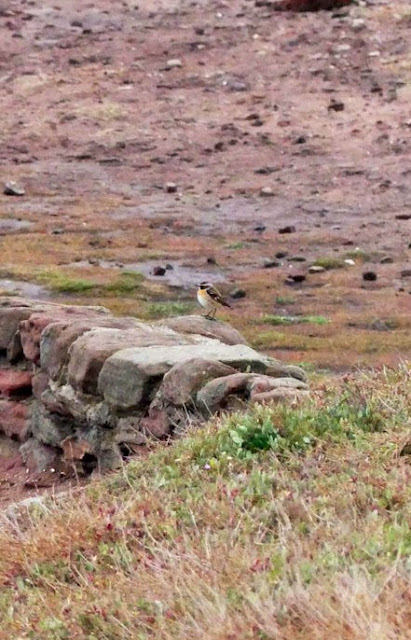 A single Willow Warbler was seen in the pittisporum outside the observatory window. As it became lighter a few more birds appeared some of which were caught and ringed including a Chiffchaff, a Greenland Wheatear, a few Willow Warblers, along with a nice Sedge Warbler. 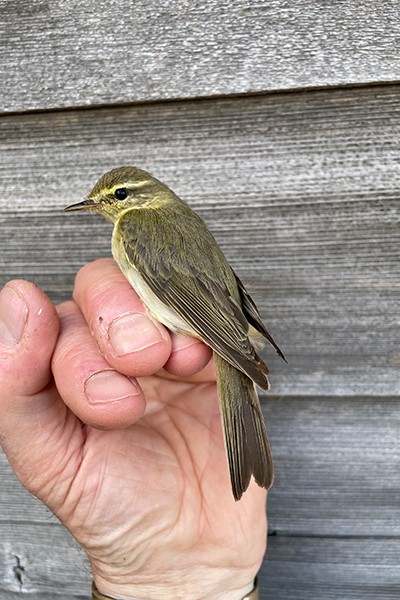 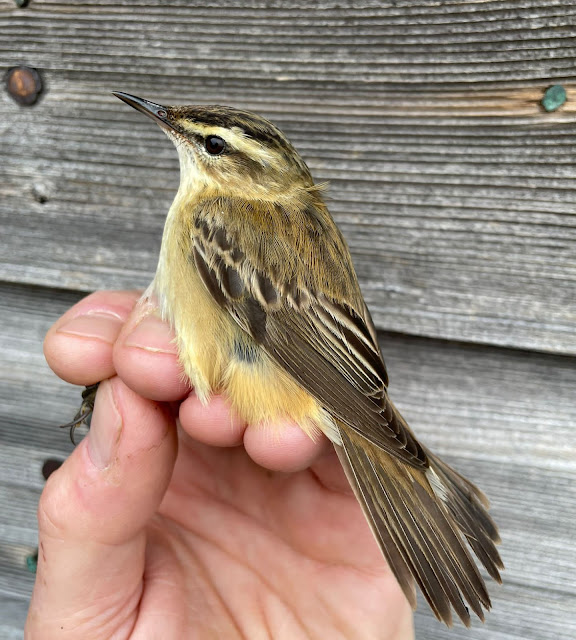 A female Greenland Wheatear first ringed on 27th March on the island and was re-trapped again today and found to have put on 5g and now weighs 31.7g. It will soon be fat enough to continue on its migration and will head straight across  the Atlantic to breed in Greenland. 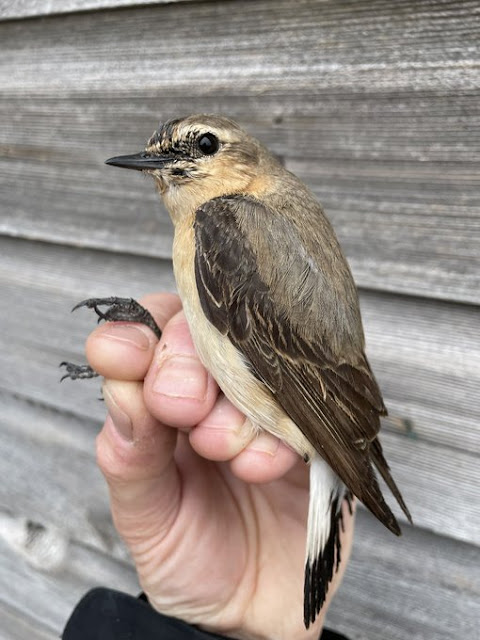 The male caught today, by contrast, carrying lots of fat for the journey weighed a whopping 40.6 g 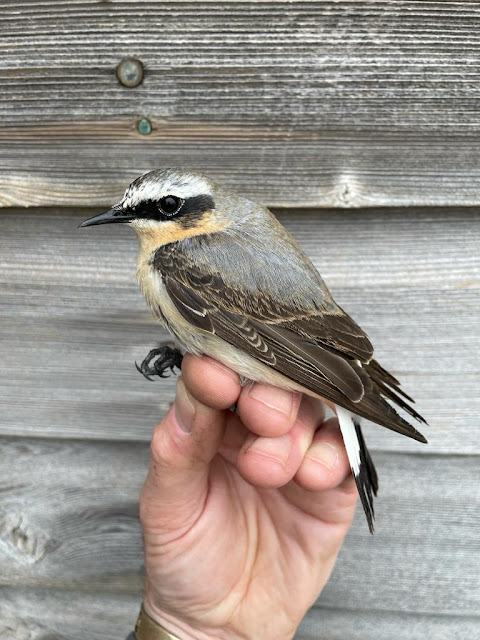 Between rain showers small groups of Sand Martins, Swallows, a House Martin and a Swift were seen flying low over the island and heading west towards North Wales. At least forty Gannets were seen flying past the north end quite close in before the high tide. 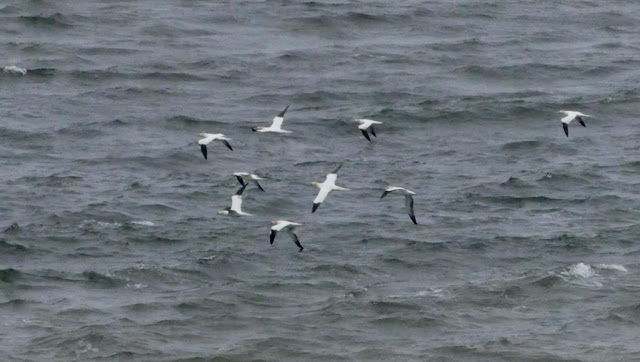 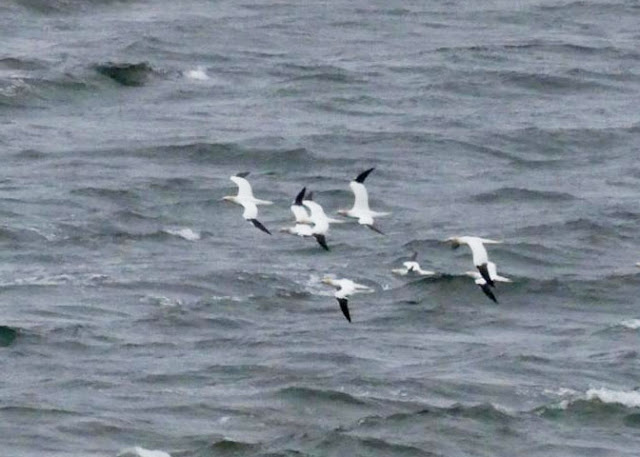 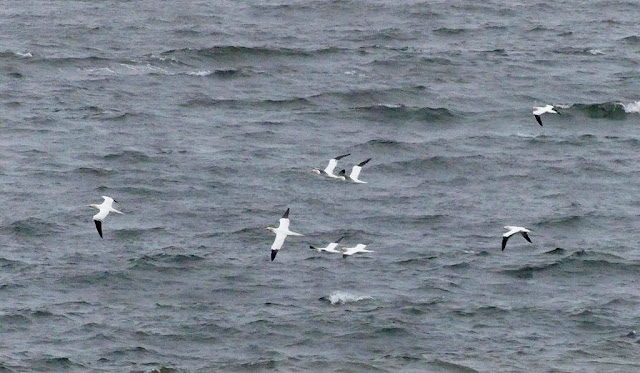 As the tide flooded the wind switched to the north west and it became a bit brighter. A summer plumaged Purple Sandpiper was a nice bird to see in the finery that is not often witnessed at Hilbre.. 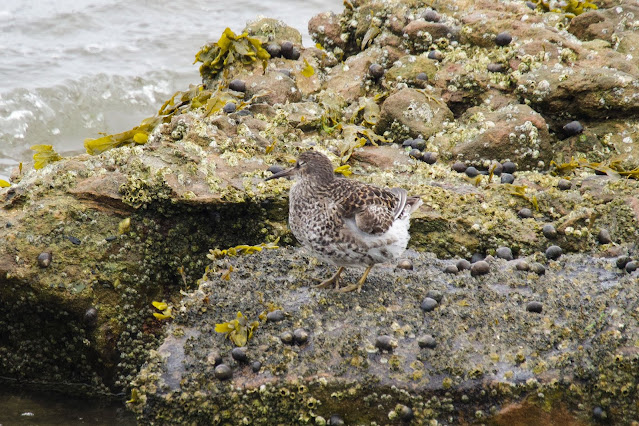 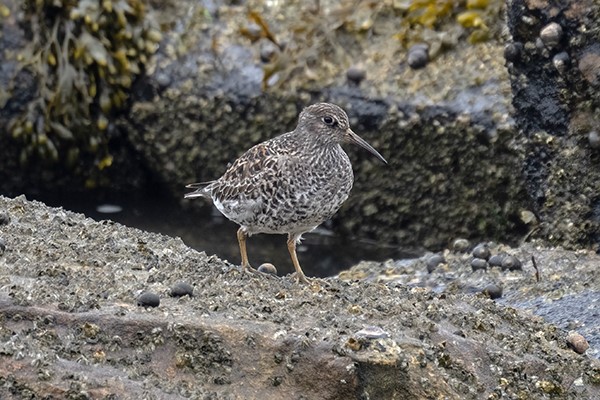 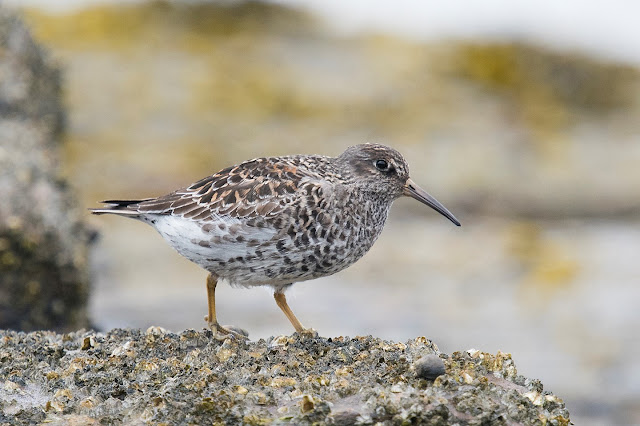 ... and a number of  Turnstone (10) and Dunlin (150 around the island, note one of the birds is ringed, but not at Hilbre) roosted on top of the cliffs at the north westerly tip of the island. 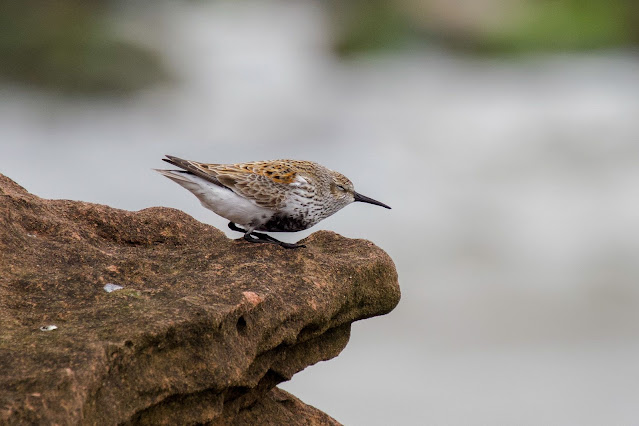 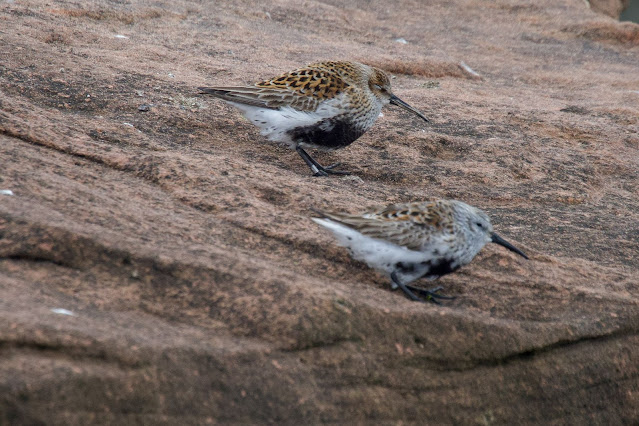 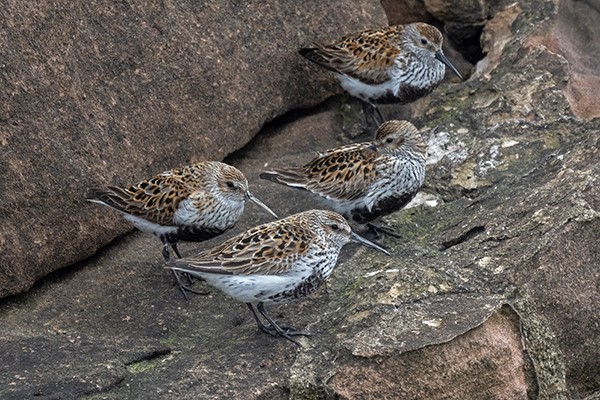 As in previous days many Whimbrel were about the island. 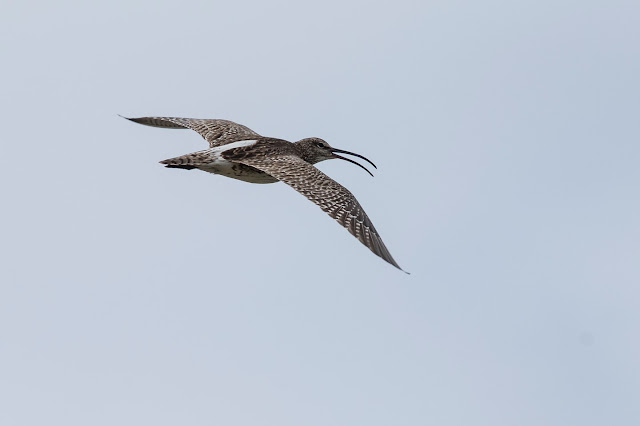 As the tide ebbed a second Whinchat, a female, joined the male at the north end before both ended down the island towards Middle Eye. 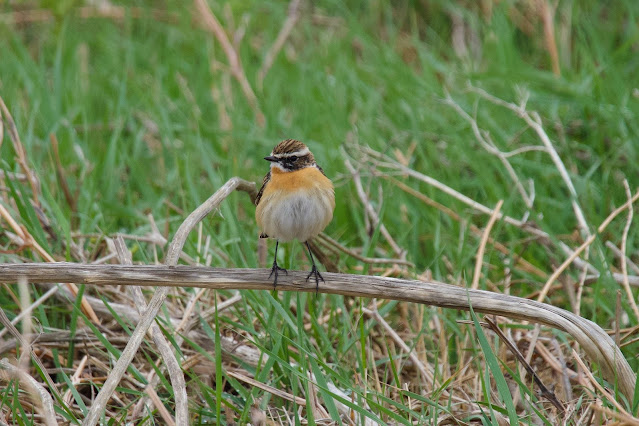 More maintenance work was carried out today with repairs started to the cliff top easterly baffle at the entrance to the SK heligoland trap. 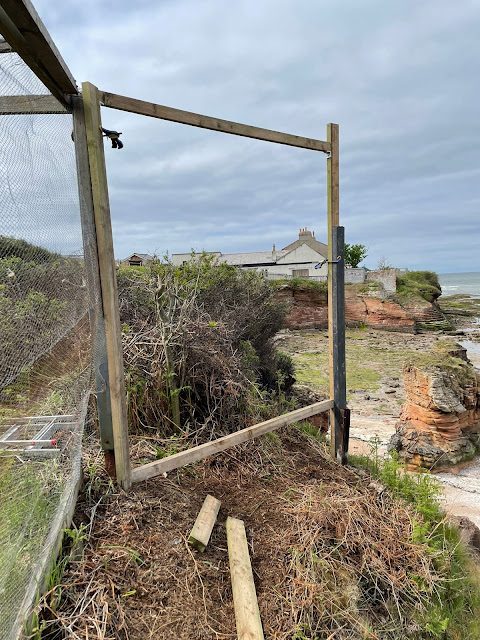