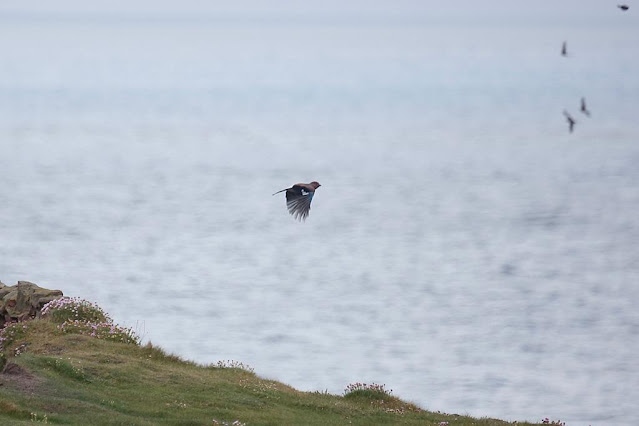 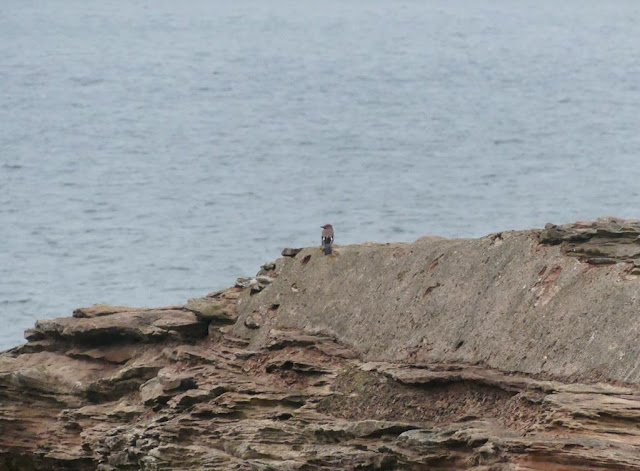 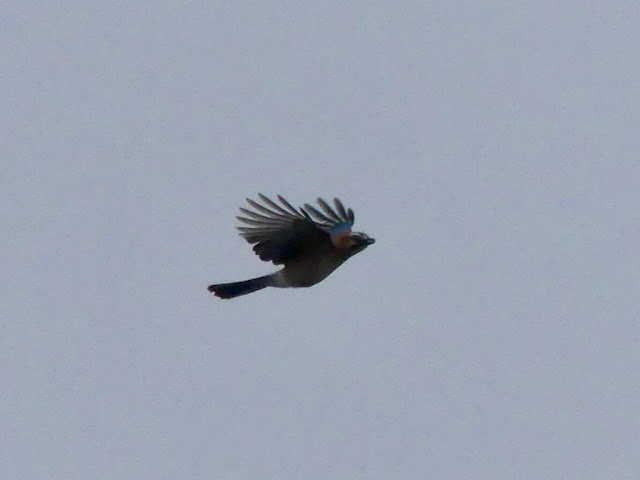 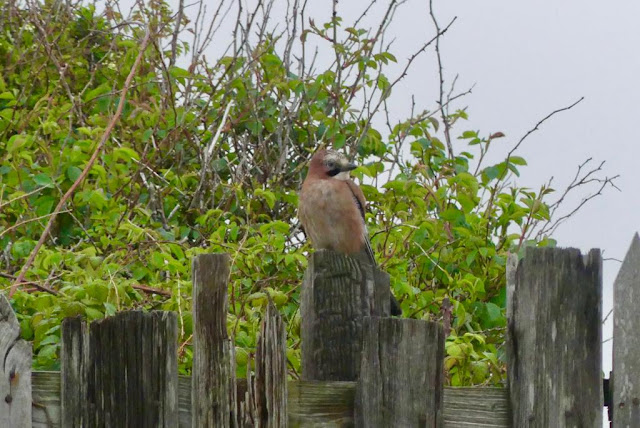 There were no phylloscopus warblers this morning but in compensation a Sedge Warbler, always a good looker, posed for a photo after being ringed. 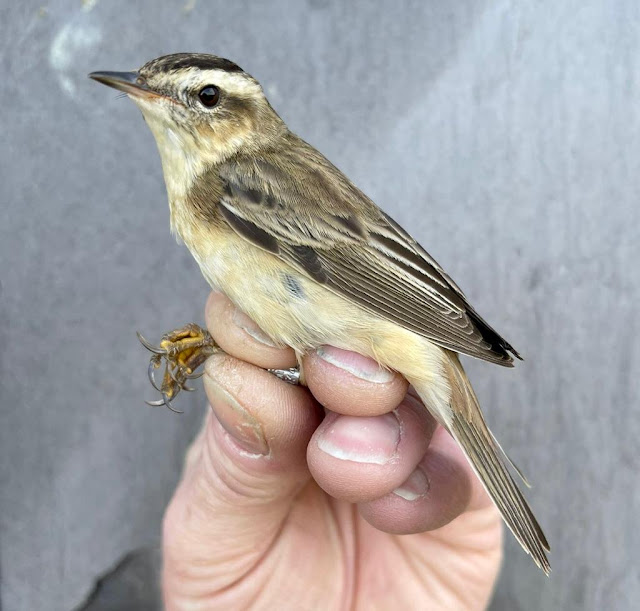 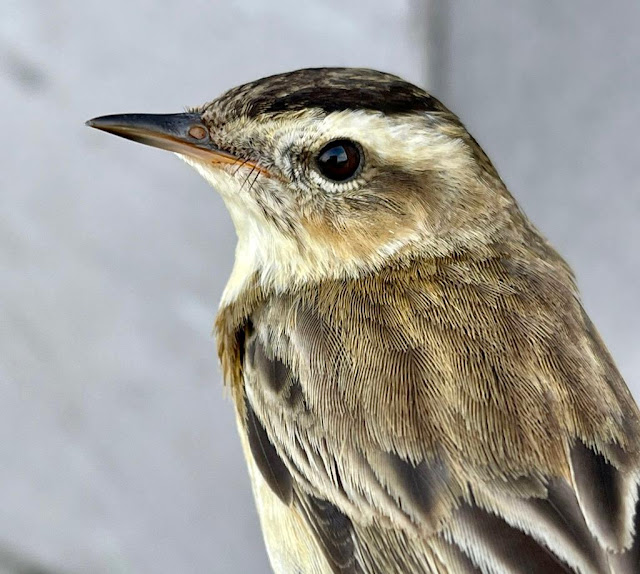 Other arrivals included 2 Greenland Wheatears, a wandering Woodpigeon and a Siskin, also a female Sparrowhawk flew west later on. Six Swallows flew about the island and 27 Sandwich Terns fed over the sea. Five Goosanders (3drakes) joined the now regular male Eider as an attraction, but the summer plumaged Purple Sandpiper failed to show today. Waders that did make the list included 130 Ringed Plover 23 Turnstones, 150 Dunlin and 13 Whimbrel.