For the second time recently a fox was seen early morning leaving the island for the mainland, it could be bad news for the breeding birds, although a quick look around did not see any obvious disturbance at this stage. 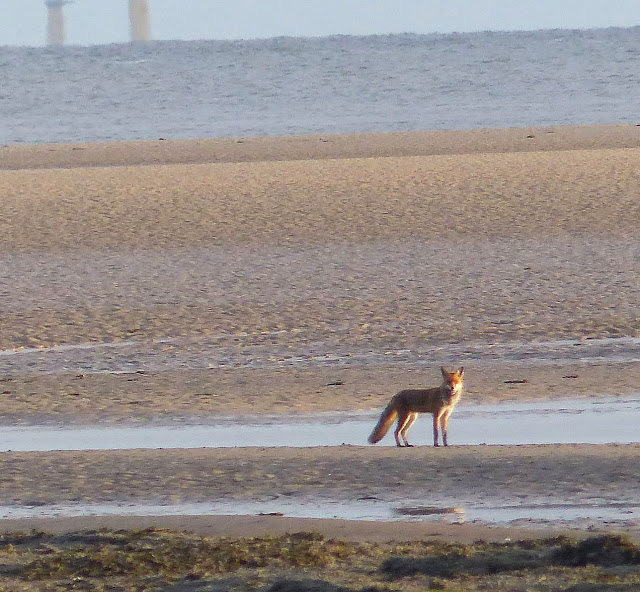 It appears the Eiders (2males+1female) are determined to stay the breeding season here as are a few Shelduck. The pair of Pied Wagtails may produce another brood given time. 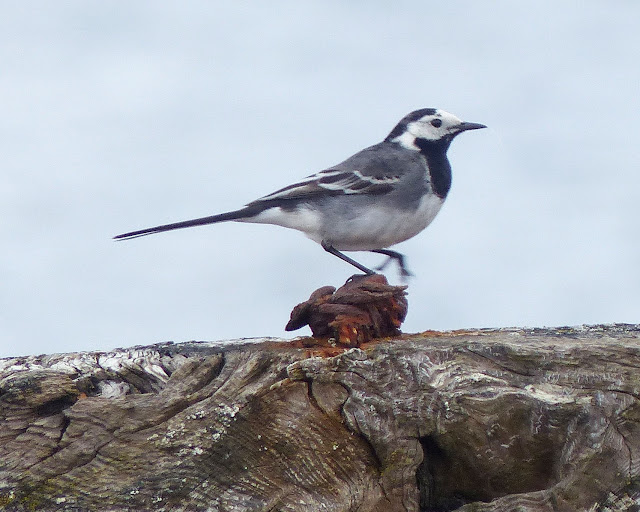 The Swallows may do likewise if the food supply is plentiful. 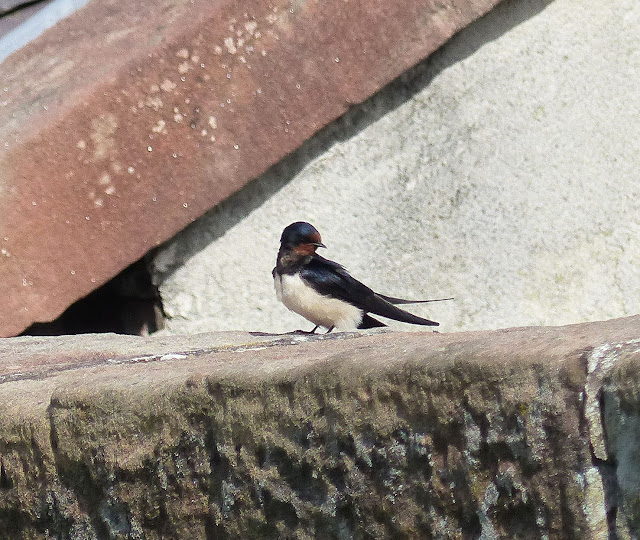 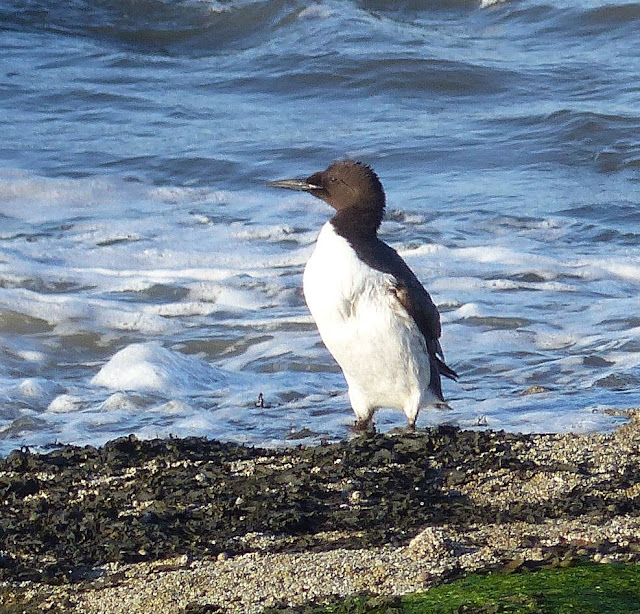 A Kestrel was on the island and a Peregrine was seen to catch a medium sized prey over the sea off the north end. Waders were short in total numbers; 70 Dunlin, 37 Ringed Plover and 3 Turnstone. A Chiffchaff joined the male Whitethroat but were the sole warblers present and a Goldfinch was the only migrant finch. Three passing House Martins went through while the local Swallows were feeding.