Weather: ESE, force 0/1  cloudy, drizzle at times in the morning, NNE 2 in the afternoon

A much cloudier and warmer morning than of late and the slight drizzle gave hope of late spring birds arriving. It turned out to be a rather quiet affair again. A Peregrine was plucking a kill on the east hoyle sand attended by the Hilbre Crows. A House Martin appeared despite the lack of Swallow passage and a late Greenland Wheatear popped up on the wall near the old obs, the first here for 3 days. 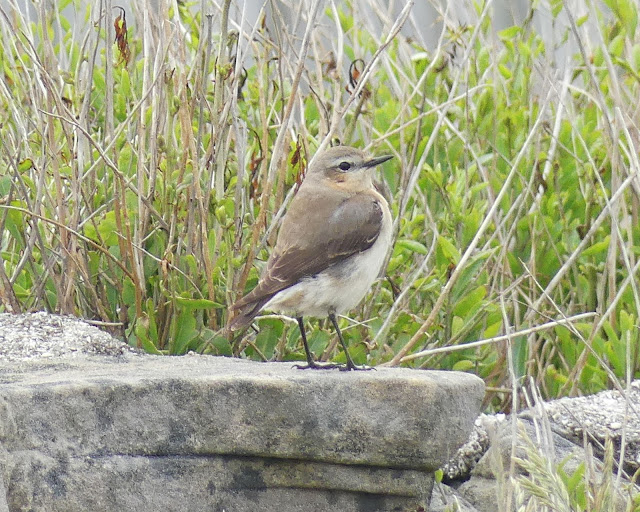 Two Redpolls flew over calling and then landed in the SK paddock but could not be relocated. The paddocks are now buzzing with Linnets, while the Whitethroat does it's utmost to compete vocally.The pair of Eiders were eventually found in their usual place at the north end and 12 Shelduck flew over apparently heading towards Wales. Waders at the tide included 2 Whimbrel, 27 Ringed Plover, 1 Grey Plover and 14 Dunlin. Later in the afternoon 2 more Wheatears arrived and several Little Egrets showed to make a total of eight.
Ringed: Nil