A day typical of previous days this week with weather conditions going through the seasons in turn during the day, starting out with gusty wintery showers and ending in warm sunshine in the afternoon. The breeding birds were once again the focus of attention. A Wren was retrapped after being ringed 17 days ago, it exhibited the start of a brood patch of a breeding female. 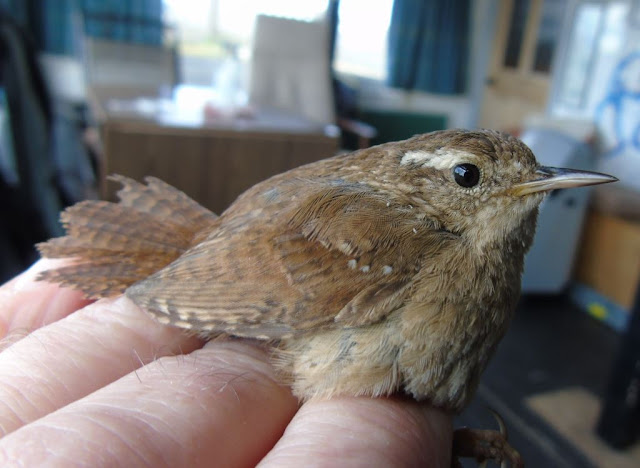 The potter traps finally bore fruit with the capture of a Rock Pipit that was ringed here in March 2020, and had probably been present since that time, confirming the new habit of Rock Pipits being resident on the islands. 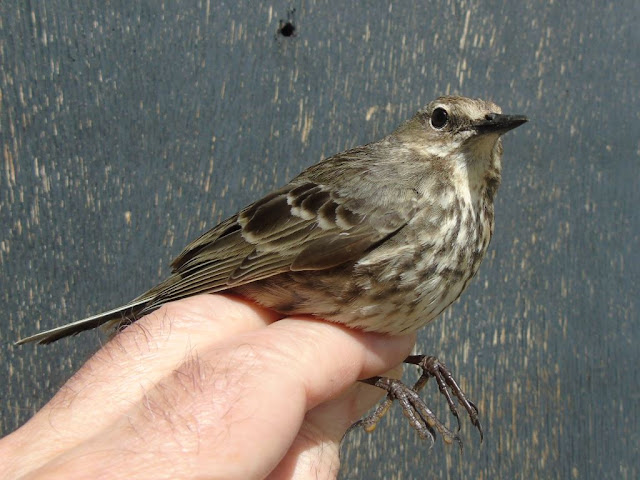 A Linnet ringed 11 days ago which was a female also had a brood patch despite being in it's second calendar year, meanwhile the pair of Pied Wagtails seem to be doing well in their breeding efforts. We saw all the possible/probable breeding ducks today: Eider; Shelduck; Mallard, even possibly common scoter (unlikely!). 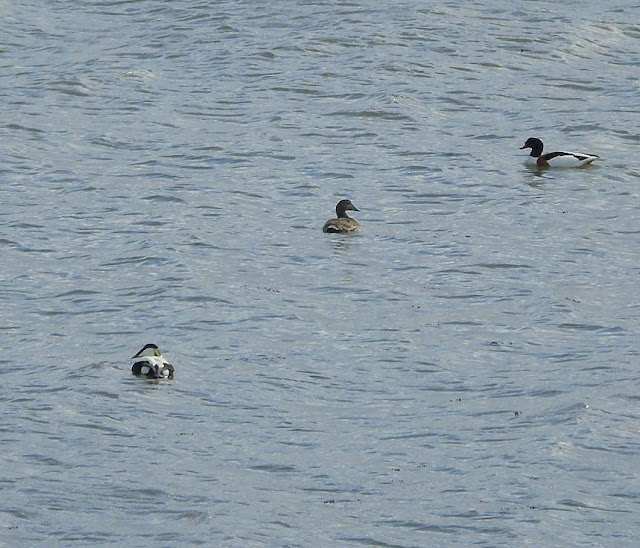 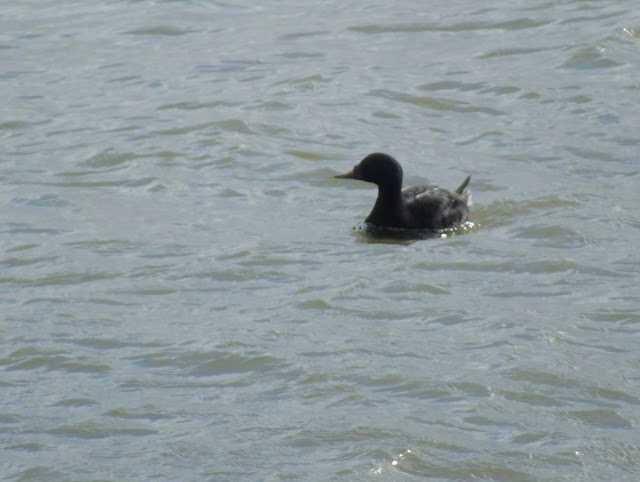 Only 4 Little Terns logged today, a more usual number for this stage of the season, likewise there were only 14 Sandwich and 2 Common Tern, 10 Gannets and 2 Guillemots but 5 Kittiwakes was a nice surprise. Five Little Egrets were on the shore as were 2,000 Herring Gulls. When it got to 12:00 the weather got hot, St Mark’s flies turned up in numbers and so did a few Swallows that appeared to be enjoying the feast. 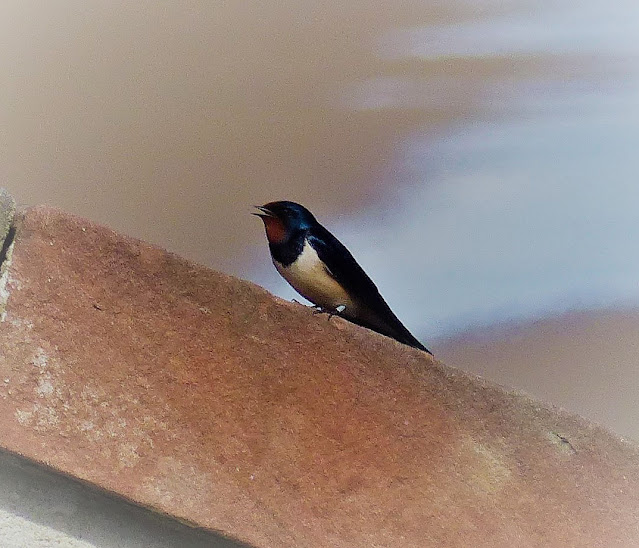 There are still Whimbrel about, 12 seen today. and as many as 650 Dunlin joined together. 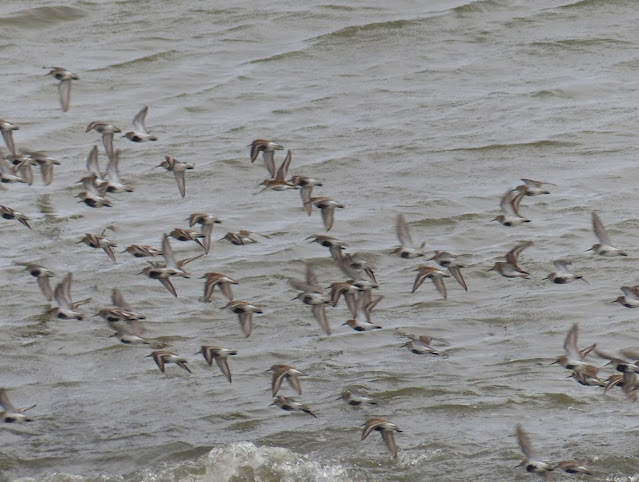 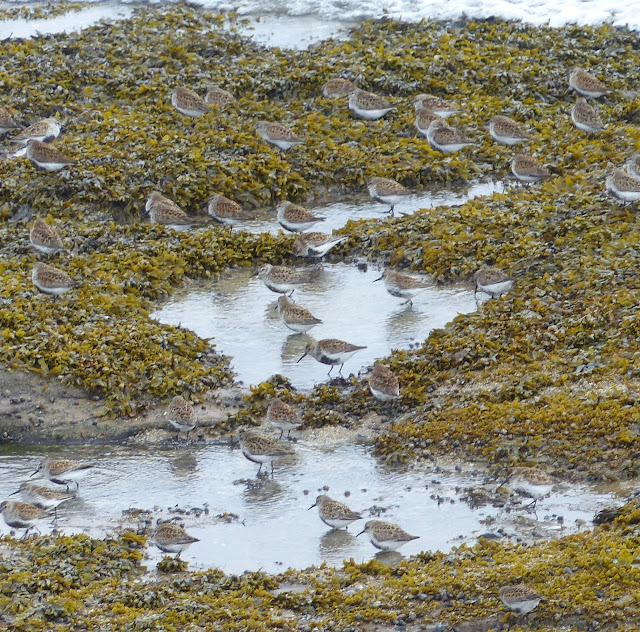 Flowers above Niffy Bay made a colourful display on the cliff. 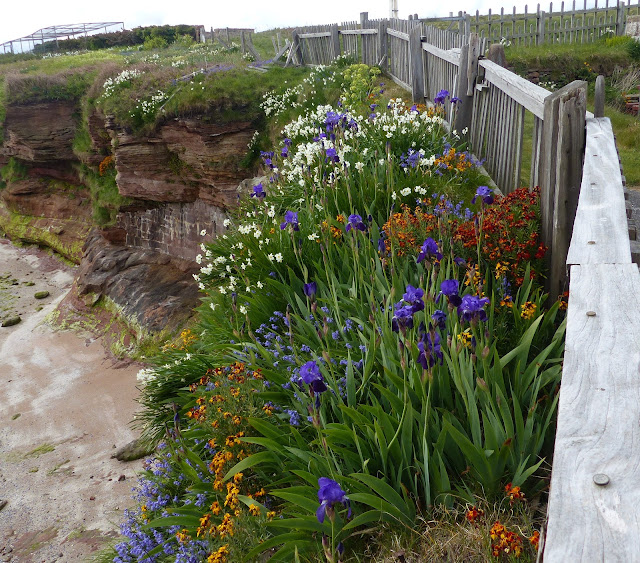 The sky at the north end was spectacular this evening. 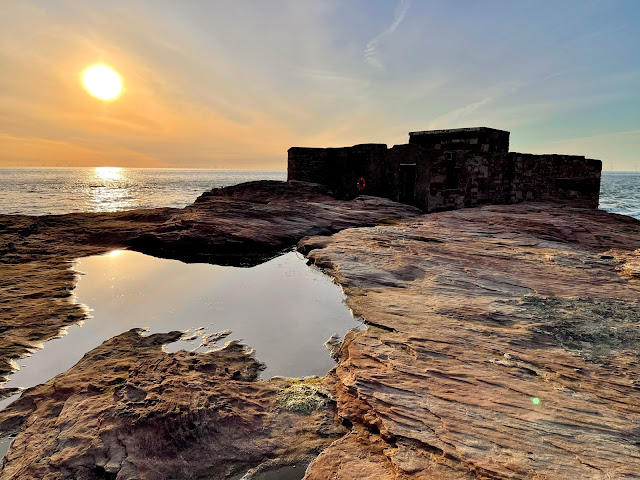 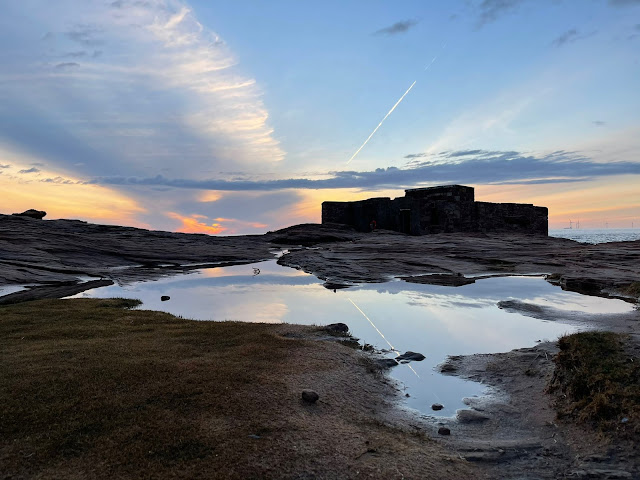 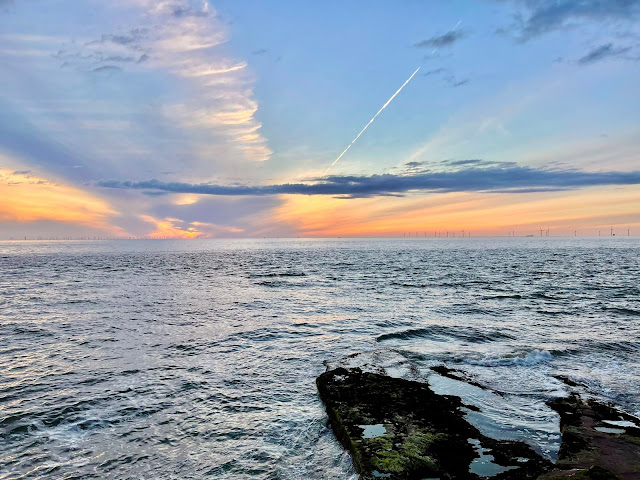