A windy and chilly day with snow on the Carneddau mountains 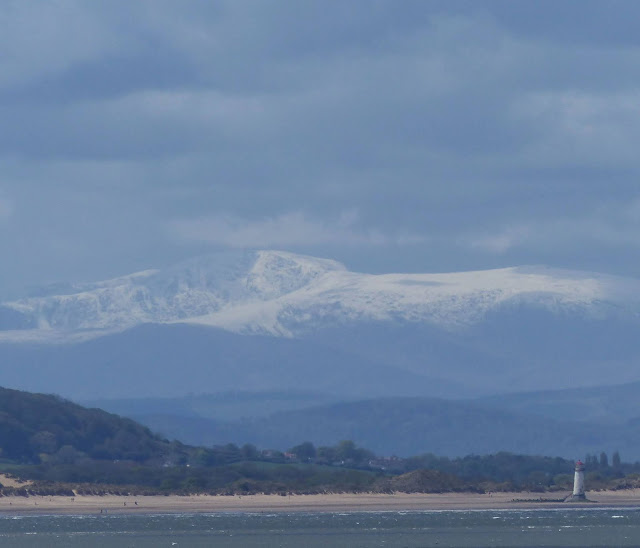 With no small migrants to be seen most of the focus during a blustery day was on the sea. A total of 54 Little Terns were in the swash after the tide, this is a large number to be seen just now so let us hope they have come to feed and have not been disturbed from their nesting attempts at Gronant. Other sea birds seen were 8 Gannets, 20 Sandwich and 3 Common Terns, 2 Common Scoter and an obliging Guillemot. 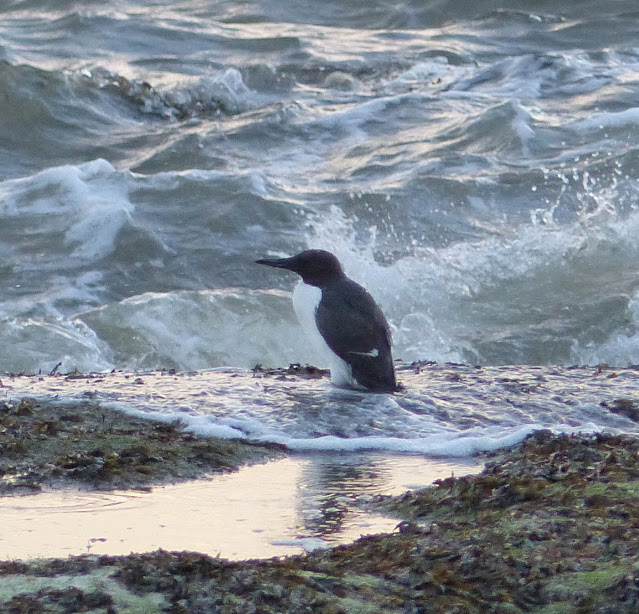 Only small numbers of waders including 400 Dunlin and 2 Turnstone, and Whimbrel were again very much the highlight, there were 15 today. 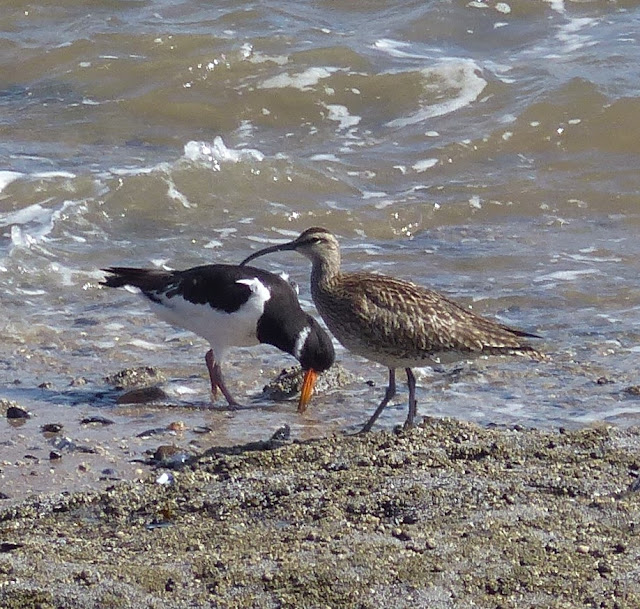 Three male Wigeon were new arrivals today, but there were the same Eiders present as yesterday (2 male,1 female), the males were displaying to the female which had a broken wing and would be the same bird as last year.  A Grey Heron and 3 Little Egrets made the bird list. 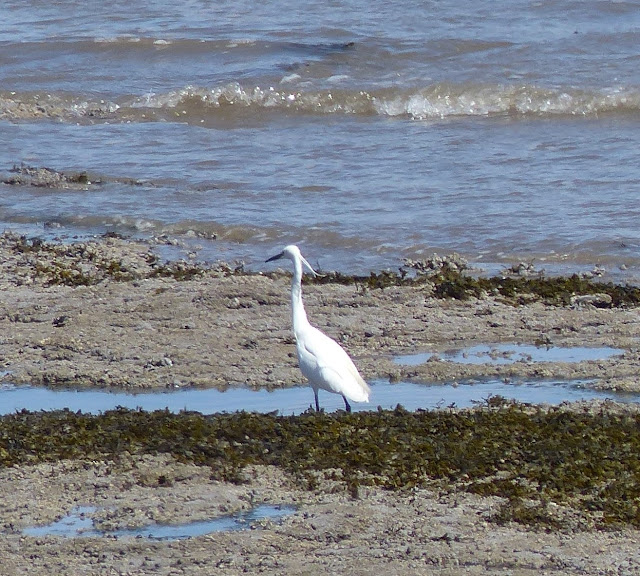