Calm and cloudy conditions prevailed this morning, but crucially no mist. A couple of Greenland Wheatears were on Middle and a few Willow Warblers were present first thing. 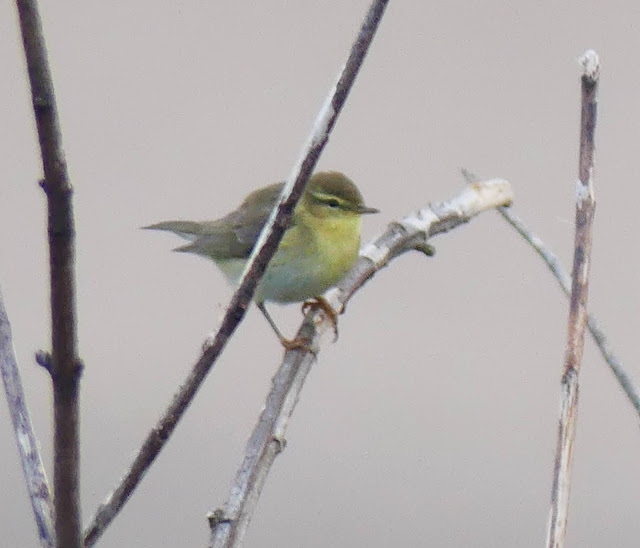 Several Swallows, 2 Sand Martins and a few Goldfinches passed through, then before mid-morning the wind veered south west and surprisingly landed a singing Whitethroat and a splendid Whinchat at the south end of the island. 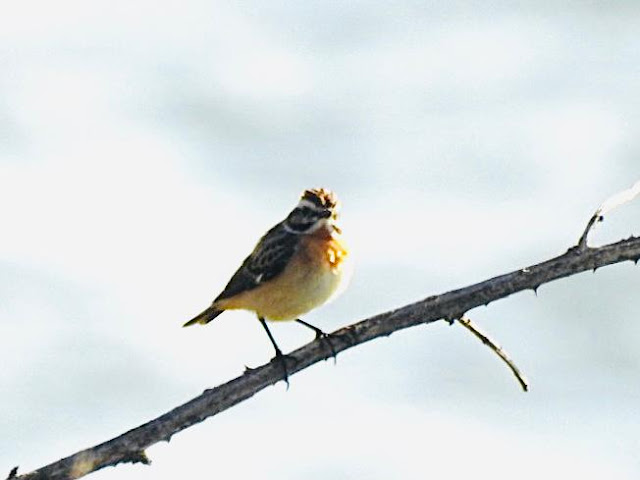 First thing a pair of Teal were on the sea to the north west, and the regular 3 Eiders (2male) were noted at the north end, while other ducks seen were 25 Common Scoter, 7 Shelduck and the 3 island Mallards. At least 6 Whimbrel called and other waders made excited noises prior to their northward migration.