Weather: ESE force 6, in the afternoon SSW with drizzle

A number of Meadow Pipits came through this morning, also 3 Starlings, and amongst the 9 Wagtails were 2 Grey, 3 White with 4 Pied flying through, while Blackbird numbers increased to 5 on the island. Wader numbers were routine at the low tide but did include 5 Sanderling. Other records included 2 pair of Great Crested Grebes, 3 Common Scoter and a Grey Heron. Six Rock Pipits being seen bodes well for the coming breeding season. Five Mallards, (2 females and 3 males) were on the pond. 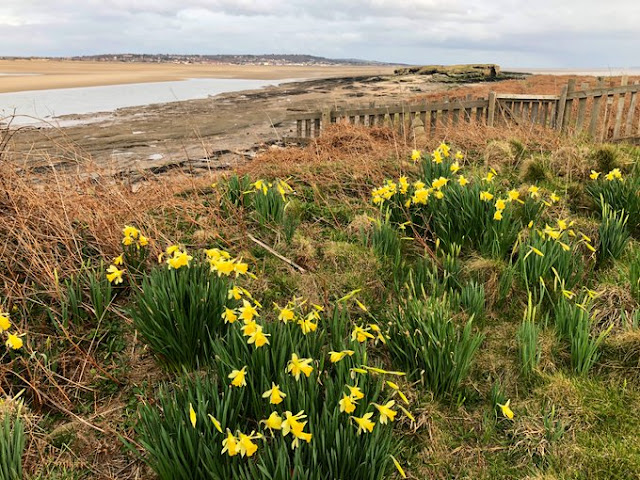