A cool breeze greeted observers, and small  movements of migrants came through but frustratingly they all seemed to want to move on rapidly, most towards Middle in a southerly direction. Two Wheatears were briefly off the west side and 2 (probably the same) spent the tide on Middle, then another made it to the main island in the afternoon. Likewise a couple of Goldcrests departed for Middle and 2 were found there after the tide, with another 2 arriving on the main island later. Likewise half a dozen early Goldfinch and 7 Siskin made very brief appearances and a few Meadow Pipits, Pied Wagtails and 2 Starlings flew through, while a couple of Chaffinches were also elusive.. A House Sparrow was heard near the north end and again preferred a southerly move towards the buildings before disappearing altogether. 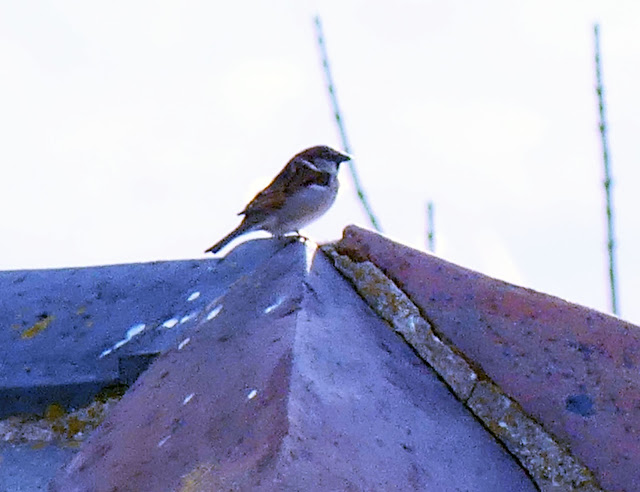 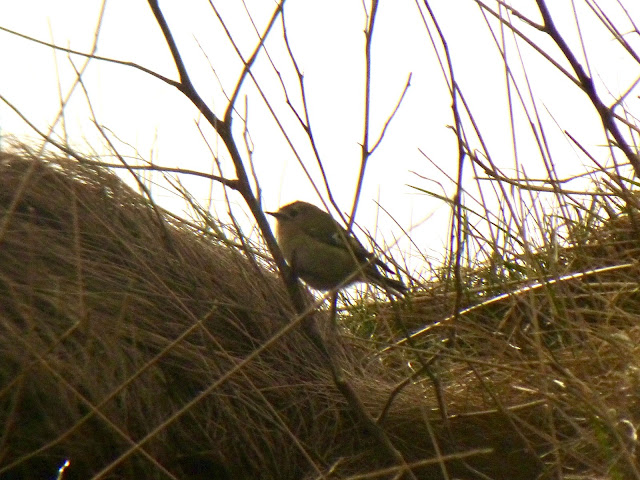 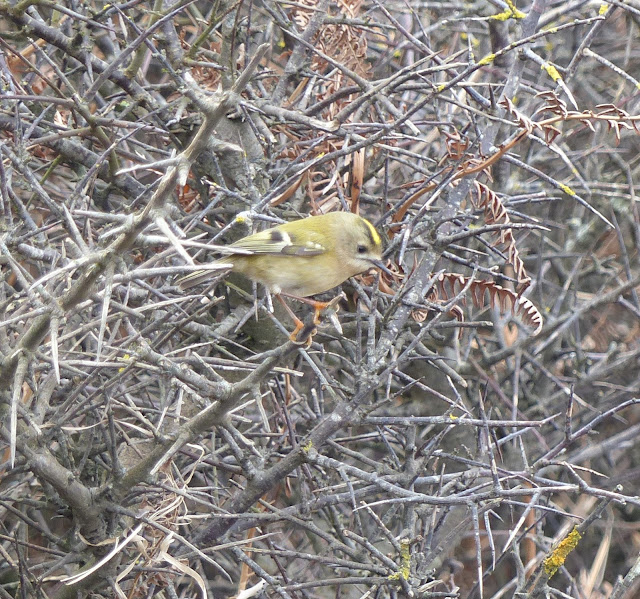 One of the visiting Goldfinches that sat on the obs fence intrigingly had been already ringed. 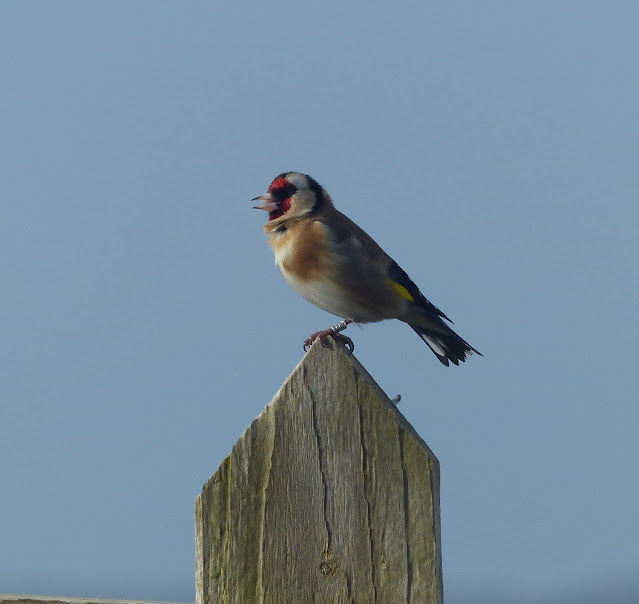 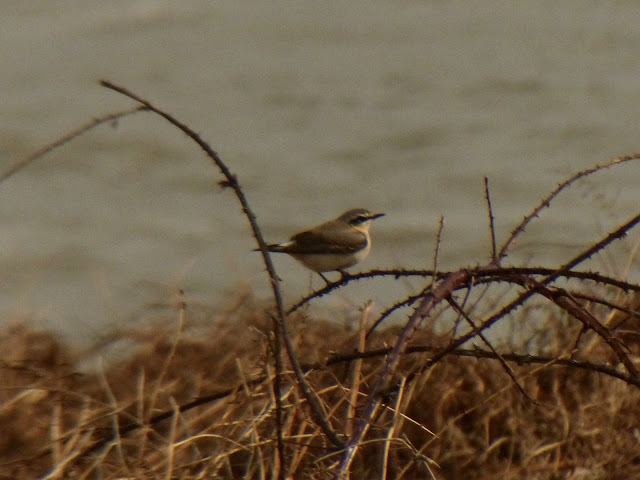 After the tide the Goosander that was seen early off the north end stood on a rock in the lagoon between the islands. 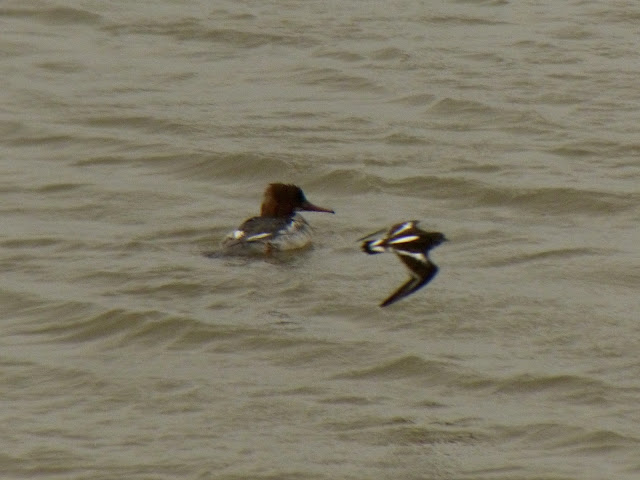 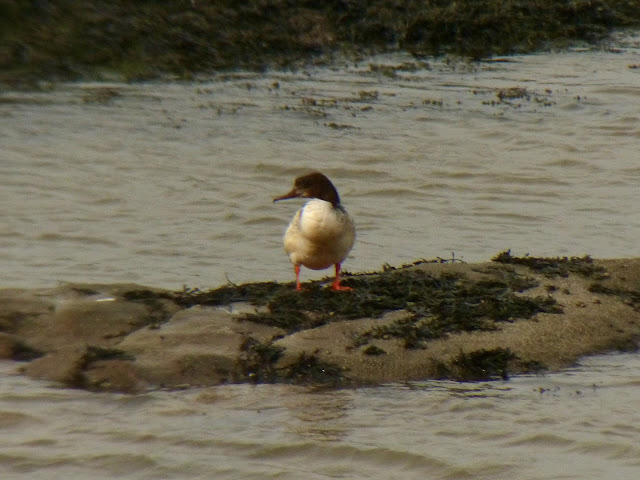 Two new Robins and a Dunnock were ringed, small numbers of new Robins have arrived at the island in the last few days. Counts of several species exceeded 3 figures today including Shelduck, Brent, Grey Plover, Dunlin, Knot, Redshank and Curlew. At low tide however only a single Purple Sandpiper could be found, but 11 showed later in the afternoon. A Kestrel arrived mid-morning. 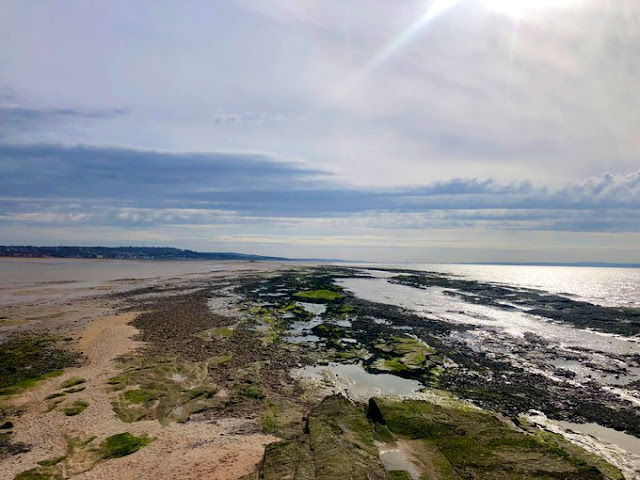