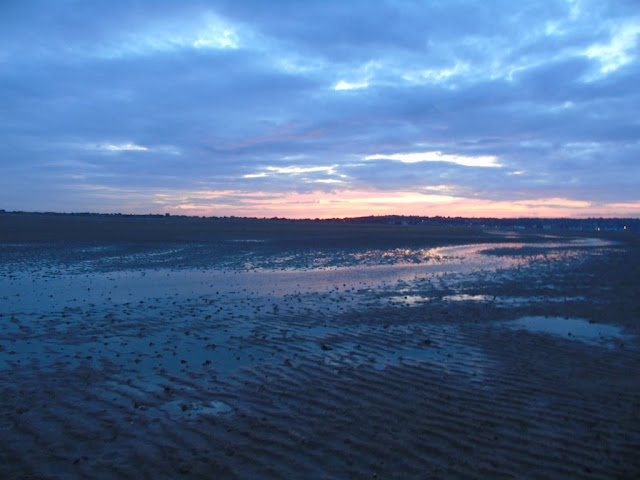 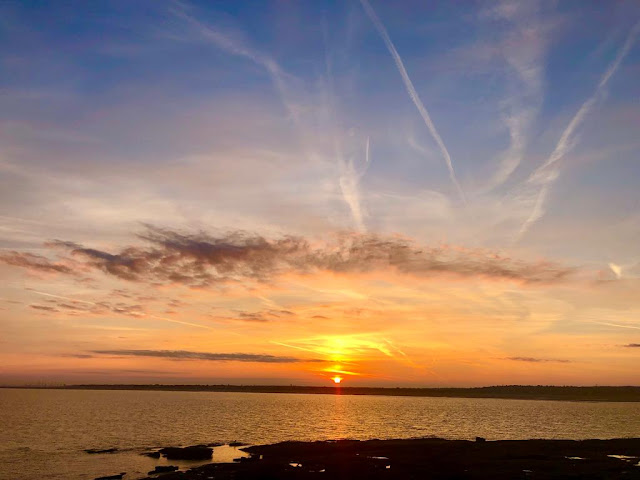 The sky at dawn gave the clue of the weather to come with constant rain from 11.00 am. Wildfowl featured again this morning with totals of 15 Teal, 4 Wigeon and 2 Pintail (which flew west directly over observers), 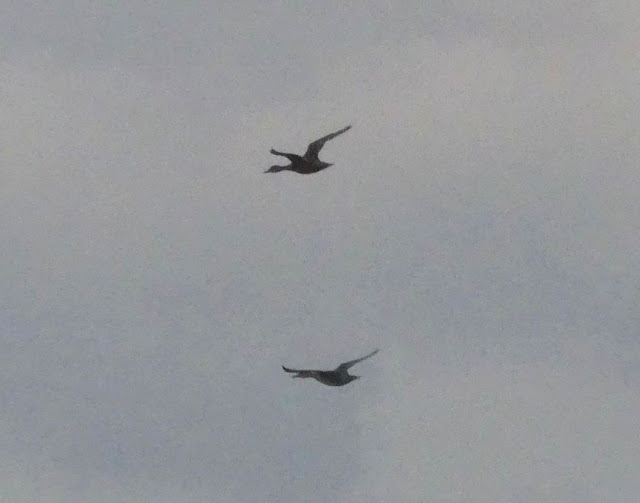 also a party of 9 Pink-footed Geese. 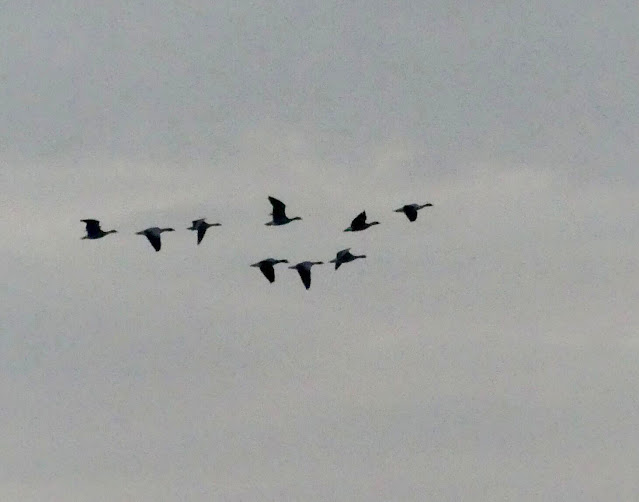 A single male Common Scoter sat on the island rocks. 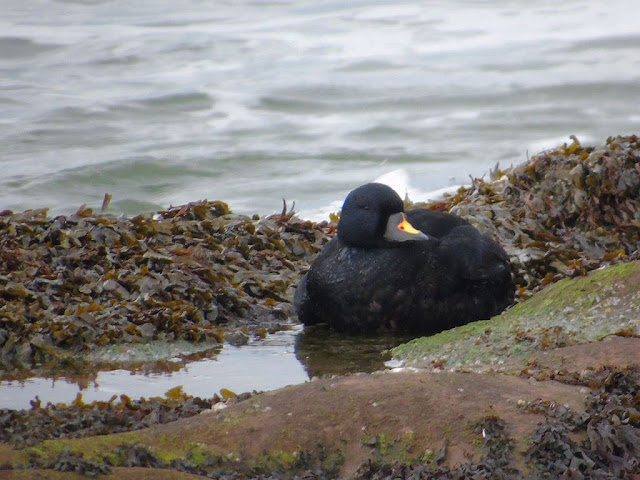 No terns were seen, although a Common Tern was reported to be by West kirby marine lake. Two new Linnets and a Rock Pipit were ringed today, 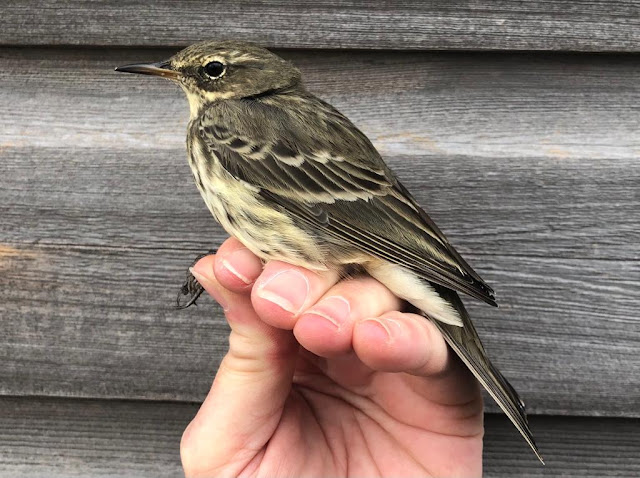 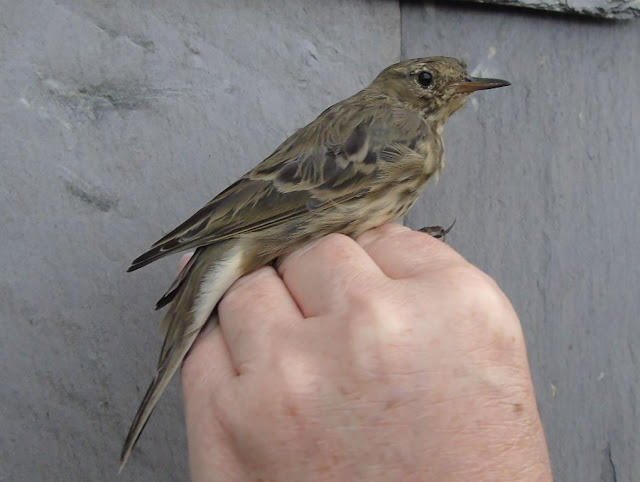 and a juvenile Blackbird was also retrapped. 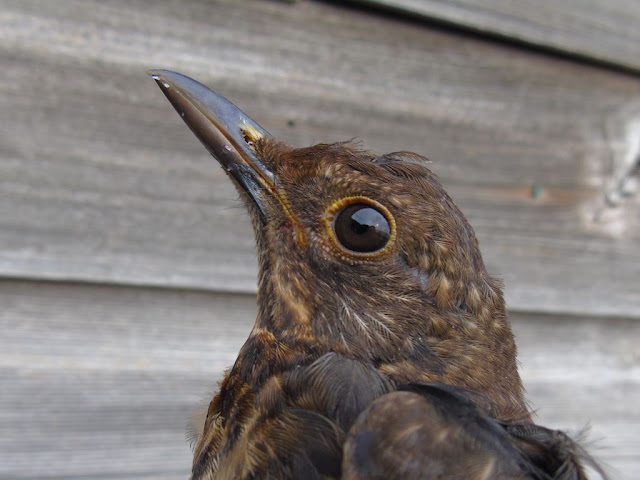 Up to 200 Linnets flew around the island but only 3 Meadow Pipits were noted and there were no hirundines, warblers, crests nor wheatears seen. A late Whimbrel was here today, also 180 Curlew, 70 Ringed Plover, 17 Bar-tailed Godwits and 7 Grey Plover. Peregrine and Kestrel were both in attendance and at one stage 2 Ravens were on the island, one had been attacked by the Crows. 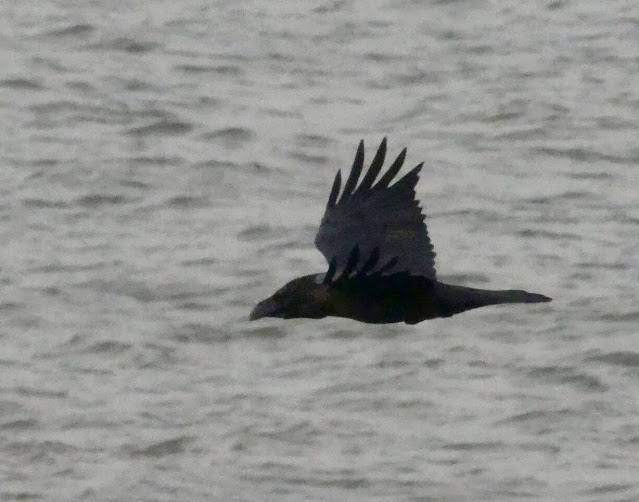