A repeat performance of yesterday's petrels was desired even if the wind speed was slightly down today. The morning indeed did mirror that to some extent with ducks featuring 5 Pintail flying west and records of 6 Teal and then the odd Manx Shearwater flying through. Again we had to wait until the tide started to ebb before the first Leach's Petrel came into view which sent the camera shutters into overdrive, usually not an easy subject with the birds often lost to sight in the wave troughs in the rough sea. 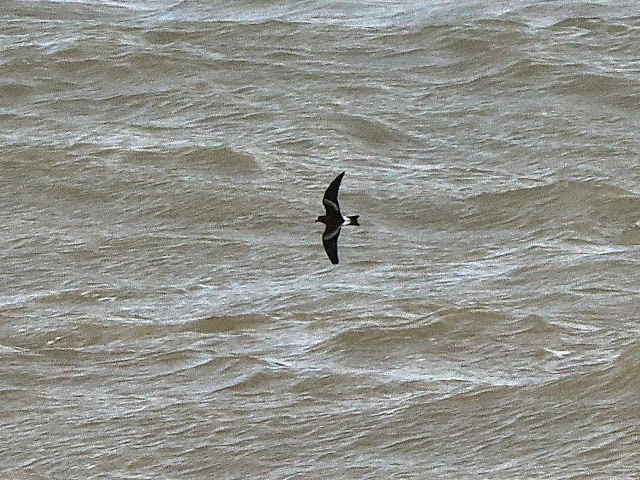 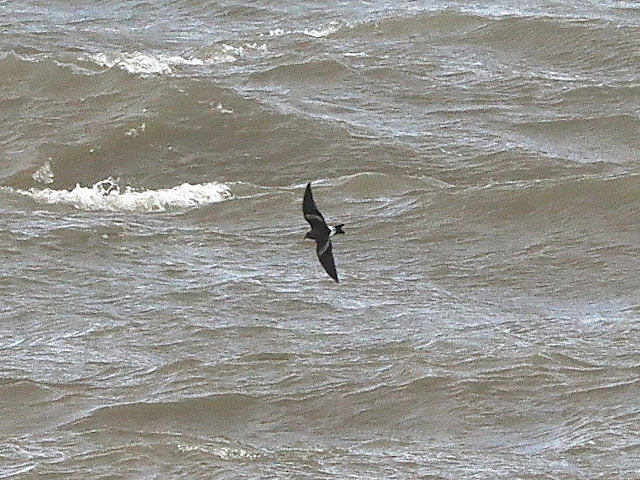 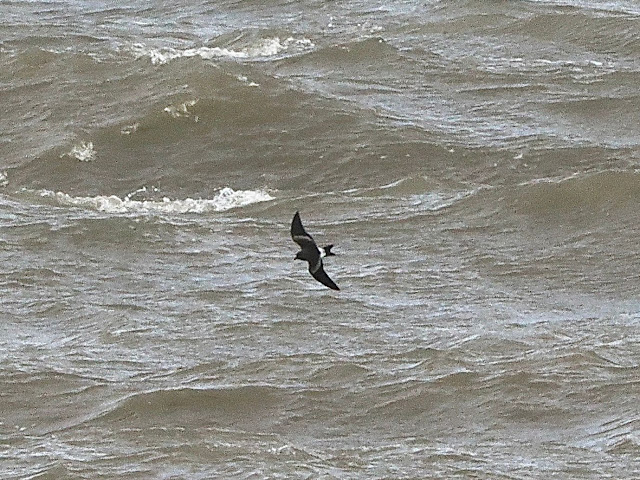 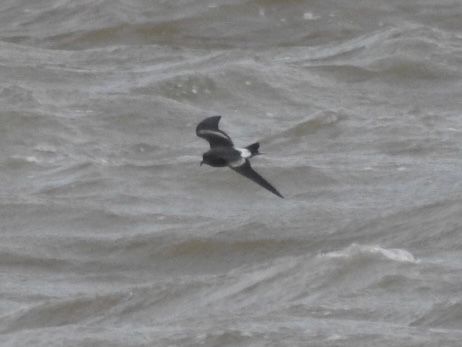 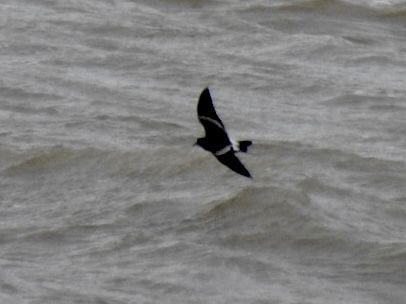 Two Leach's passed early afternoon until later on when another single came over the east hoyle and out to the west through the throng of gulls there. Other sea birds logged included a wide variety, there were 2,000 Common Scoter (seen distantly), 3 Red-throated Divers, 3 Red-breasted Mergansers, 2 Gannets, 5 Great Crested Grebes, 4 Guillemots and a good record of an Arctic Tern and about 50 Sandwich Terns. 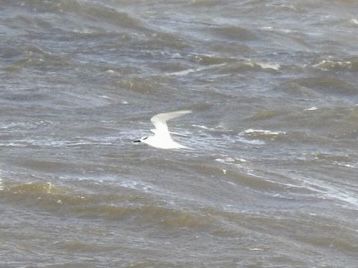 Brent numbers are now up now to 48, while a male Eider turned up and showed well. 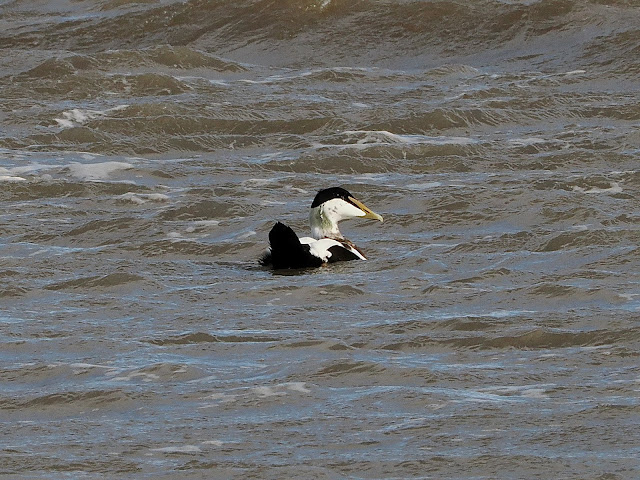 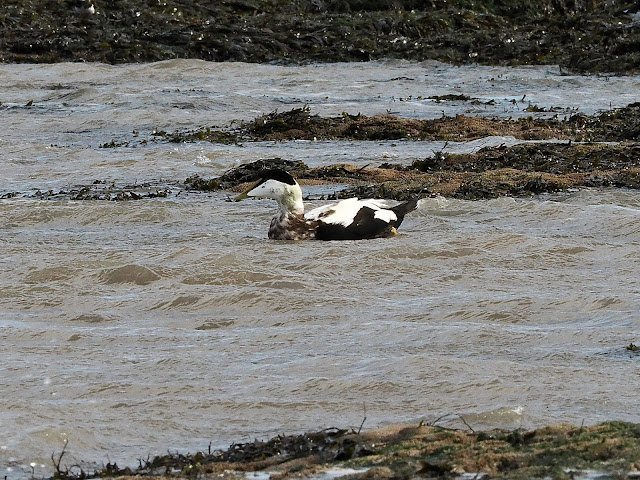 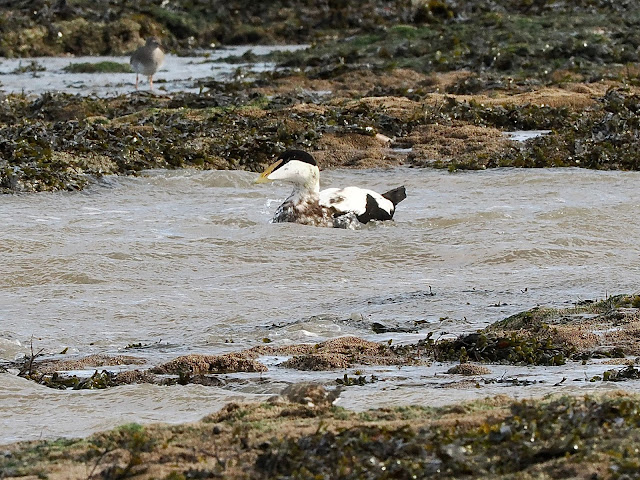 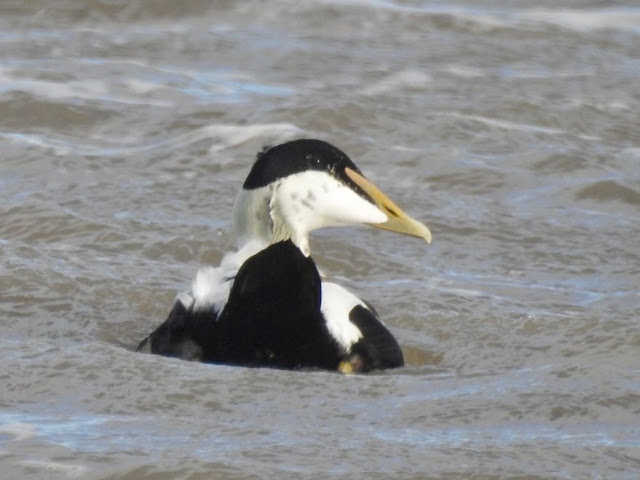 A Merlin visited the island and a Peregrine was also here, so the waders had to take care. Star bird amongst the waders was a Golden Plover. 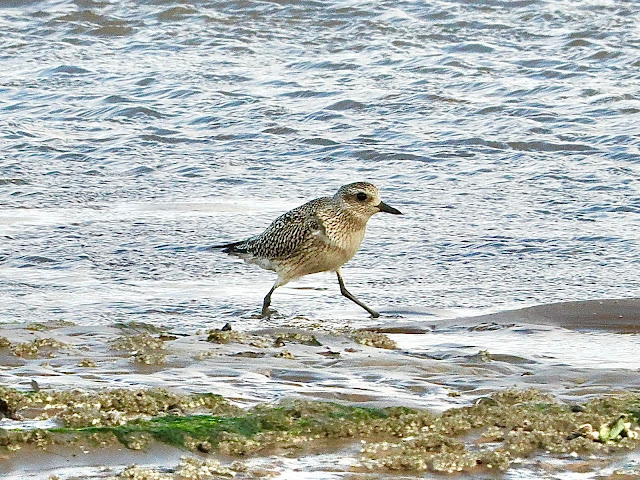 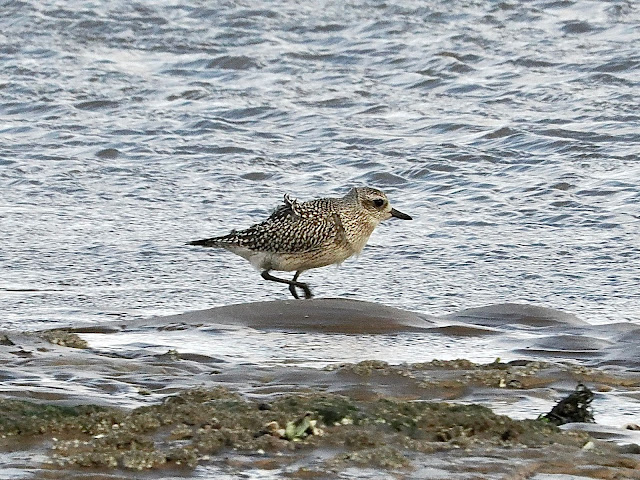 There were also 24 Grey Plover. 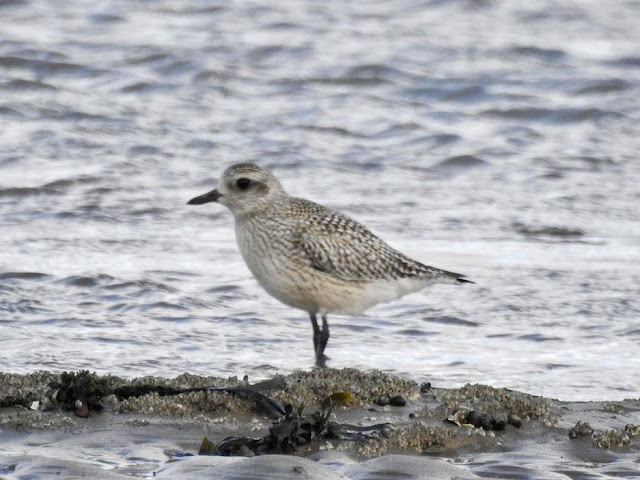 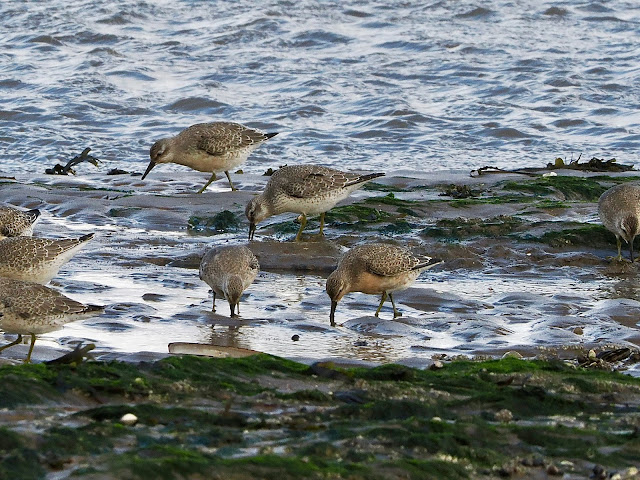 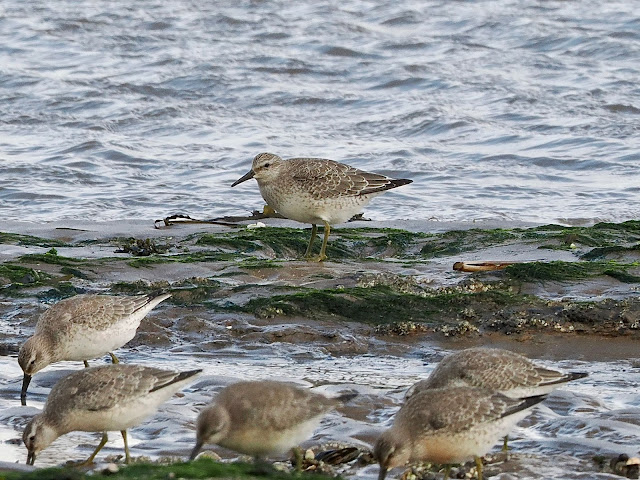 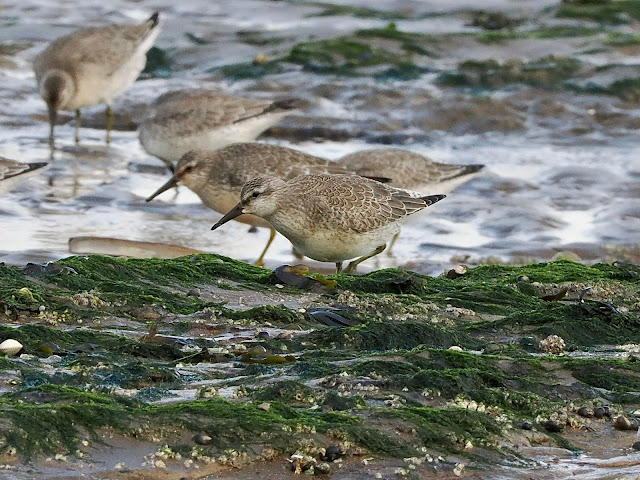 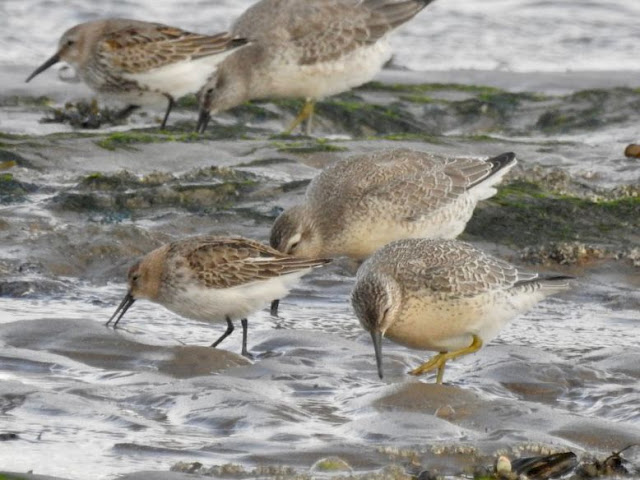 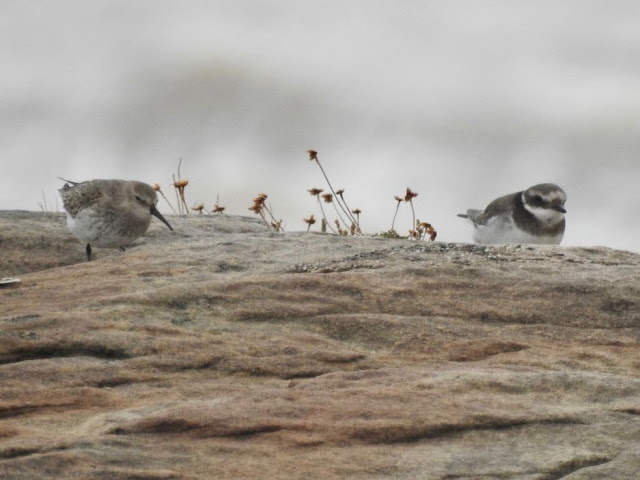 Other waders included 140 Curlew, 60 Redshank, 44 Turnstone, 6 Bar-tailed Godwits and 6 Sanderling, while 3000 Oystercatchers were about the islands. 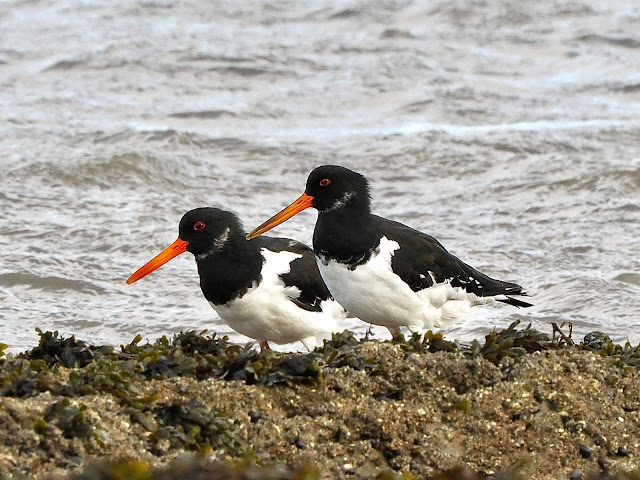 Massive numbers of gulls were in the east hoyle shore area, 80 Lesser, 180 Great-black Backs and several thousand Herring Gulls, lots of them were attracted by a wreck of Starfish and Razorclam shells. 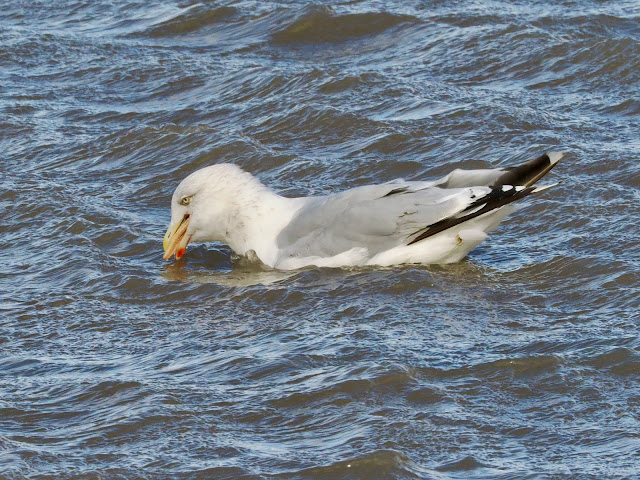 A Mediterranean Gull was also recognised among the gulls on the east hoyle. Around the islands were 3 Grey Herons and 6 Little Egrets on the shore. 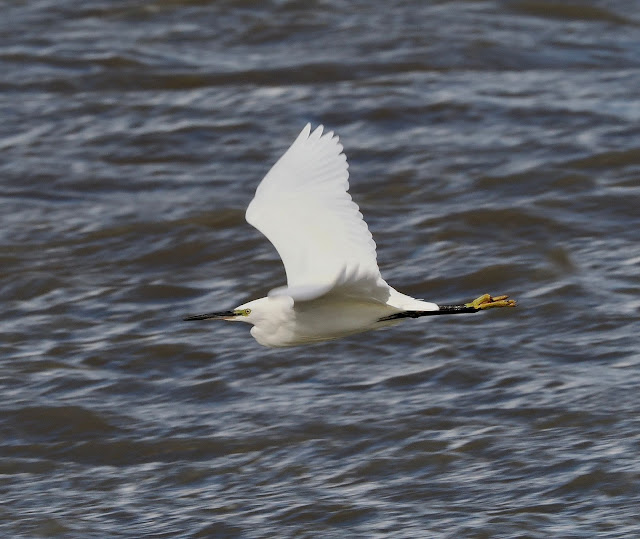 By contrast to all this 13 passing Swallows reminded us that summer is only just over.