The morning light heralded the rain to come. 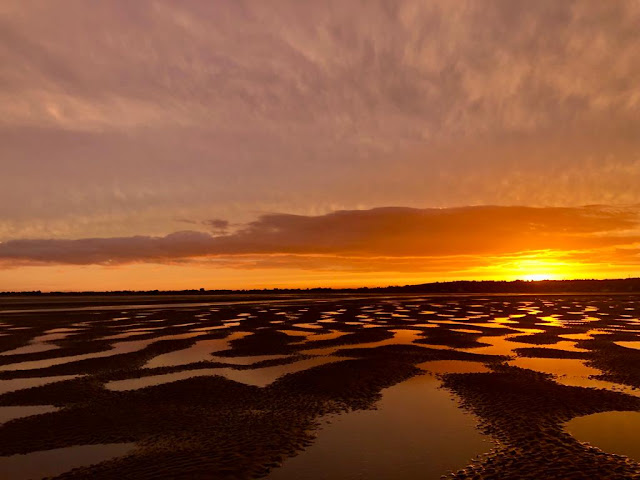 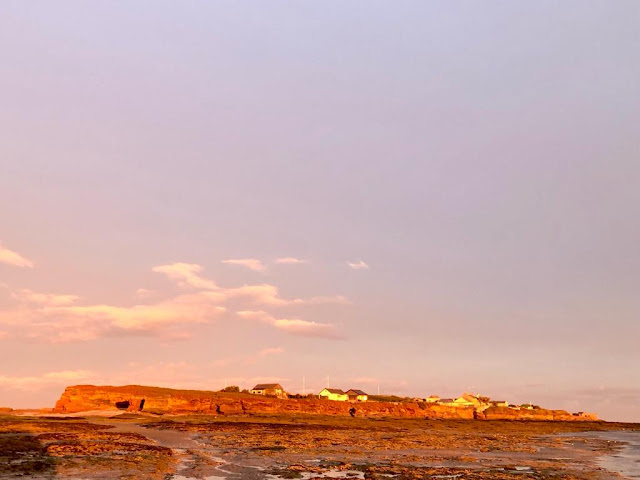 The Merlin was on the reef early in the morning, and later the same (or another) was on the island. 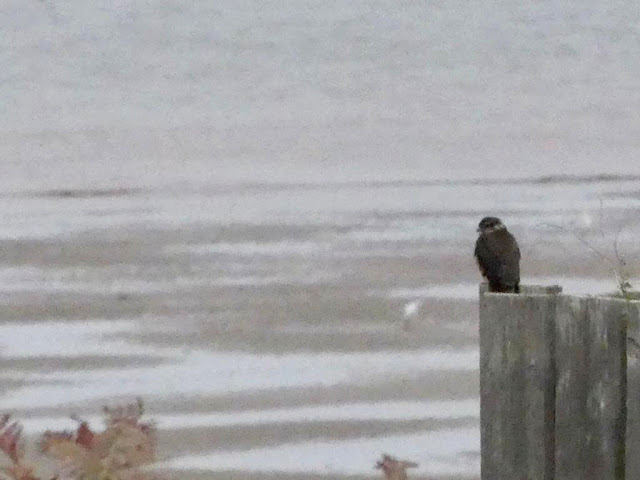 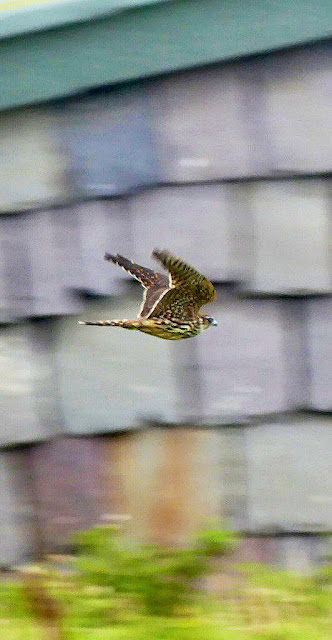 A Reed Bunting was also an early visitor and a few Meadow Pipits and Skylarks were passing south, while a Chiffchaff and Wheatear stayed a while. 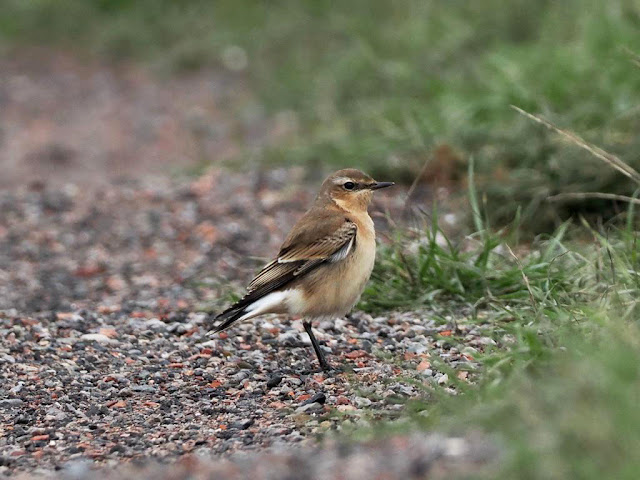 A Stonechat was found in the bracken and posed for some nice pictures. 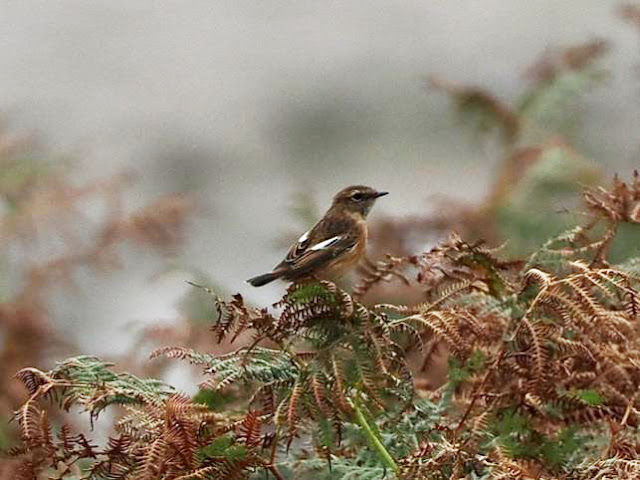 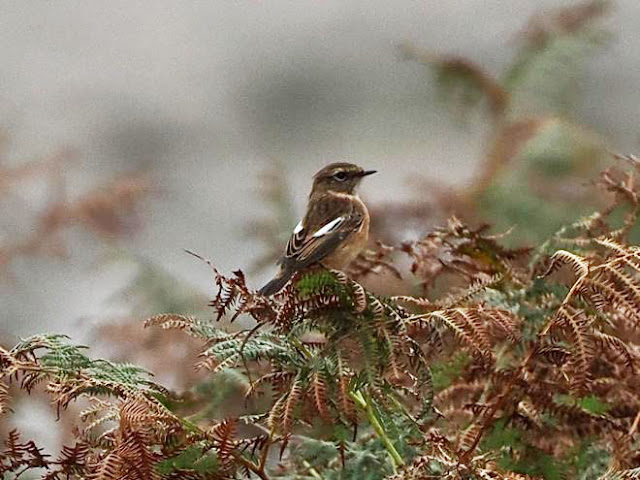 After the rain started at about 10 am, 5 Goldcrests decended on the island and one was caught for rimging together with a Robin. During the morning the tide was very low resulting in few waders to see, 12 Ringed Plover were the best and 45 Curlew were also logged. The Kestrel was present, also 6 Little Egrets and 2 Sandwich Terns, but the Brent were elsewhere this morning. Six Goosanders were about marine lake area, these hopefully will be with us through the winter (when the lake is not too disturbed).