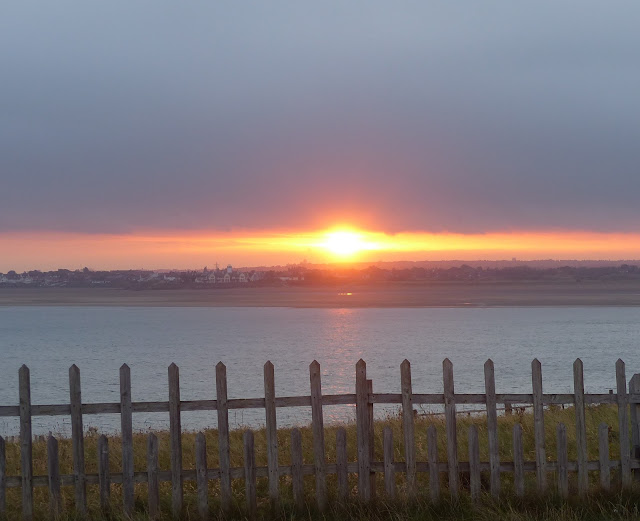 The Osprey that fished in the marine lake and hung around the Tanskies yesterday was seen again in the same area this morning before it flew off to the south. Four Shelduck flew into the estuary east of the islands, as did  2 Wigeon, and watching the Wigeon fly towards Little Eye is how the Osprey was noticed. Five Grey Herons flew from that direction towards the main island, disturbed by the Osprey. Terns settled on the island again, including both some of the 220 Sandwich and the 30 Common terns present today. 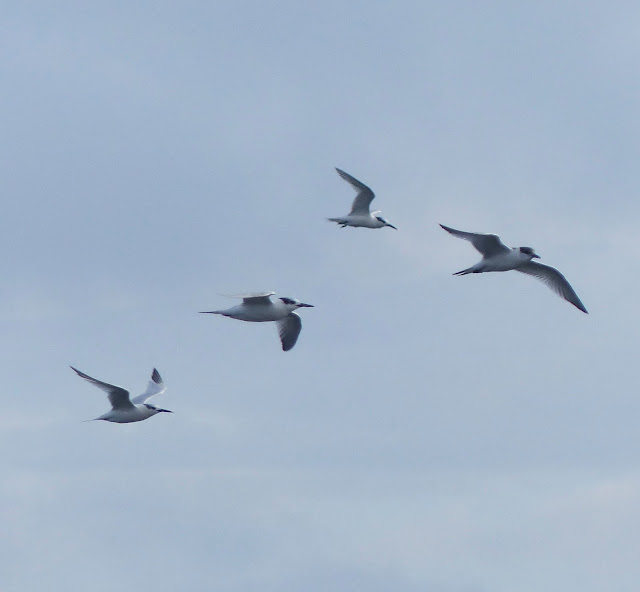 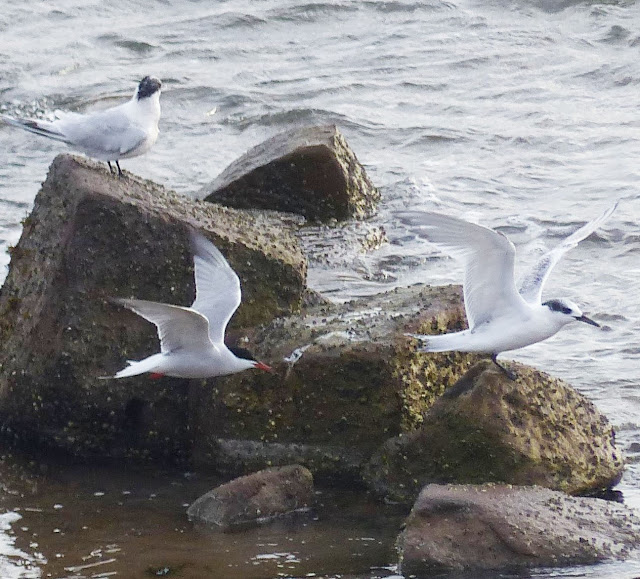 The only small migrants were a few dozen Swallows and 3 Wheatears. 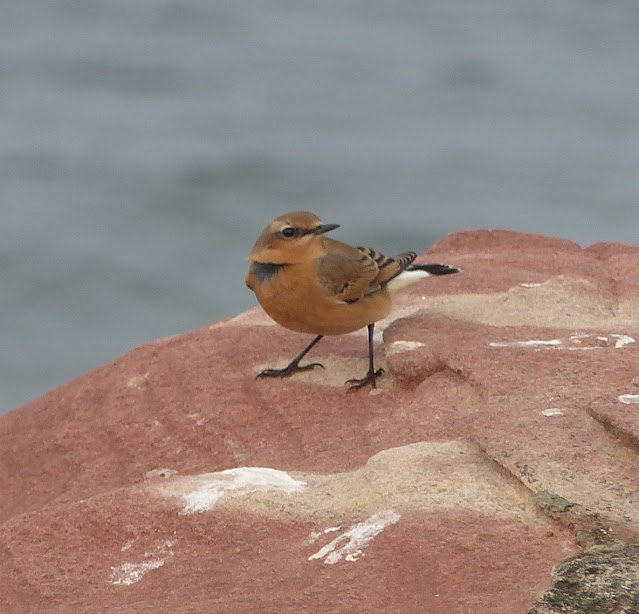 The best of the waders were 43 Ringed Plover, 11 Bar-tailed Godwit and a single Whimbrel. On the sea 12 Gannets were recorded also a Guillemot and a few dozen Common Scoter in small groups. The seal haul out on the West Hoyle today were in 2 distinct groups. A new mini haul out of 7 seals was on the Whaleback (gatherings of seals on the main island is most unusual). 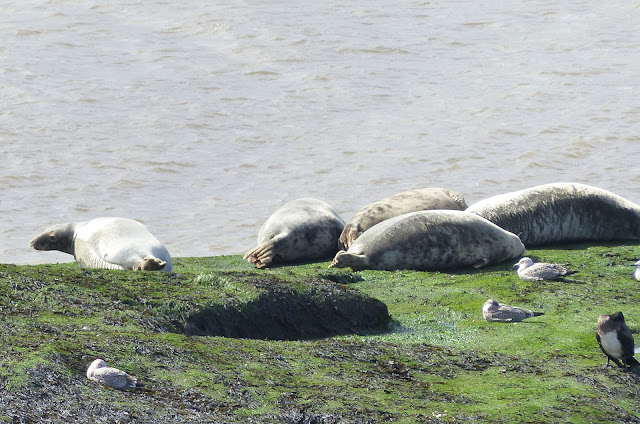 There were 12 Red Admirals flying, which was down on recent numbers but still a decent total. Lady's Bedstraw was in flower amongst the heather. 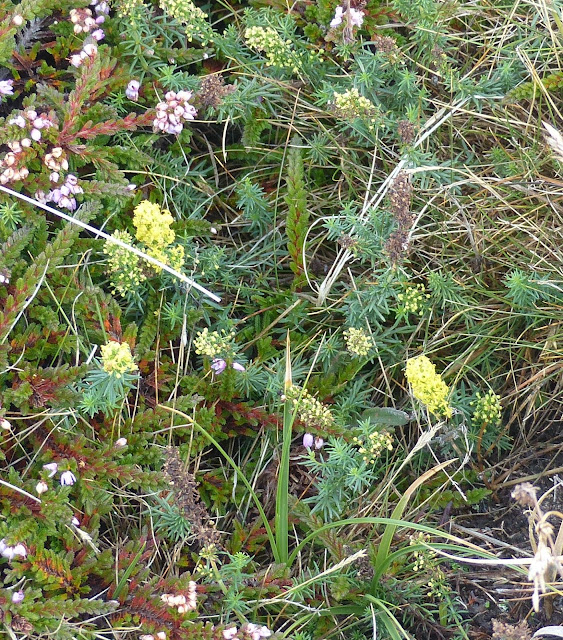 Photos AS
Posted by Colin Jones at 13:43