Today started like it was going to be another quiet day like several over the last week, then a Willow Warbler in the obs garden gave hope of better things to come. Three Shoveler flew north up the west side lifting spirits as Shoveler are still a scarce species here although occuring more frequently lately. 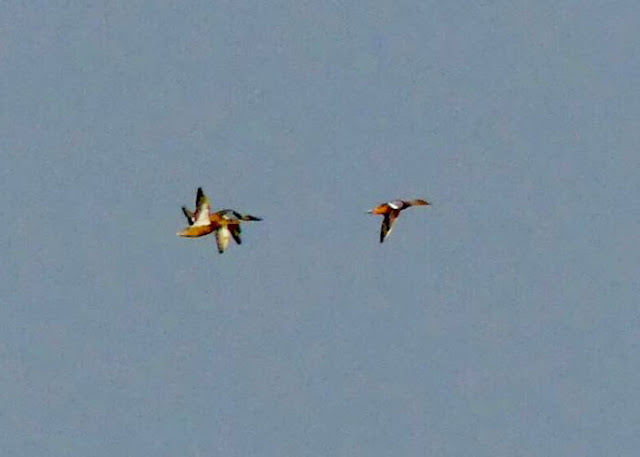 During the day 35 Swallows flew south, while 4 Wheatears and another Willow Warbler arrived. 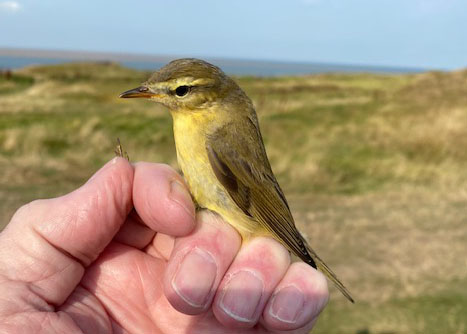 Later in the morning a Blackcap was also caught for ringing. 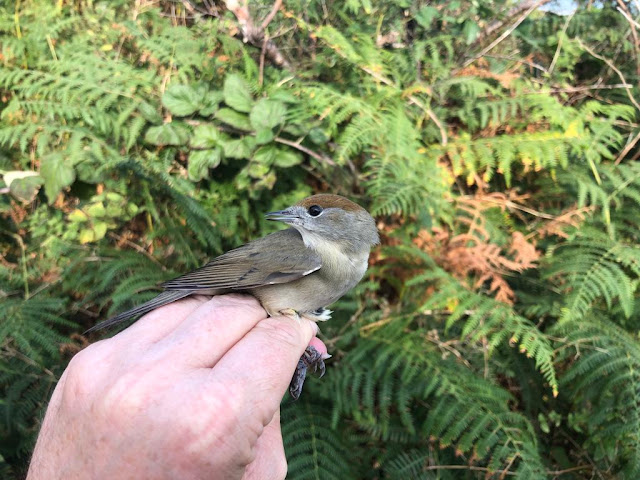 Soon after noon all the birds were put up by the gutter when a raptor came 'in off' over the east hoyle, flying low over the beach it was initially thought to be a Marsh Harrier but was soon seen to be a Common Buzzard which landed on the beach opposite the obs. It moved a couple of times harassed by gulls then went off east towards Pinfold lane and finally disappeared. Buzzard is much rarer than Marsh Harrier, Hen Harrier or Osprey ‘on or over’ the recording area! 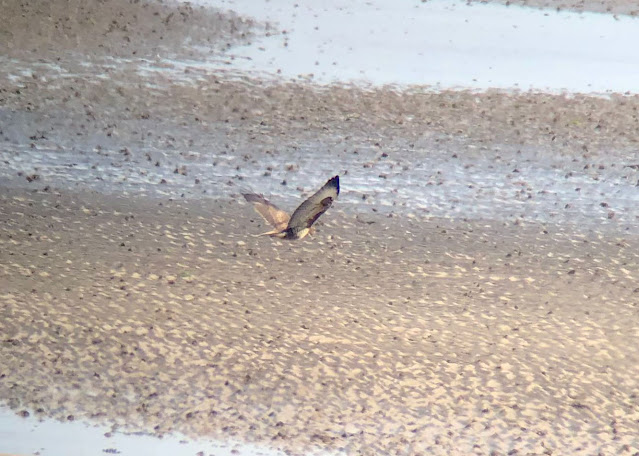 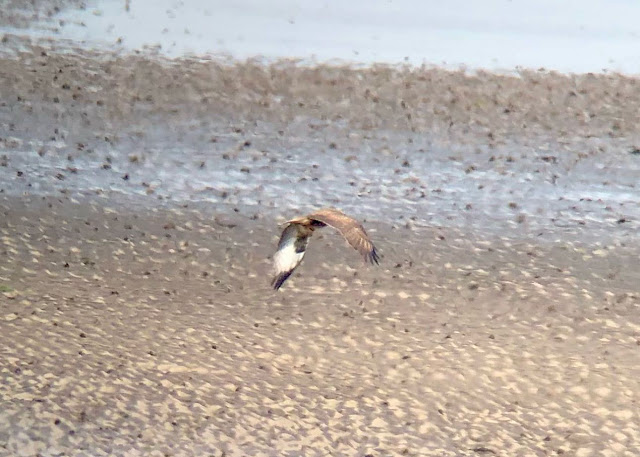 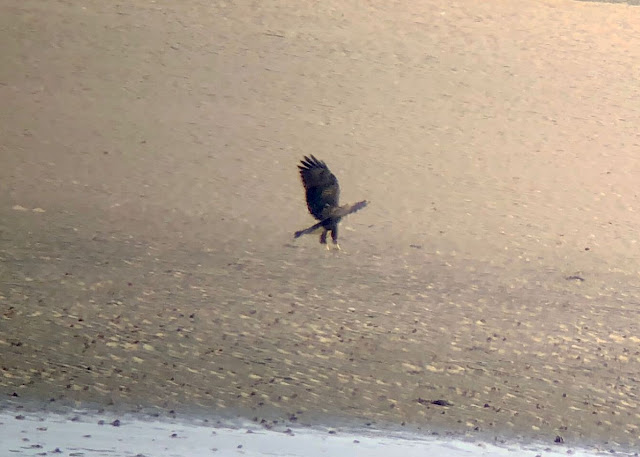 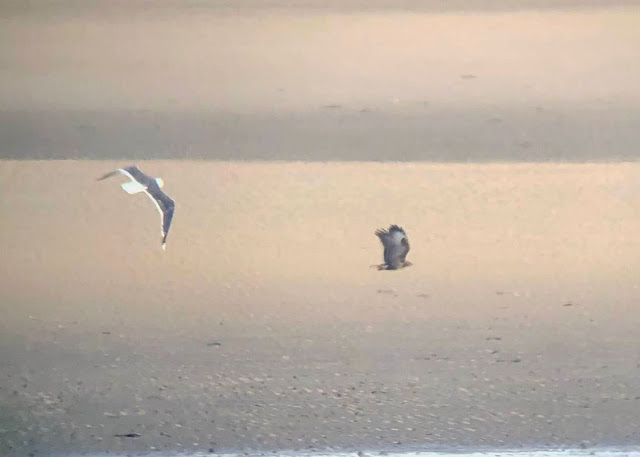 Visiting birder Stu Brown who was on the island for the high tide found no less than 5 Curlew Sandpipers among the waders on the east side and later 3 were still between Middle and Little as the tide ebbed. One shown here between 2 Dunlin. 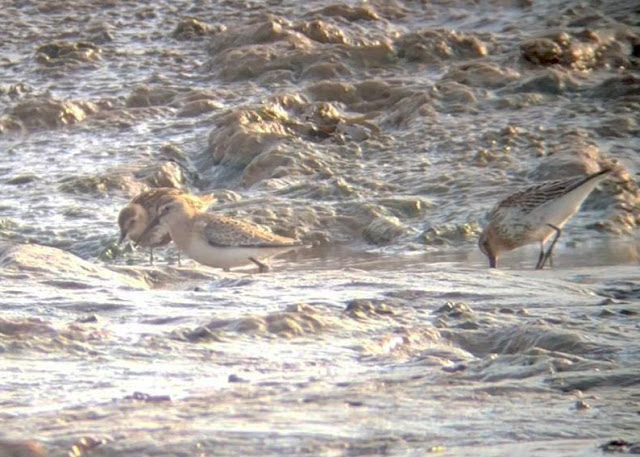 Also at high tide a Spotted Flycatcher chose this time to visit the obs garden and indeed sat for a time on the veranda hand rail. 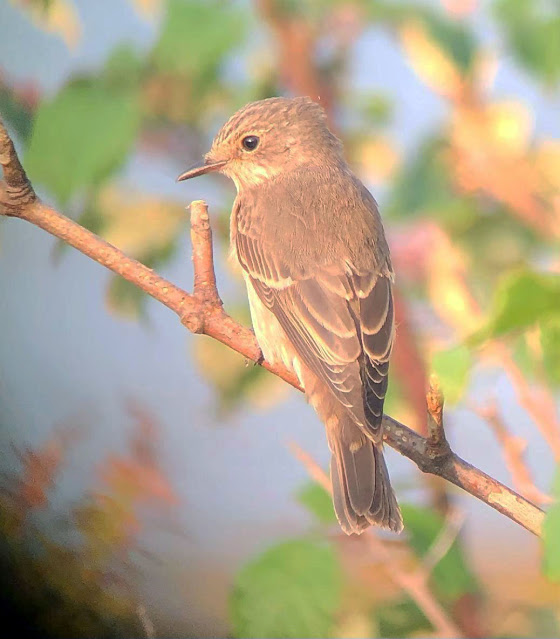 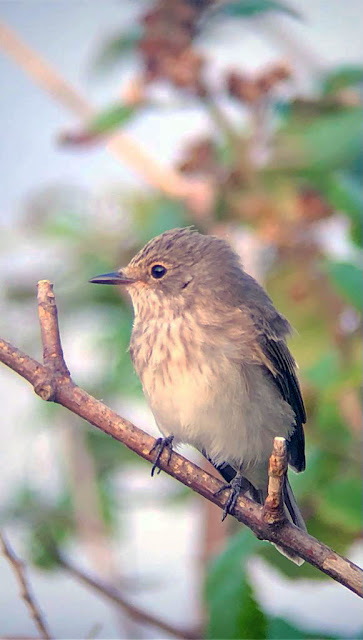 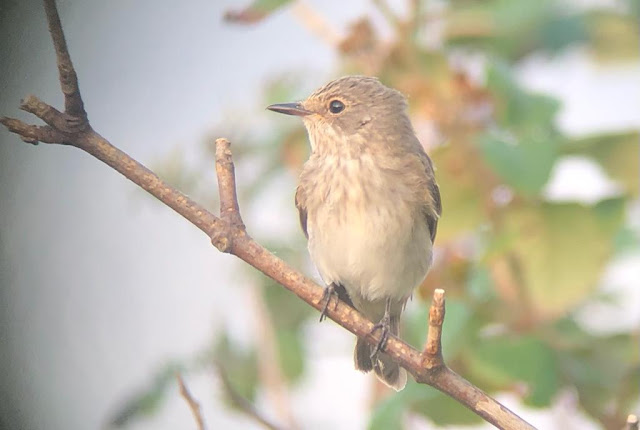 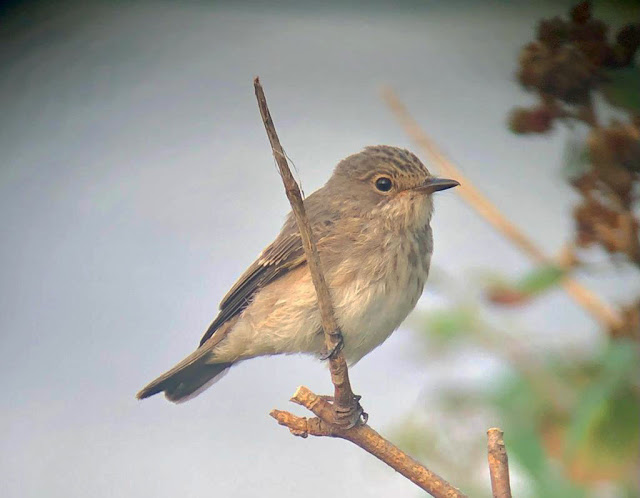 As the tide ebbed our member heard a Greenshank and practised his wader calling skills and amazingly 6 turned up to feed. As many as 6 at Hilbre is a rare event. 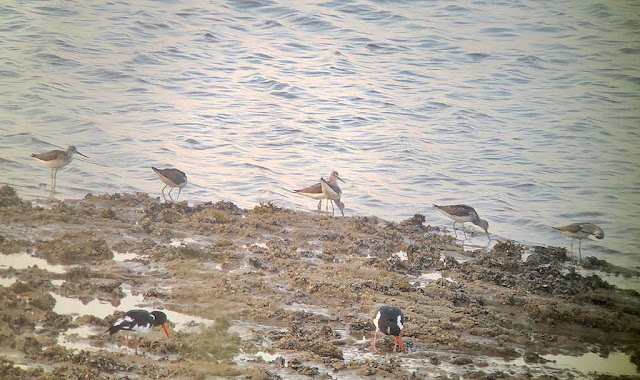 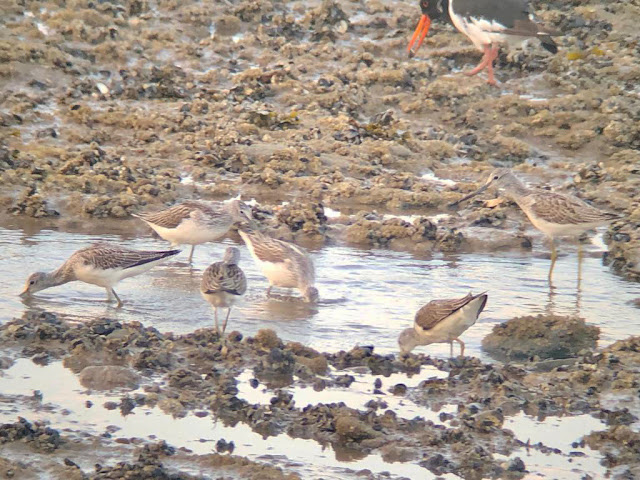 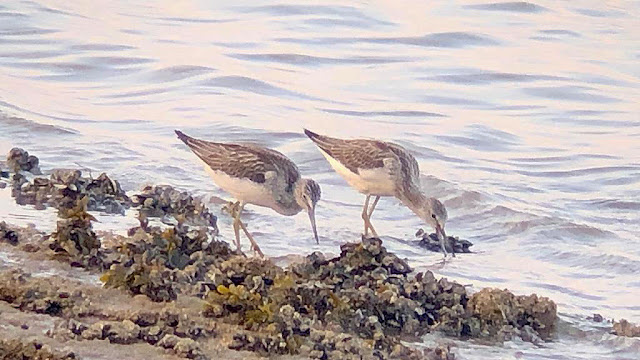 Lots of other waders about today included over 3,000 Dunlin, over 200 Ringed Plover, 180 Sanderling and a fine summer plumaged Grey Plover below the obs. No Shag seen today but 220 Cormorants included the green colour ringed bird on the whaleback. 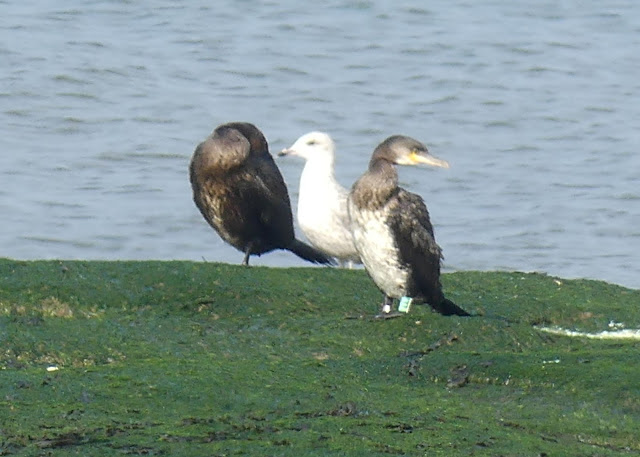 Four Gannets were seen in the morning, while Sandwich Terns are now becoming scarcer as they move on south, but 3 Little Terns were some compensation. Red Admirals arrived in numbers off the sea, certainly over 50, many were ushered out of the heligoland traps. A good number of Small Whites also flew today. After a very uneventful beginning it was a splendid early autumn day.